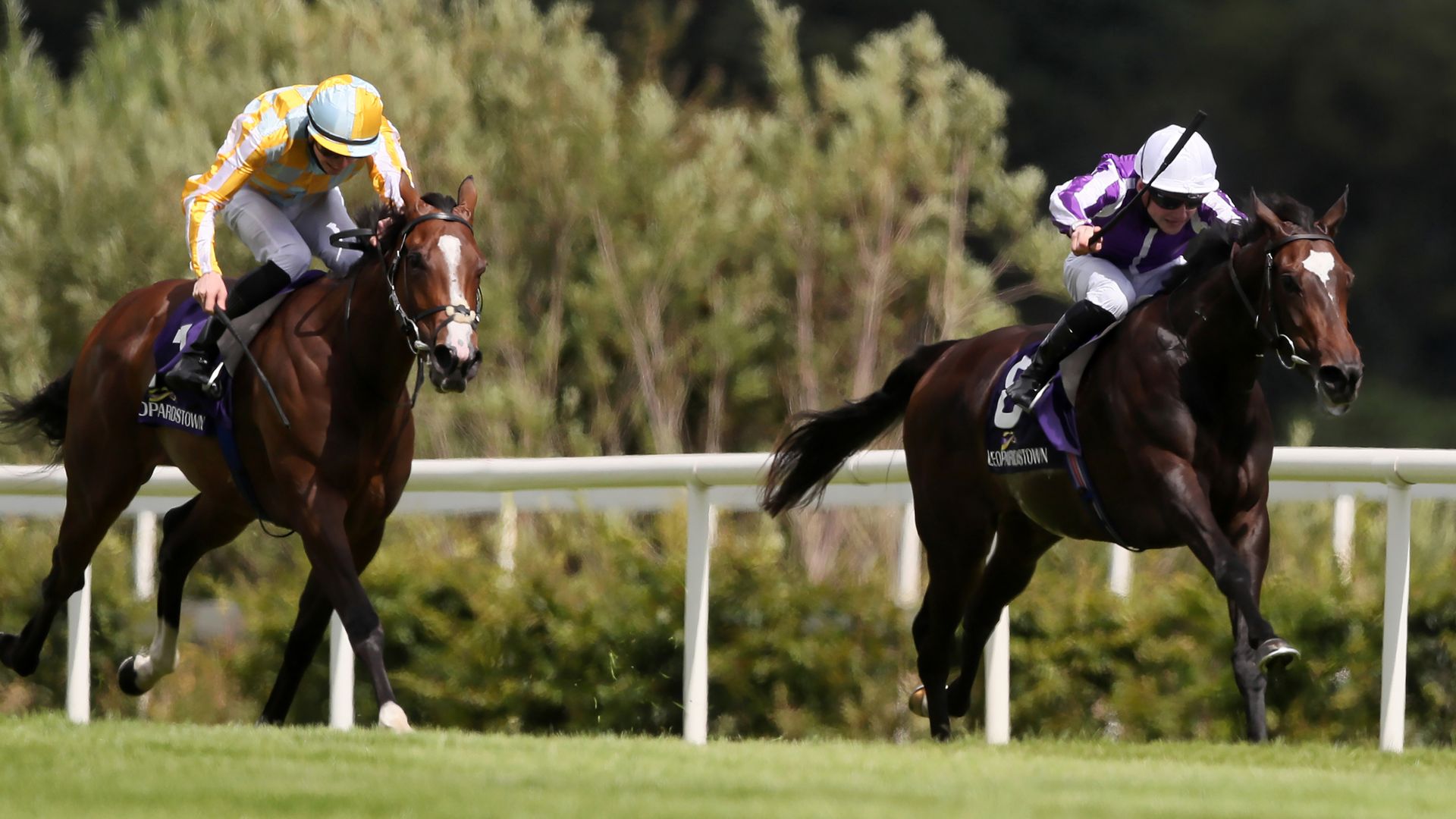 Apprentice Gavin Ryan gained the biggest success of his career so far when steering Shale home in the Frank Conroy Silver Flash Stakes at Leopardstown.

Ryan was unable to claim his 5lb allowance, but he justified trainer Donnacha O’Brien’s faith with a confident ride on the daughter of Galileo out of Homecoming Queen, the 1000 Guineas winner of 2010.

Shale, one of two runners in the Group Three for her trainer, had got off the mark on her second start at Gowran and took the step up to Pattern company in her stride.

Ryan had Shale (14-1) close to the strong pace set by Finest and set sail for home over a furlong out.

She got first run on the 2-1 favourite Pretty Gorgeous, who could make no impression close home and was a length and a half down at the line.

The pair were three and a half lengths clear of A Ma Chere in third place just ahead of Snowfall.

O’Brien said: “She did it well. Obviously she improved from her maiden and her work was good. The race worked out nicely as they went a good gallop and she got a nice tow into it.

“To look at her you would say she wants quick ground, so I was a bit surprised how well she handled it (soft ground) the last day.