A few months ago, Hall of Fame trainer Freddie Roach mentioned the scenario of his star fighter, WBA welterweight champion Manny Pacquiao, moving up in weight to pursue more titles.

Pacquiao is willing to face Golovkin – if the fight take place at the welterweight limit of 147-pounds. Anything above that weight, says Pacquiao, is too big for him.

“As long as it is 147-pounds, I am okay with that. But if it’s above that, it’s too big for me,” Pacquiao told The Manila Times. 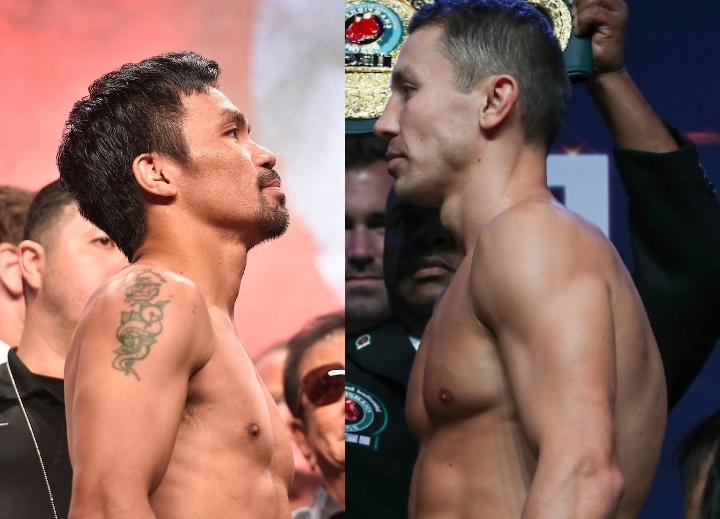 Golovkin weighed in at 159.2-pounds for his last match in October 2019 for the against Sergiy Derevyanchenko.

Pacquio weighed in at 146.5-pounds in his split-decision win against the previously undefeated Keith Thurman in July 2019.

The fight took place at a catch-weight of 150-pounds and Pacquiao dished out a brutal beating on Margarito, who was never the same after that contest.

Even for that fight, Pacquiao weighed in at 144, while Margarito was 150.

Despite the one-sided nature of the fight, Pacquiao found Margarito to be too big and never returned to a weight above 147.

“No more. I did not really have a hard time then, but he was too big,” Pacquiao said.

However, the 41-year-old Pacquiao did not immediately rule out the idea of having Golovkin squeeze down to 154.

Golovkin, at this stage, is not likely to get down to 154 – and there would be no real upside for Pacquiao to take that risk.

“154? Hmmm. It depends I guess, but there’s no negotiation [between us and the Golovkin camp],” Pacquiao said.

At the moment, there is no concrete information regarding Pacquiao’s next fight.