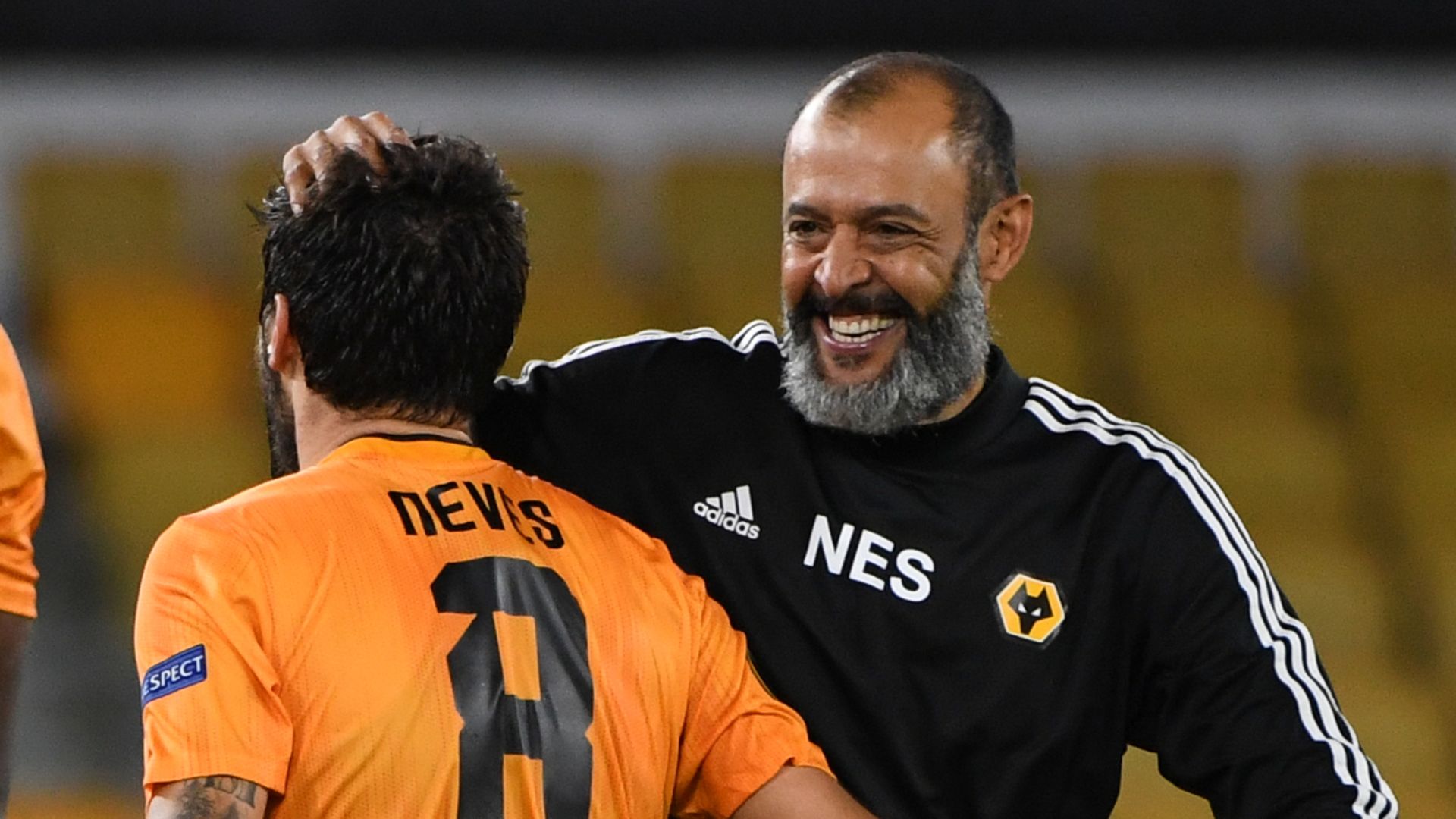 Nuno Espirito Santo has told Wolves to put their holidays on hold after they booked a Europa League quarter-final showdown with Sevilla.

Raul Jimenez’s early penalty clinched a spot in the last eight as Wolves beat Olympiakos 1-0 in their last-16 second-leg tie on Thursday, squeezing through 2-1 on aggregate.

They now head to Duisburg in Germany for Tuesday’s one-off last-eight tie against the five-time winners – the first time the club has reached a quarter final in Europe since 1972.

Goalkeeper Rui Patricio saved from Kostas Tsimikas and, late on, produced a fine reaction stop to deny Ahmed Hassan, while Mohamed Camara had a goal disallowed by VAR for the visitors.

Wolves’ squad and staff gathered on the pitch after the game having extended a season which started over a year ago, and Nuno is eager for a final push.

He said: “I told the boys, ‘OK our holidays must wait. We will have them, but not now’. It was the last game at Molineux this season, we miss our fans, it’s not the same but the boys must be proud. Let’s hope we are together again at Molineux.

“We started with Crusaders a long time ago, more than a year ago. Everyone has to realise that it’s been a long, long season. We’ve had a fantastic victory which allows us to be in the last eight, it’s huge.

“I don’t know how many miles we’ve travelled, it’s crazy. That’s what I said to the players. Football gives us good moments and bad moments but it’s also enjoyable to compete.

“Now we will rest and we’ll focus on Sevilla. We are going to face a very good opponent. It’s going to be tough but let’s make this final effort. It’s challenging ourselves.”

Wolves lost Jonny to injury in the first half and the wing-back is likely to face a race against time to face Sevilla.

In contrast to in-form Patricio, Olympiakos goalkeeper Bobby Allain, in for the injured Jose Sa, was at fault for the winner.

Striker Jimenez stroked in his 27th goal of the season from the spot but Wolves needed Patricio to ensure they progressed.

He saved from Tsimikas in the first half before an excellent reaction stop denied Hassan the chance to take the game to extra time.

Wolves also went close through Podence and Willy Boly but the Greek champions could not recover from their early mistake.

Boss Pedro Martins said: “In the first game we drew 1-1 with a red card and here the team was prepared to face Wolves.

“We didn’t score our goals, we also had some mistakes, but I’m very proud of my players.

“We’ve made a fantastic journey after only a year and this is one of the best season’s for Olympiakos in Europe. That’s what we did, this team and players.

“I prefer not to speak about VAR, I prefer to watch the game and talk about after. I need to observe more realistically. What I didn’t like was the time the game was stopped for, this is not good for football.”