Sean McComb knows he has a tricky test against Siar Ozgul next week – but is determined to produce a spectacular performance there to pave the way for his highly-anticipated move into the lightweight division.

Unbeaten McComb (10-0, 5 KOs) goes up against Ozgul (15-4, 3 KOs) on an #MTKFightNight at Production Park Studios in Wakefield on August 12, live in the US on ESPN+ in association with Top Rank and worldwide on IFL TV.

It is set to be McComb’s final fight at super-lightweight before dropping to 135lbs, and he hopes to produce some fireworks before targeting big things in his new division.

McComb said: “Ozgul is a well-ranked fighter with a lot of experience. He’s fought big names like Viktor Postol and Anthony Yigit, so I’m very aware it’s a tough fight.

“I’m hoping a win here opens doors and opportunities for me at lightweight, where I can progress on the world stage in the next 12 months. I was due to move down to lightweight in April before the pandemic hit, so that’s been temporarily put on hold and now it’s Siar Ozgul.

“The last few months were tough due to everything going on, but it was time well spent at home with family, friends and my girlfriend. I was grateful for that time at home and now I’m ready to get back to work, back to winning and doing what I do best.

“I restarted camp with a new attitude, game plan and strategy. I’ve been able to work on different things, and I feel I’m coming out the back of this pandemic better than I was before.” 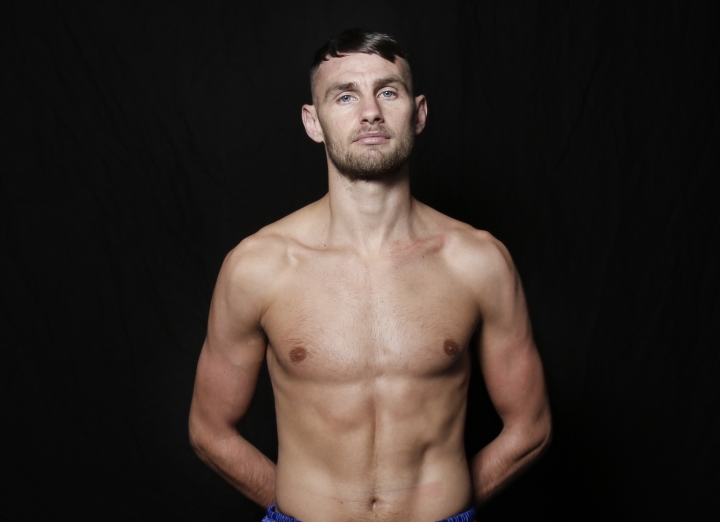 Kazakh hero Kunkabayev has achieved plenty of success during his amateur career, including multiple national titles and silver medals at the World Championships and Asian Championships in 2017 and 2019.

He is also the captain of the Kazakhstan national boxing team, and is eligible to represent his country in the super-heavyweight division at the upcoming Olympic Games in Tokyo.

Kunkabayev will now continue his career under the guidance of MTK Global and Head of MTK Kazakhstan Askar Salikbayev, and he’s excited for the future.

Kunkabayev said: “I’m very pleased to be signing with MTK Global. I’ve been really happy with what I have achieved in my career so far and I’m confident that working with MTK and Askar Salikbayev can help me reach the top.

“I have some big goals that I want to accomplish in my career, so I can’t wait to continue proudly representing Kazakhstan and show everybody what I am capable of throughout the rest of my career.”

Undefeated 122 lb. southpaw, Oleh Dovhun, began boxing in his hometown of Stebnyk, Ukraine at 10-years-old where he amassed an impressive 347 amateur fights, was a member of the Elite WSB Ottoman Team, which produced greats like Vasyl Lomenchenko, and won 5 Ukrainian National Titles.

Now, at 26 with an undefeated professional record of 10-0, Dovhun, made the move to Pittsburgh, PA and has been training out of the Conn-Greb Boxing Club under trainer MICHAEL MCSORLEY.

“Oleh is the slickest fighter I have ever worked with,” said McSorley, “he is hard to hit and punishes you at obscure angles.” Through 10 fights, Dovhun’s marquee win came in March of 2019 when he defeated then undefeated prospect Daron Williams (then 7-0 4KO’s) for the ABF Super Bantamweight Title.

The 24 year old prospect fought 6 times in 2019, winning the ABF Cruiserweight Title, and defending it three times in the same year. In July of 2019, Pinchuk defeated then undefeated prospect Johnnie Langston (then 7-0 3KO’s) by decision for the ABF Continental America’s Cruiserweight Title. Trainer Michael McSorley said this about Pinchuk, “Pinchuk is a throwback fighter who is a fearless and relentless terminator. He is a punishing counter puncher.” Pinchuk who tries to emulate himself after his favorite fighter, heavyweight champion, Tyson Fury, will now be campaigning at heavyweight heading into the second half of 2020.

Star Boxing CEO JOE DEGUARDIA had this to say about the signing of Dovhun and Pinchuk, “I am very excited to add Oleh and Lyubomyr to the talented stable we have at Star Boxing. Oleh is an exciting fighter in a hot 122 lb. division, and Lyubomyr is a good prospect in a hot heavyweight division. With their skill set, we know with the right opportunities both Oleh and Lyubomyr will prove they belong in the ring with the elite in their respective divisions. I look forward to working with them and for what is to come.”