While Europe is slowly getting back to its new normal, Belarus is at the front line of a boxing revival – thanks in part to British promoter Al Siesta, his efforts united with those of local former Olympian Khavazhy Khatsygov, who staged a fan-friendly, intensive streak of events at the DiaMond in Minsk. Five tourneys in just twelve days is five times more than a number of shows, conducted in Belarus in 2020 before that. The final point was a flashy one – with two events in two days this Monday and Tuesday. 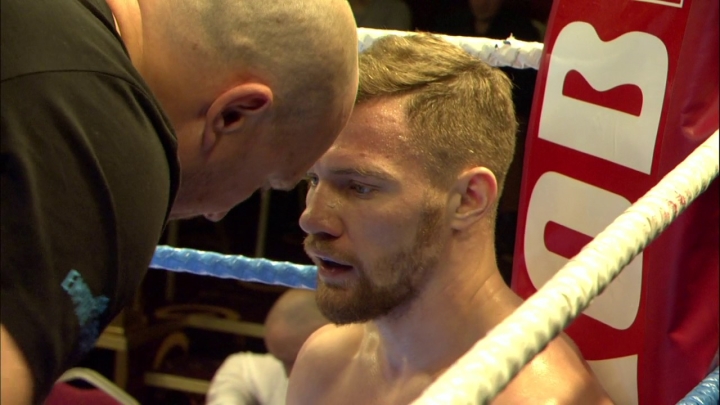 Previously unbeaten Sergey “Hooligan” Shigashev (9-0-1, 4 KOs) suffered the first blemish of his career by being dropped in the second round and barely surviving the fight against Kingsley Egbunike (5-1-1, 1 KOs) of the United Kingdom, fighting to an eight-round draw.

Shigashev, a former amateur standout, dropped the fight on one card (75-76) but got it even on the other two (76-76) – thus making it a draw. Shigashev was fighting for the first time in almost two years.

Experienced Russian journeyman Alexey Evchenko (19-13-1, 8 KOs), 37, outboxed and outfought much older Ukrainian Vitaliy Plotnikov (33-9, 15 KOs) over eight one-sided rounds in a battle of grizzled veterans. Plotnikov, 42, has lost his sixth straight and hasn’t seen a win in the ring since December 2015. Two judges had it 80-72, while the third had also one round even: 80-73.

In the main event, styles collided as a pressure fighter in Ismail Iliev (13-2-1, 3 KOs) clashed against pure stylist Asinia Byfield (14-3, 6 KOs) over ten rounds. Iliev mostly marched forward, Byfield was using his stiff jab to pepper the Russian fighter His actions had limited success as Iliev was more successful in going in, resulting in a dominant win on points. Final scorecards read as 98-92, 98-92 and 99-92 – for Ismail Iliev.

Newest Kazakh heavyweight strongman Zhan Kossobutskiy wasn’t too excited during his fight against well-travelled Polish journeyman Kamil Sokolowski. When he engaged into a fight though, the Pole was paying a painful price. He firstly went down on a combination of punches in the fifth, then he capitalized on Zhan’s lethargy. Then Kossobutskiy opened up again in the tenth, had Sokolowski reeling, and finally stopped him in the tenth with just 74 seconds to go. Kossobutskiy improved to 14-0, 13 KOs, while upset-minded Sokolowski drops down to 9-18-2, 3 KOs. He was previously stopped just twice – against renowned power hitters in Nathan Gorman and Dillyan White.

Light heavyweight Ali Izmaylov (4-0, 2 KOs) battered Czech-based Ukrainian Evgueny Makhteenko (10-14, 8 KOs) for four plus rounds until the fight was mercifully stopped at 2:33 of the fifth, the Ukrainian still reeling on his feet, struggling to counter his foe and being too brave to go down.

Light-punching but diligent Albert Khamkhoev (4-0) started slowly but engaged into an emotional encounter against Estonian veteran Pavel Semjonov. Both fighters produced their share of dirty tricks but Khamkhoev was one, who had an upper hand. Emotions erupted later in the fight but Semjonov was more hit by them than his opponent, making it a unanimous decision over eight: 80-73, 79-73, and 79-74. Semjonov drops down to 24-15-2, 9 KOs.