Liverpool could offer Yasser Larouci as part of any future offer

Liverpool have had a £10m bid for Norwich left-back Jamal Lewis rejected as they look to bring in cover for Andy Robertson.

The initial offer is said to be around half of what Norwich are looking for before they contemplate selling and will be confident of getting that as Lewis has three years left on his contract.

Liverpool could also include 19-year-old defender Yasser Larouci as part of the deal.

Crucially, Larouci is part of the ‘home grown quota’, so there is potential for a similar situation to the one that saw Kevin Stewart leave Anfield for Hull at the same time as Andy Robertson joined Liverpool in 2017.

Any potential deal for Lewis is very much dependent on the player’s wishes given he is used to playing regular first-team football. The 22-year-old made 28 Premier League appearances for Norwich last season.

With Andy Robertson first-choice left-back, game time is not guaranteed at Anfield.

Since Norwich’s relegation, reports have linked Max Aarons with a move to Bayern Munich and Ben Godfrey with a move to either AC Milan or Bayer Leverkusen. 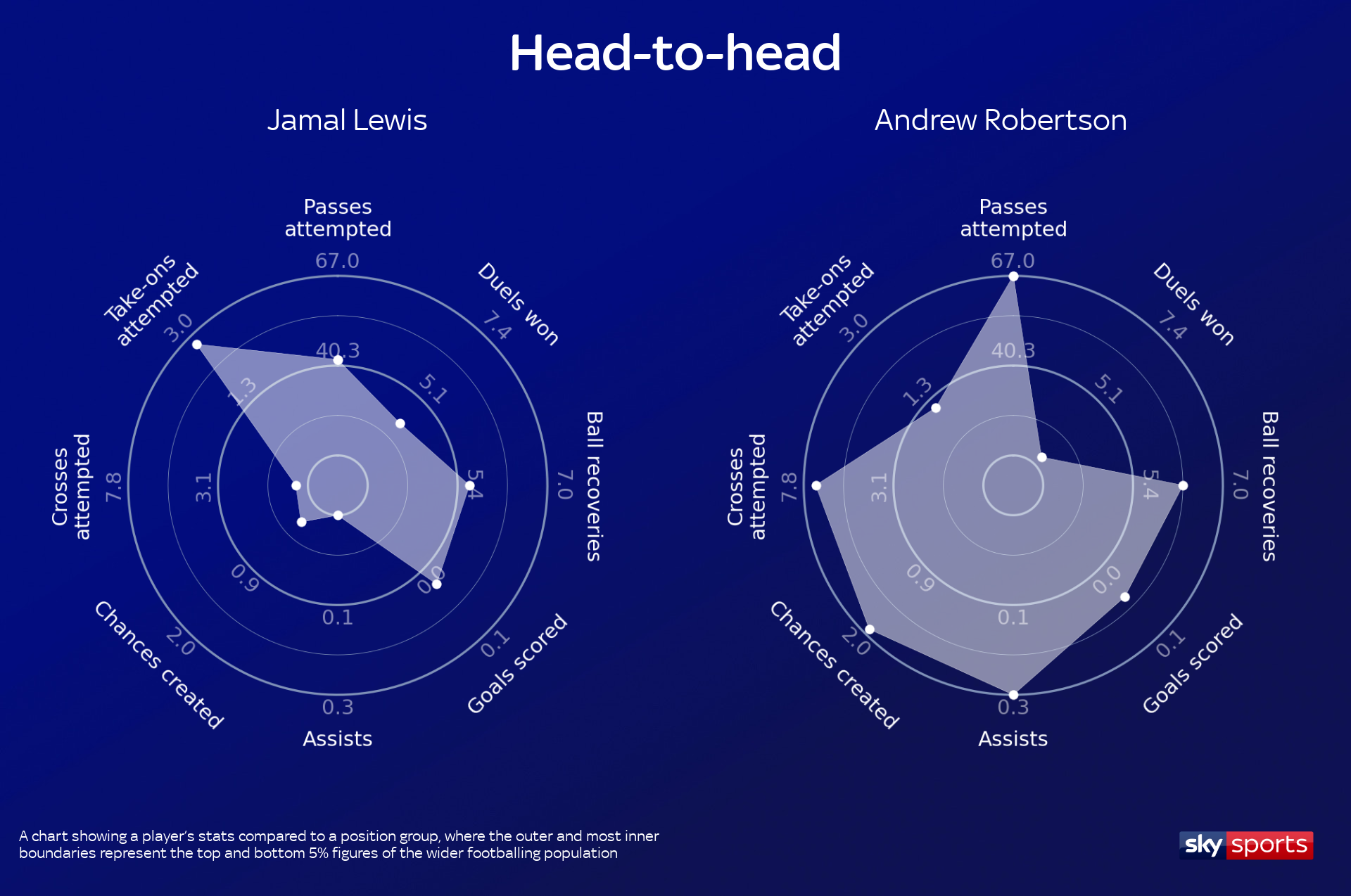 Liverpool have been quiet in the transfer market of late, only youngsters Harvey Elliott and Sep van den Berg, along with goalkeeper Adrian joined last summer, with Takumi Minamino added in January.

However, Liverpool have been looking at left-back cover for a long time and the departures of Dejan Lovren and Adam Lallana could mean the club are going to be doing more business this summer.

Analysis: ‘A dream move – but how much would Lewis play?

“Liverpool are not going to do any blockbuster transfer deals this summer. They’re aware of the impact of the pandemic and they’re going to be very careful when it comes to spending.

“They don’t need that many players but one area they do need to look at is back-up for Andy Robertson and Jamal Lewis is on their list. There’s a lot of interest in quite a few Norwich players following their relegation.

“Liverpool value him at about £10m but I don’t think that will be enough for Norwich, who are looking for around double that. One thing that could help the deal would be if Yasser Larouchi was involved. But I think it’s going to come down to Lewis. It’s a dream move but, realistically, he’s not going to play that much; he’ll be the understudy.”

“Liverpool have to improve because if you look at the likes of Chelsea at the moment, Man City are going to improve, Man Utd have had a run that has taken them into the Champions League once again.

“And Klopp talked to us after the game about Curtis Jones and he could not help let it slip that he is ready now, they are very excited about what he can produce for Liverpool FC. Adam Lallana has left a space and Jones can more than fill that and become an influential member of that squad as there is a lot of excitement at what he can achieve in a red shirt. And he is taking on the No 17 shirt next season, which of course in the early years was Steven Gerrard’s.”