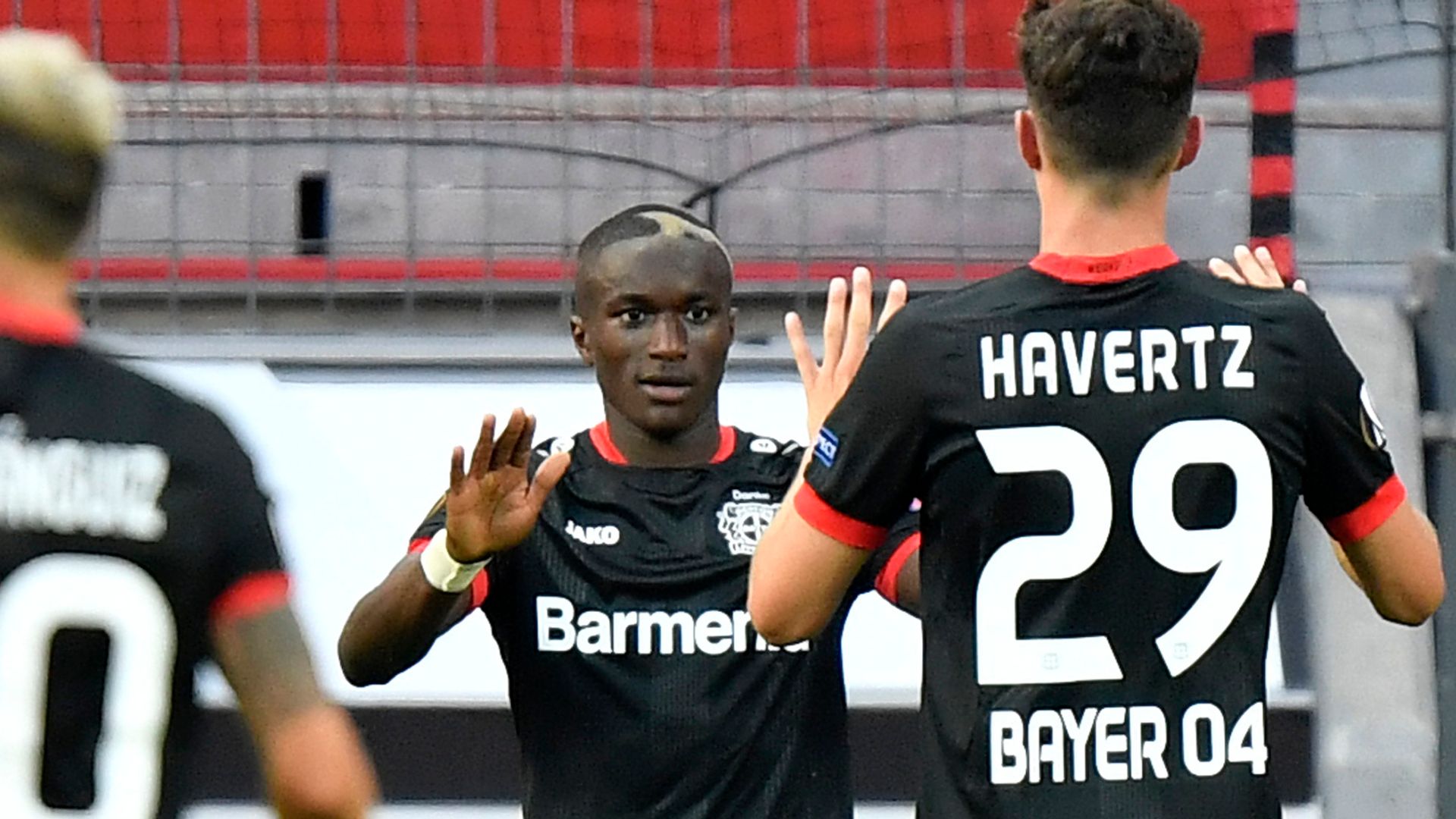 Rangers’ Europa League adventure came to an end at the last-16 stage as Moussa Diaby’s strike earned a 1-0 win for Bayer Leverkusen, completing a 4-1 aggregate victory for the Bundesliga side at the Bay Arena.

The visitors had not reached the last eight since 2007/08, when they reached the final, but it was always going to prove a tough ask for the Scottish side given the 3-1 defeat at Ibrox in March.

Diaby’s fine finish six minutes into the second period decided the contest while the closest Rangers came to a goal on the night fell to defender Connor Goldson, but his header was cleared off the line.

Rangers’ campaign started 395 days ago in Gibraltar, but their focus will now return to Scottish Premiership action on Sunday with the visit of St Mirren while Leverkusen progress to face Inter Milan in Dusseldorf on Monday.

Man of the match: Moussa Diaby.

How Rangers’ run came to an end

Leverkusen had not played since their defeat to Bayern Munich in the German Cup Final on July 4, while Steven Gerrard’s team followed up an impressive pre-season campaign by kicking off the new domestic season with victory over Aberdeen.

Rangers went into the game with a vibrancy and momentum that comes from a couple of shrewd summer signings and no doubt with a reminder that some of their best performances last season came away from home in this very competition, collecting wins at Braga and now Danish champions FC Midtjylland as well as draws at Porto and Feyenoord.

Having shown themselves to be a very capable side away from home, this was very much a free hit, and Rangers showed early promising signs. Brandon Barker and Ryan Kent were bright, with their pace troubling the Leverkusen defenders, while Goldson and Filip Helander both looked solid at the back.

It took until the 17th minute for the first chance to arrive, and it came through a likely source as Kevin Volland set up Kai Havertz from Lars Bender’s dinked ball into the box, and the man touted to join Chelsea this summer thundered his snap shot against the top of the crossbar.

Rangers hadn’t heeded the warning sign as six minutes later, Havertz was presented with an even better opportunity as he collected Exequiel Palacios’ pass over the head of Helander but, with the goal at his mercy, the forward dragged his effort wide of Allan McGregor’s left-hand post.

Paulinho missed out for Bayer Leverkusen after rupturing his cruciate ligament and Karim Bellarabi failed to recover from a muscle problem. Nadiem Amiri was also out of the showdown having been placed in quarantine after coming into contact with a close friend who tested positive for coronavirus. Kai Havertz started despite interest from Chelsea.

Rangers made three changes to the side that beat Aberdeen 1-0 at the weekend. The big news was that Ianis Hagi dropped to the bench as Brandon Barker started. Filip Helander came in for the ineligible Leon Balogun while Glen Kamara’s suspension handed a start to Steven Davis. Alfredo Morelos led the line once again.

Alfredo Morelos – who Gerrard later said has had his “head turned” by speculation surrounding his future – cut a lonely figure at times, and the visitors failed to register a single shot at goal in the opening 45 minutes as the half ended with another Leverkusen chance.

Havertz, with nine goals in his previous nine games for his side, was the architect this time as his measured pass found the right foot of the shot-happy Diaby but his volley failed to trouble McGregor.

16: OFF THE BAR!What a talent Kai Havertz is. He only needs half a chance to show his qualities as Volland sets him up from Lars Bender’s dinked ball into the box, and the Chelsea target’s left-foot snap shot clips the top of Allan McGregor’s crossbar!

22: WIDE! What a chance for Havertz. Diaby lays it back to Palacios, whose lofted pass finds Havertz free of the last defender, but inexplicably he strokes his left-foot shot wide of McGregor’s left-hand post! He should have buried that.

38: OVER! Tavernier is robbed down the left as Havertz looks up and plays a brilliant left-footed ball over the top of Filip Helander right onto the boot of Diaby but the shot again flies over the bar!

54: SAVE! Havertz gives up another good opportunity to mark what could prove his Leverkusen swansong on home soil with a goal as he gets free down the left but his shot across the six-yard box is saved by the feet of McGregor!

That was Diaby’s fourth attempt during a lively first half but he made amends for his previous misses to give Leverkusen clear daylight six minutes into the restart. Charles Aranguiz spotted the winger’s well-timed inside run and once clear of Helander, the rising shot was too much for McGregor to prevent from finding the roof of the net.

Rangers were by now on the ropes, and the hosts very nearly extended their lead when Havertz again found himself one-on-one with McGregor, but this time his strike was too close to the Rangers stopper, who kept out the effort with his feet.

Gerrard began to ring the changes to freshen up his tiring side in the sweltering heat, but it was two of his starters who nearly combined for an equaliser as Goldson rose to meet Borna Barisic’s free-kick, but the impressive Edmond Tapsoba was back to clear off the line as Rangers finally waved goodbye to last season.

Analysis: A bridge too far for Rangers

“I think the truth is that nobody expected Rangers to progress tonight and they gave a reasonably competent performance but it was a tie too far.

“They replaced Sven Bender with Jonathan Tah – a nine-cap German international from the bench to show the calibre of player they have at their disposal.

“Crucially, this run will help Scotland’s co-efficiency. We’re now up to ranked 14th which is really beneficial for the country.”

Man of the match – Moussa Diaby

There was no redemption in the Rhineland as Rangers’ Europa League campaign came to an end and Peter Bosz’ impressive Bundesliga outfit will now march into Monday’s quarter-final shootout with Inter Milan.

They will hope Diaby brings the same level of performance to Germany. His early second-half strike sealed this 4-1 aggregate triumph – the French Under-21 ace expertly took Aranguiz’s pass on his chest and his feet did the rest, rifling into McGregor’s net.

The format of the final stages of the competition has been amended with the quarter-finals, semi-finals and final all now set to be held in North Rhine-Westphalia, Germany.

Bayer Leverkusen will face Inter Milan in a one-legged tie at Merkur Spiel-Arena in Dusseldorf on Monday. Rangers return to Scottish Premiership action this Sunday, hosting St Mirren at 3pm.