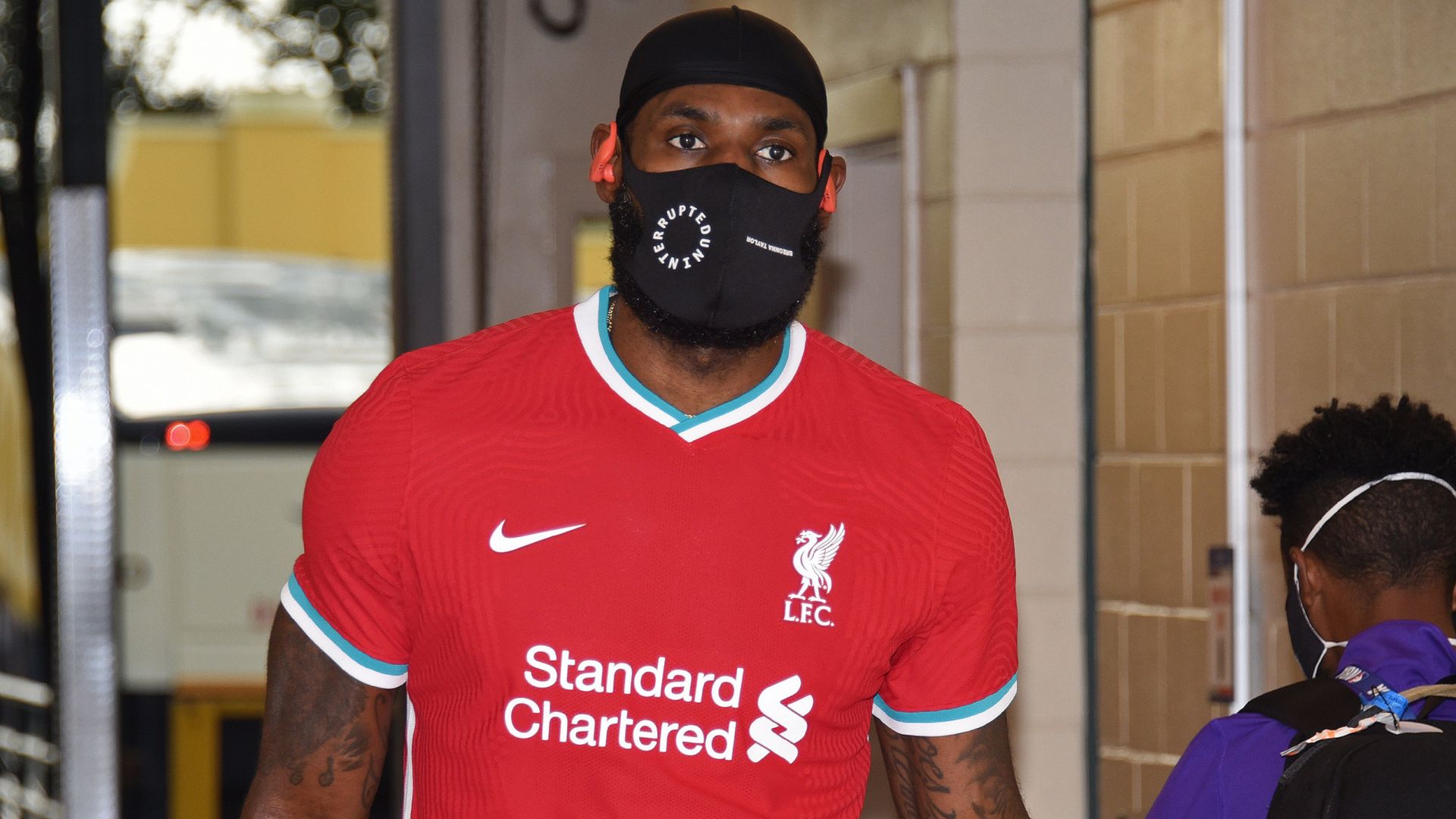 LeBron James said the NBA community will not be “sad'” to lose Donald Trump’s viewership after the US president called kneeling for the national anthem “disgraceful”.

Speaking in an interview on Fox & Friends on Wednesday, Trump voiced his disapproval at players kneeling to protest against systemic racism and police brutality, adding “what I do is personally turn off the game”.

James was asked for a response to Trump’s comments following the Los Angeles Lakers’ 105-86 loss to the Oklahoma City Thunder on Wednesday night at HP Fieldhouse.

“You trying to make me laugh right now?” James said. “I really don’t think the basketball community are sad about losing his viewership, him viewing the game. And that’s all I got to say.

“I think our game is in a beautiful position and we have fans all over the world,” James added. “Our fans not only love the way we play the game, we try to give it back to them with our commitment to the game.

“But we also respect what else we try to bring to the game and acknowledge it – what is right and what is wrong. And I hope everyone, no matter the race, no matter the colour, no matter the size, will see what leadership that we have at the top in our country and understand that November is right around the corner and it’s a big moment for us as Americans.

“If we continue to talk about, We want better, we want change, we have an opportunity to do that. But the game will go on without his eyes on it. I can sit here and speak for all of us that love the game of basketball: We could care less.”

James had 19 points and 11 rebounds for the Lakers (51-16), who had another sub-par offensive performance while dropping to 2-2 in the bubble in a defeat in which they don’t not hold the lead for the first time all season.

“I think we had some great possessions,” James said. “I think sometimes we have some bad shot selection throughout the course of these games, but I think we got some great looks. Our defense is pretty good. We only allowed the Thunder to shoot 43 per cent from the field. We will get our rhythm and start making some.”

James also reflected on life inside the NBA’s central Florida campus and its possible impact on the Lakers, who clinched the No 1 seed in the Western Conference with victory in their previous game, a 116-108 win against the Utah Jazz, on Monday night.

“It is a totally different situation to any other situation I have been in in my career. I have zero experience of having the No 1 seed inside a bubble during seeding games, playing in August.