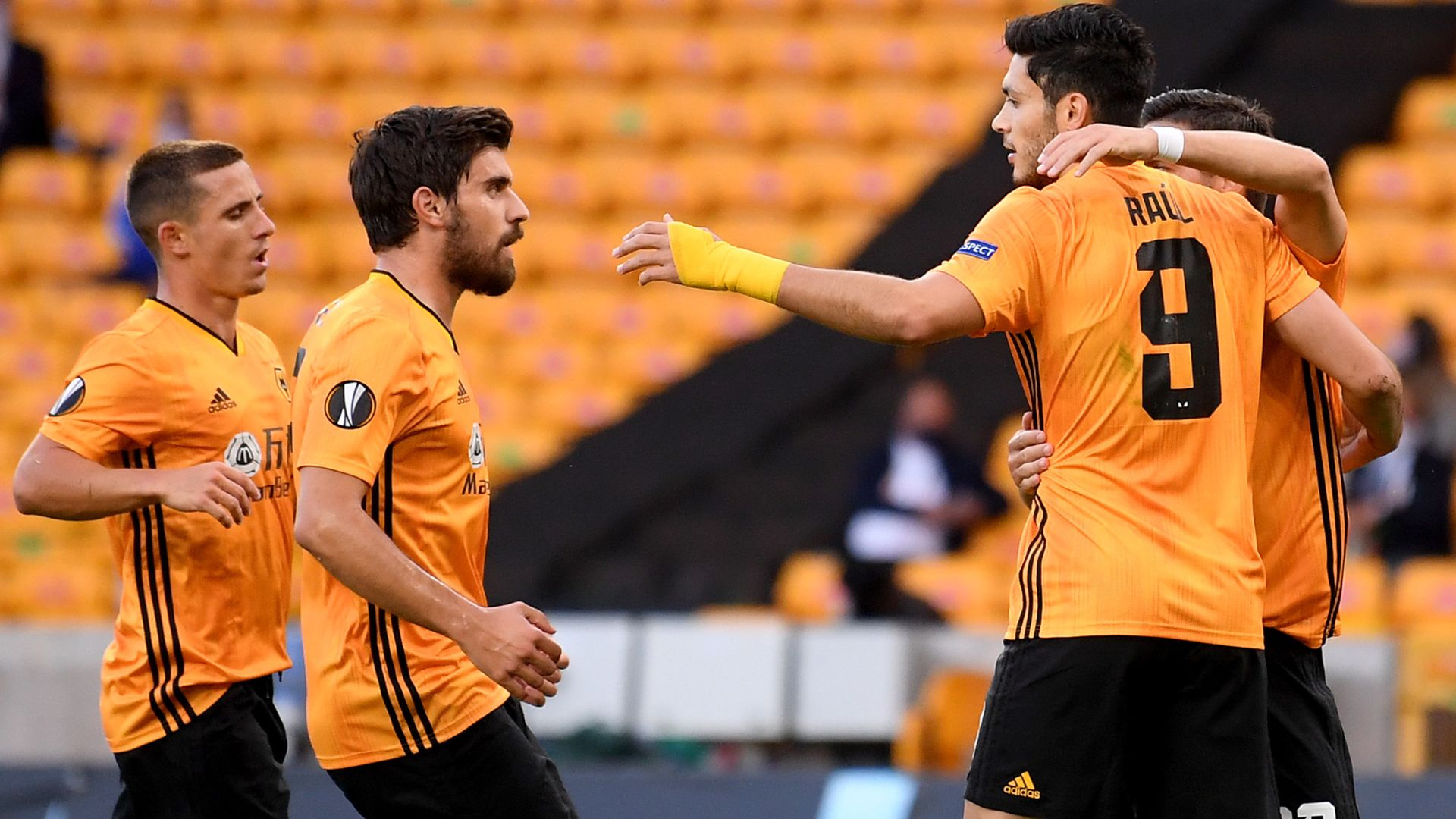 Raul Jimenez’s penalty fired Wolves to a 1-0 win over Olympiakos and into the Europa League quarter-finals after a 2-1 aggregate victory.

Jimenez took his tally for the season to 27 with a coolly dispatched spot-kick inside eight minutes after Olympiakos goalkeeper Bobby Allain bundled Daniel Podence over in the area.

Wolves had to ride their luck to reach the last eight though, with a marginal offside and VAR denying Mohamed Camara a first-half equaliser before Youssef El Arabi and Ahmed Hassan spurned chances to haul Olympiakos level.

But a steely defensive display saw Wolves through a nervy finale as Nuno Espirito Santo’s side booked a quarter-final date with five-time Europa League winners Sevilla in Duisburg on Tuesday, August 11.

Man of the Match: Raul Jimenez.

How Wolves ground out historic victory

Wolves opened the scoring with eight minutes on the clock after awful Olympiakos defending. The visitors hesitated clearing their lines and Allain’s heavy touch allowed Podence to close him down before the former Olympiakos man was bundled over by the goalkeeper.

The referee pointed straight to spot and up stepped Jimenez to stroke Wolves ahead in the tie for the first time with his 27th goal of his stellar season.

Wolves survived a scare on 28 minutes when Camara found the Wolves net with a deflected effort, but after a lengthy VAR check the equaliser was chalked off after El Arabi was adjudged to have been an armpit offside in the build-up.

Pape Abou Cisse was a whisker away from turning El Arabi’s dangerous cross home and Camara dragged a shot wide of the target as Olympiakos finished the half strongly, but Wolves reached the interval with their lead intact.

A tense and nervy second period saw Olympiakos, bolstered by a raft of attacking substitutes, grow in ascendancy, but El Arabi was unable to restore parity on two occasions, heading wide while under pressure from Willy Boly before firing a shot wide after it struck his standing leg.

Wolves came close to doubling their lead just after the hour mark when Allain turned Podence’s drive over seconds before Boly failed to convert Diogo Jota’s deflected shot with the goal at his mercy.

As the seconds ticked down, Olympiakos threw everything at Wolves in search of the equaliser, which midfielder Guilherme nearly secured when he whistled a shot inches over.

Rui Patricio was called into action to prevent Hassan’s towering header from levelling the tie late on, but Wolves saw off the Olympiakos challenge as their Europa League quest – which started 379 days ago – continued.

Wolves face Sevilla in the Europa League quarter-finals on August 11 at 8pm.