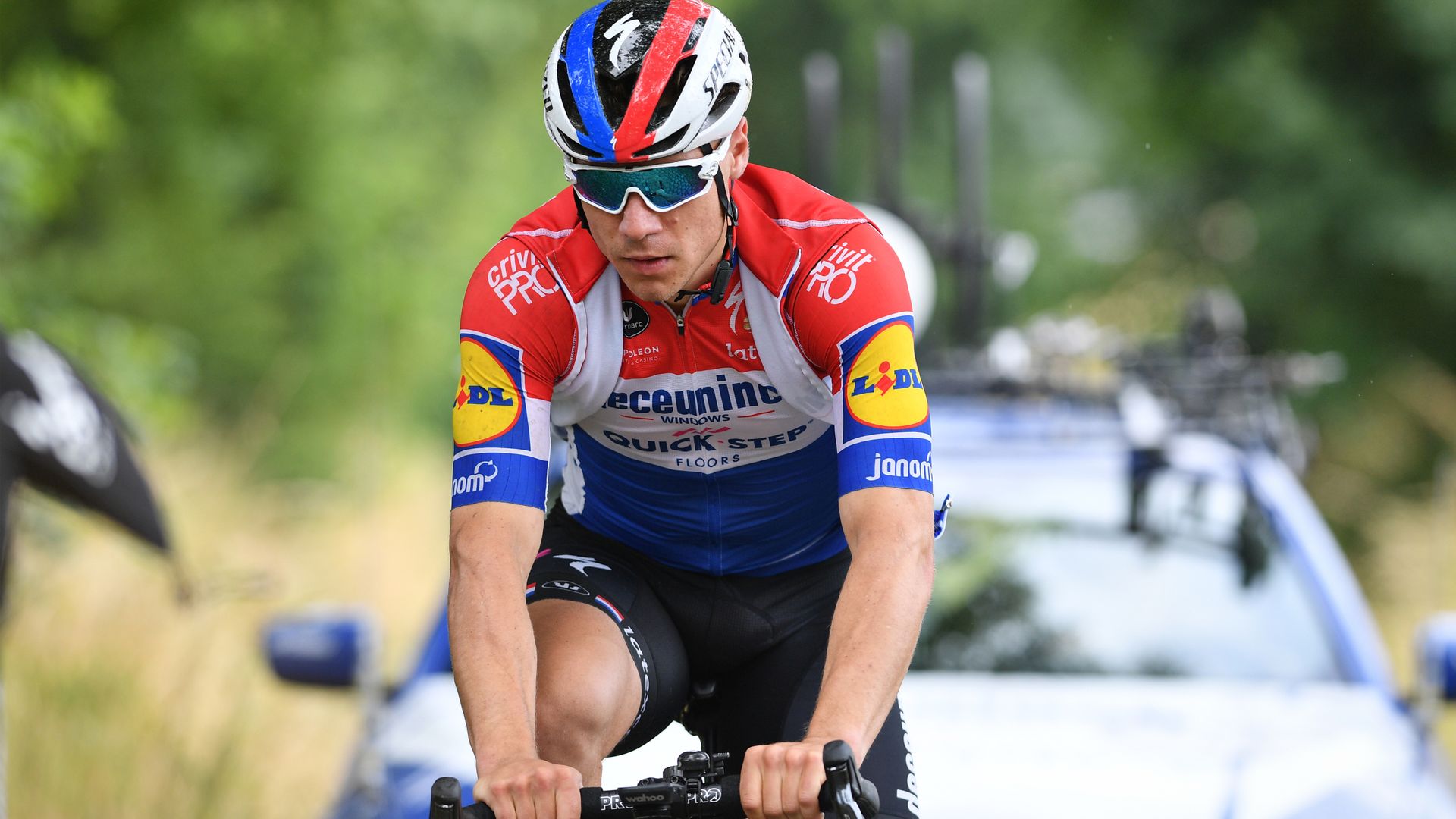 Jakobsen airlifted to hospital in serious condition and put into induced coma; Doctor Pawel Gruenpeter said Jakobsen suffered injuries to the head and chest but that his condition was stable at the intensive care unit

Dutch cyclist Fabio Jakobsen has been put in a medically-induced coma after crashing at the finish line on stage one of the Tour de Pologne following a collision with compatriot Dylan Groenewegen, the country’s state controlled news agency PAP reported on Wednesday.

Jakobsen, who rides for the Deceuninck-Quick Step team, was jostling for position with Groenewegen in the final metres, but the pair came together and Jakobsen crashed into the barriers and collided with a race official.

Jakobsen was airlifted to a hospital in serious condition and was put into an induced coma, the Tour de Pologne press office said. The race official’s condition is not life threatening.

Doctor Pawel Gruenpeter of the hospital in Sosnowiec said Jakobsen suffered injuries to the head and chest but that his condition was stable at the intensive care unit. Jakobsen will need surgery to his face and skull, Gruenpeter told state broadcaster TVP Sport.

The sport’s governing body, the UCI, issued a statement strongly condemning what it called the “dangerous behaviour” of Groenewegen, accusing him of causing the crash and disqualifying him from the race. Jakobsen was named the winner of the opening stage.

“The UCI, which considers the behaviour unacceptable, immediately referred the matter to the Disciplinary Commission to request the imposition of sanctions commensurate with the seriousness of the facts,” the UCI said.

“The competitor who caused this accident drove very incorrectly, because while riding in the middle, seeing that someone was coming out on the right, he started to pull down to the right,” Lang told state-controlled TVP.

The organisers were not immediately available for a comment.

The crash, which happened in the southern city of Katowice, took place exactly a year after Belgian cyclist Bjorg Lambrecht died in the hospital from injuries he sustained when he crashed into a concrete barrier during the third stage of the 76th edition of the Tour de Pologne.

The 77th Tour de Pologne was meant to be held in July but was postponed due to the coronavirus pandemic.

The race began on Wednesday, with the 196km first stage taking the riders from the Slaski Stadium in Chorzow, southern Poland to Katowice.

The race was reduced to five stages from the seven originally planned in order to leave room on the calendar for other re-scheduled races.