ESPN+ will stream the biggest bout on Australia’s boxing schedule and a heavyweight fight that could lead to an important domestic showdown in England.

BoxingScene.com has been informed that ESPN’s $5-per-month streaming service will offer the Jeff Horn-Tim Tszyu and Daniel Dubois-Erik Pfeifer fights live during the last week of August. Horn-Tszyu will be streamed live in the early-morning hours of August 26 in the United States, three days before ESPN+ will offer the Dubois-Pheifer fight.

Brisbane’s Horn (20-2-1, 13 KOs), a former WBO welterweight champion, and Rockdale’s Tszyu (15-0, 11 KOs), the son of the legendary Kostya Tszyu, will meet in a 10-round junior middleweight match at Queensland Country Bank Stadium in Townsville, Australia. 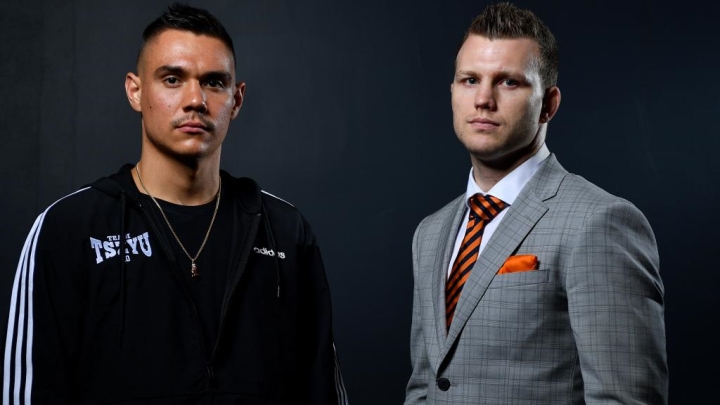 Facing Horn is considered a step up for Tszyu, even though Horn was stopped in the ninth round two fights ago by countryman Michael Zerafa, last August 31 at Bendigo Stadium in Bendigo, Australia. Horn came back to defeat Zerafa (27-4, 16 KOs) by 10-round majority decision in their immediate rematch December 18 at Brisbane Convention & Exhibition Centre in South Brisbane.

If the hard-hitting Dubois defeats Pfeifer, he’ll secure his place in an intriguing fight against another unbeaten knockout artist from London, Joe Joyce (11-0, 10 KOs), on October 24 at O2 Arena in London.

ESPN+ streamed Joyce’s third-round technical knockout of Germany’s Michael Wallisch on July 26 from BT Sport’s Studio. The 6-feet-6, 270-pound Joyce knocked Wallisch (20-4, 13 KOs) to the canvas once in the second round and twice during the third round before referee Ian John Lewis halted their 10-rounder 57 seconds into the third round.

The Dubois-Pfeifer fight and undetermined undercard bouts will stream live during the afternoon in the United States.

The night of August 29, ESPN+ will stream a show that’ll feature the rescheduled Jose Ramirez-Viktor Postol fight for Ramirez’s WBC and WBO 140-pound championships. The Ramirez-Postol card will be held at MGM Grand Conference Center in Las Vegas.

Ramirez (25-0, 17 KOs), of Avenal, California, was supposed to square off against Ukraine’s Postol (31-2, 12 KOs), the mandatory challenger for his WBC title, on February 1 at Mission Hills Resort Haikou in Haikou, China. Their fight first was postponed January 23 due to the COVID-19 pandemic.

Ramirez-Postol was rescheduled for May 9 at Save Mart Arena in Fresno, California, but it was postponed again because of the coronavirus crisis.