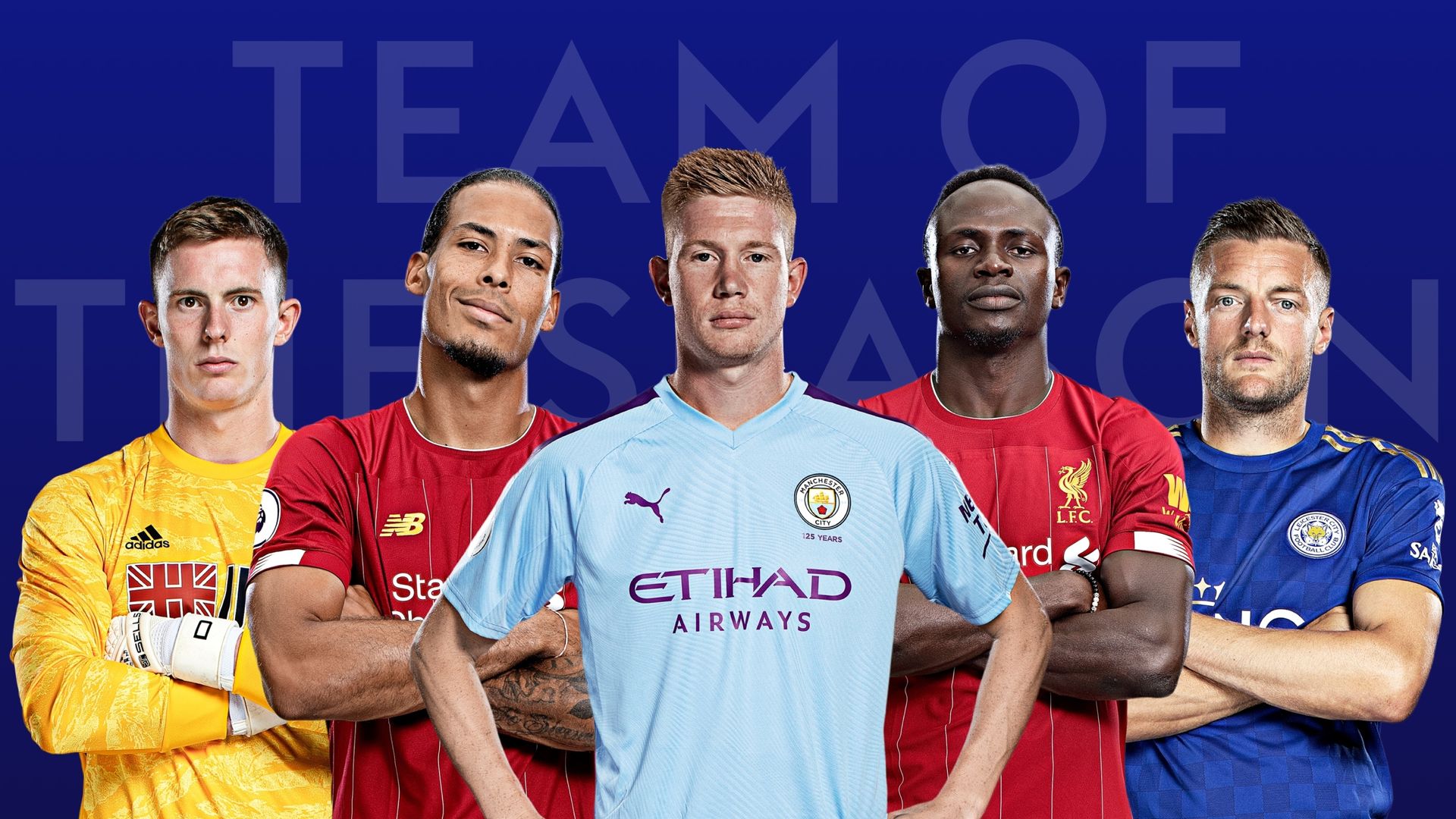 Who are the top performers in Sky Sports Fantasy Football this year? Were any of these mainstays in your XI throughout the campaign?

The 2019/20 Fantasy Football campaign has come to a close, and with it brings a heap of talking points and debates to take into next year’s game.

Read on to find out who makes the Sky Sports Fantasy Football Team of the Season, and why they made the grade.

It was always going to be a close run for the No 1 shirt, and Sheffield United stopper Dean Henderson got it by three points, pipping Nick Pope who finished on 215. The Englishman only conceded 33 goals this campaign and was a favourite among Fantasy Football players, ending the season in 37 per cent of the top 1,000 teams in the game.

Henderson kept 13 clean sheets, and registered tier one bonus points (three or four saves in a match) on 15 occasions, placing him third and fourth in those respective lists. Where the Sheffield United goalkeeper does excel is in ‘Value for Money’. At only £6.4m, Henderson racked up 34.06 points per £M, a better ratio than any other player in the Premier League. What a debut season, especially for his Fantasy Football recruiters.

Another successful year for the Liverpool right back sees him cruise into the Fantasy Team of the Year. Trent Alexander-Arnold created 13 goals for his side, bettered only by Kevin De Bruyne of all people. Over 60 per cent of the top 1,000 Fantasy Football teams had the England international in their teams for the last game of the season.

Add into this 14 clean sheets and four goals and it is easy to see why Alexander-Arnold is odds-on to land the Premier League Young Player of the Year award. He will no doubt remain a firm fix for Fantasy Football players coming into next season.

Harry Maguire is perhaps a surprise inclusion into this dazzling XI, but not so much when you see the method behind the points haul. Maguire did only register four more points than both Matt Doherty and Caglar Soyuncu but it was the Manchester United man’s run-in which really rallied him to topple both these defenders.

Maguire accrued 55 points from his nine games after the restart, firing him into the fourth defensive spot, keeping five clean sheets in this time. Manchester United ended the season with the third best defensive record, Maguire starting all 38 games of the campaign. A record signing in defence making a difference for Ole Gunnar Solskjaer’s side

Speaking of record signings, Virgil van Dijk makes the Team of the Season for the second consecutive term. The most expensive defender in Fantasy Football lived up to his billing by racking up the most points of any Premier League defender, again doing so for the second season in succession.

The Dutchman made more passes than any other player this year, and reached tier two bonus points (70+ passes in 90 minutes) on 21 occasions, again nearly double of his closest competitor. Van Dijk kept 15 clean sheets and managed to score five times, ending 2019/20 in 73.5 per cent of the top 1,000 Fantasy Football teams. The statistics do the talking with the Liverpool rock at the back.

The flying Scotsman down the left enjoyed another consistent season, recording 12 assists and two goals for the Premier League champions. Andy Robertson did tally a goal and four assists in his last five matches of the campaign, posting 39 points from his last six.

Along with his Liverpool teammates, Robertson had his fair share of clean sheets, 13 in total. He also registered tier one and tier two passing bonus points 17 times collectively, seven and 10 respectively to bring in the averages for Fantasy Football owners. His price of £10.2m could have reduced his selection rate, but that will soar once again once next season gets underway.

Riyad Mahrez finds himself in the team despite only starting 21 games for Pep Guardiola’s team. The Algerian contributed to 20 goals in that time (11 goals and nine assists), earning nine double-figure hauls, proving although he may have been a victim of ‘Pep Roulette’, he reinforced his value for those who were loyal enough to keep him in their side.

With 13 goals and five assists, Richarlison breezes into the Team of the Season, with the second highest haul from midfield. Decent spells for the Brazilian, which included three goals in as many matches against Leicester, Liverpool and Chelsea, sent him on his way.

His double against Wolves at the beginning of the season saw him earn 20 points, with plenty of other double figure hauls allowing Richarlison to prove his worth to Everton and Fantasy Football players alike. His price could be reduced next term, making for a potential bargain in the weeks to come.

With Kevin De Bruyne sat in 83.6 per cent of the top 1,000 teams, it pretty much does the talking for him. A front-runner for the PFA Player of the Year, De Bruyne ended the season with 20 assists and 13 goals. As well as being the highest-scoring midfielder in the game, he is the highest-scoring player this year with 273 points, five ahead of Virgil van Dijk.

The Belgian has earned 10 man-of-the-match awards this season, a testament to how well he has played for this Manchester City team, carrying his team along the way at points. De Bruyne will remain the most expensive midfielder but will face fierce competition from his neighbour Bruno Fernandes for that top midfield spot in Fantasy Football in 2020/21.

Another year, another goal-fuelled season for the ever-consistent Mohamed Salah. Alongside his 19 Premier League goals, the Egyptian has created 10, and now since coming to the top-flight has contributed to 104 goals in just 121 matches. Salah has kept pace with the leading scorers in Fantasy Football all season, finishing third in the charts on 253 points.

He still collected seven man-of-the-match awards, but the difference between Salah and the other Premier League frontmen came with the shots on goal. Salah reached tier two shot bonus points (two shots on target) 10 times, and tops the table for tier two (three or more), reaching that threshold seven times. Salah will be back to claim the number one spot in 2020/21.

Jamie Vardy started from the bottom and now he is here, already a Premier League winner and now the oldest player to win the Premier League Golden Boot. Vardy hit 23 goals across the season and still managed to assist five, but his sheer pace and willingness to run beyond defenders has increasingly been a handful for backlines once again.

Vardy was the prime captaincy choice on many an occasion, with one hat-trick against Southampton and five braces during his campaign, allowing the Englishman to finish inside the top five point scorers. Could he do it all over again next term?

Sadio Mane completes the Team of the Season, with 18 goals and seven assists in Liverpool’s title-winning campaign. On top of that, Mane has tallied nine man-of-the-match awards (more than any other forward), proving indispensable to Jurgen Klopp, and Fantasy Football managers who had recruited the Senegalese international.

Only 12.19 per cent of the top 1,000 teams were still on board with Mane, most probably due to the rotation since Liverpool won the league, but Mane will be hot property next season with perhaps an increased value for his troubles.