Thomas Dulorme has not scored a stoppage win in more than three years but firmly believes he is due this weekend.

The 30-year old welterweight contender is supremely confident heading into his interim title fight versus Minneapolis’ Jamal James this Saturday, which airs live on Fox from the Microsoft Theater in Los Angeles, California. The bout comes nearly four months after their originally scheduled April 11 clash was postponed due to the ongoing coronavirus pandemic, though not at all discouraging Dulorme from believing the biggest win of his career will come the next time he steps foot in the ring.

“I think James’ style is going to make this a great fight,” Dulorme (25-3-1, 18KOs) noted during a recent media conference call to discuss the event. “He likes to stand there and throw a lot of punches.

“It’s possible that he’s changed up his style, and we’ll be ready for anything he brings, but I think that it’s going to be a very entertaining fight.” 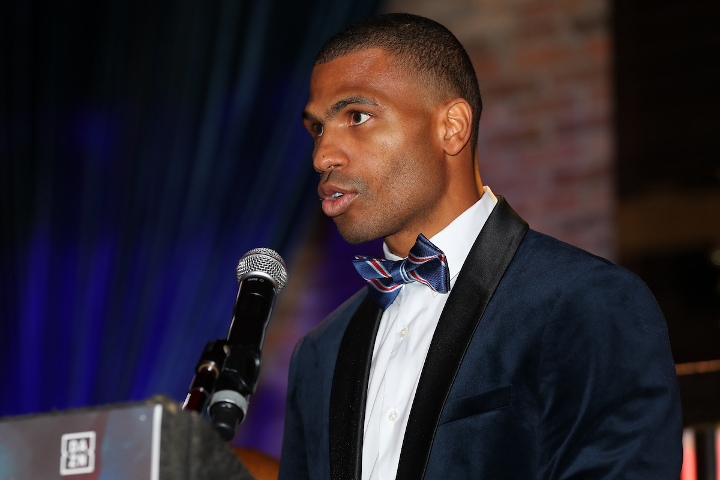 The primetime televised main event will mark Dulorme’s first ring appearance since a 10-round decision win over then-unbeaten Terrel Williams last September. The feat ended a 20-month winless drought for the Puerto Rico-bred, Las Vegas-based welterweight who during that stretch suffered a 12-round loss to Yordenis Ugas and was held to a draw with former two-division titlist Jessie Vargas in October 2018.

More so than getting wins, remaining active has been an issue for Dulorme. Saturday’s clash with James (26-1, 12KOs) who fights for just the seventh time in more than five years, dating back to a 6th round loss to Terence Crawford in their April 2015 vacant junior welterweight title fight.

James is 10-1 over that same stretch, his lone defeat also coming versus Ugas in August 201 but having since rebounded with six straight victories. His clash with Dulorme marks his first since a 10-round win over Antonio DeMarco in their furiously paced 10-round thriller last July.

Both welterweights tend to make for fun TV fights, which is what Dulorme believes will contribute to an outcome he’s never before experienced at the contender and title level.

“Jamal James is a good fighter, obviously his talent has got him to the position where he is now,” suggests Dulorme. “But I don’t think that it’s going to be enough to get him through all 12 rounds on Saturday night.”