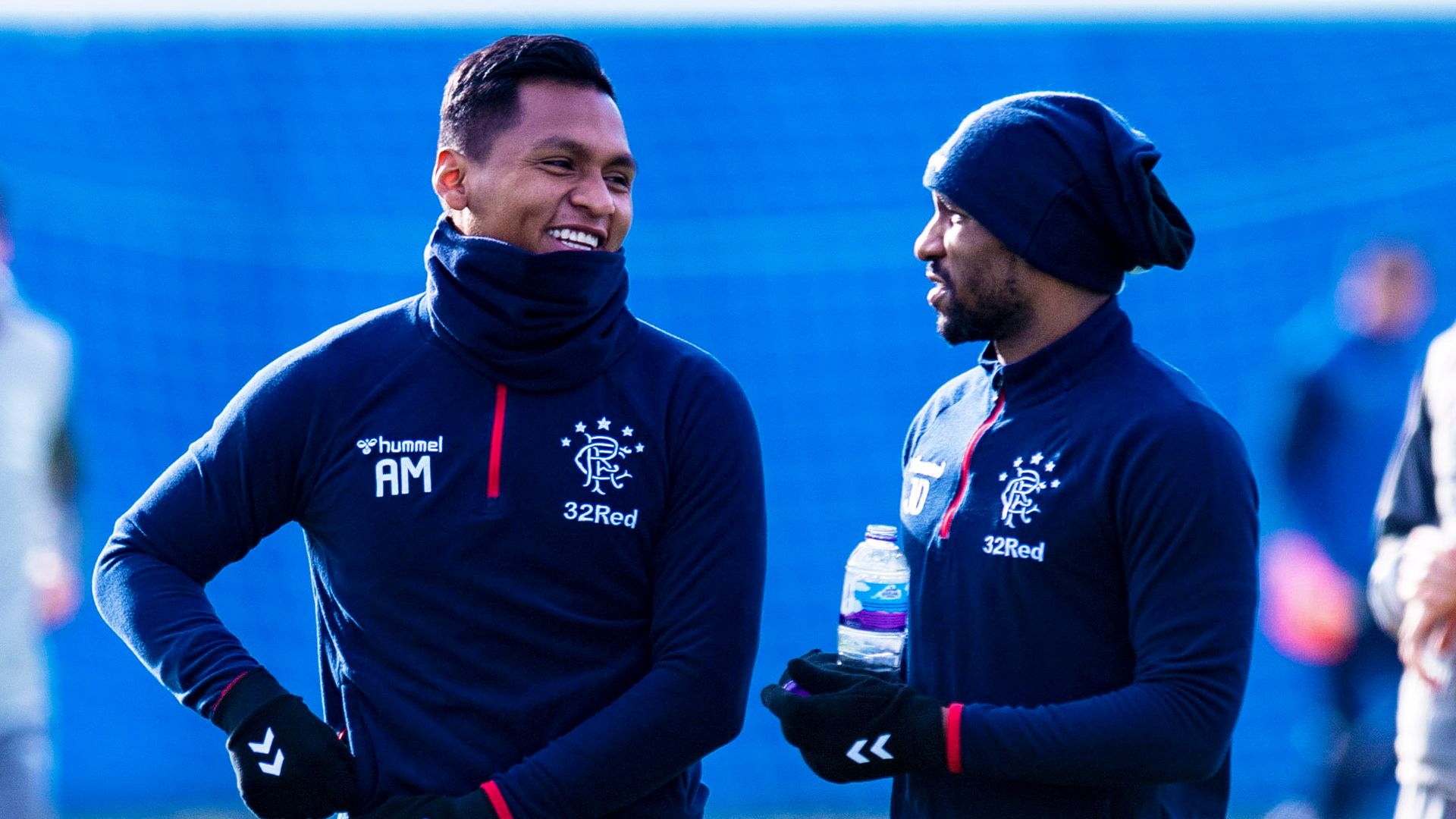 Rangers striker Jermain Defoe insists Alfredo Morelos is focused and training well despite reports linking the Colombia international with a move away from the club this summer.

Morelos’ future at Rangers has been the subject of speculation in recent months, with Ligue 1 side Lille interested in the forward, but he was in the starting line-up for Saturday’s victory at Aberdeen and provided the assist for Ryan Kent’s winner.

Rangers completed the signings of former Leeds striker Kemar Roofe from Anderlecht and forward Cedric Itten from St Gallen earlier this week, raising further doubts about Morelos’ future, but Defoe says his team-mate has dealt with the speculation well.

“It’s a difficult one because internally you become friends, it’s like a family,” he said. “You see each other every day, you spend so much time together but it’s part and parcel of football.

“Players come and go and it’s never been easy over my career. Sometimes I’ve not even had time to say goodbye to players but it’s just a part of it now.

“He’s dealt with it quite well. You would never look at him and think ‘he’s got it at the back of his mind, he’s not training well, he’s confused or anxious’, he’s just been normal to be honest.

“Stuff like that, as players you don’t really get involved, you leave it up to the club but if he does go then you wish him the best and if he stays then he’s a top player, which he’s shown.”

Rangers’ new signing Roofe has signed a four-year deal at Ibrox following his departure from Anderlecht after just one season.

The 27-year-old, a summer signing from Leeds in 2019, scored six goals in 13 games in the Belgian Pro League after netting 30 goals in 111 Championship games.

Defoe, 37, who is currently sidelined with a hamstring injury he picked up in a friendly against Motherwell at Ibrox last month, has welcomed the competition.

“I’ve never been one to be worried, it’s part and parcel of the game,” he said. “When I started at West Ham and Tottenham, every summer new forwards came in and players who are obviously going to try and challenge you for your place.

“At the end of the day we’re all a team and you bring in these quality players to try and help us achieve something special and obviously to be a part of it is special.

“There’s always pressure when you’re playing for a football club of this size. Some of that I crave to be honest, before I came here that pressure of knowing you have to play well in every game, the demands of winning was something that I wanted.”

Rangers make the trip to Germany to take on Bayer Leverkusen on Thursday evening looking to overturn a 3-1 deficit from the first leg of their Europa League last-16 tie.

Gerrard will not be able to call upon Roofe and Itten as they return to Europa League action after a five month hiatus, with Morelos expected to lead the line.

Follow Bayer Leverkusen vs Rangers on Sky Sports’ digital platforms with a dedicated live blog from 5pm on Thursday.

“I don’t think Rangers would have brought in two strikers if they were to keep Morelos. To have four strikers to play that one role… it’s not going to happen.

“We said last week Rangers had to get two strikers in, they’ve done that without even selling Alfredo Morelos, and I think towards the end of this week we’ll see something agreed.

“The French window doesn’t open until August 15, there’s not much that can be announced before that, but it can all be agreed and tied up in place.

“When you look at it, your value is only what someone is prepared to pay for you. There’s no doubt they’ve got a talented footballer there, but there is a lot of flaws to his game, and teams will look at that.”

Kris Boyd: “Cedric Itten and Kemar Roofe seem like two good signings, and I’m intrigued to see how they do. Roofe is someone who maybe Rangers have been missing, with his link-up play and eye for a goal, while Itten is the bigger player, 6ft 2in and a presence in the box. He’s coming with a good pedigree, but it’s important that both players find their feet in Scottish football quickly because Rangers can’t waste any time and need to keep churning out results.”

Andy Walker: “Roofe is very impressive. He was first linked with Rangers five or six weeks ago, and a couple guys I spoke to in England said he’d do really well in Scottish football. The only thing that goes against Roofe is his injury record; if you get him fit every week he will be effective in Scottish football. But it’s obvious Rangers are backing Steven Gerrard – he’s getting what he wants – in a way that makes it competitive. Rangers want to be better than last season, and I think with these two signings they should be.”