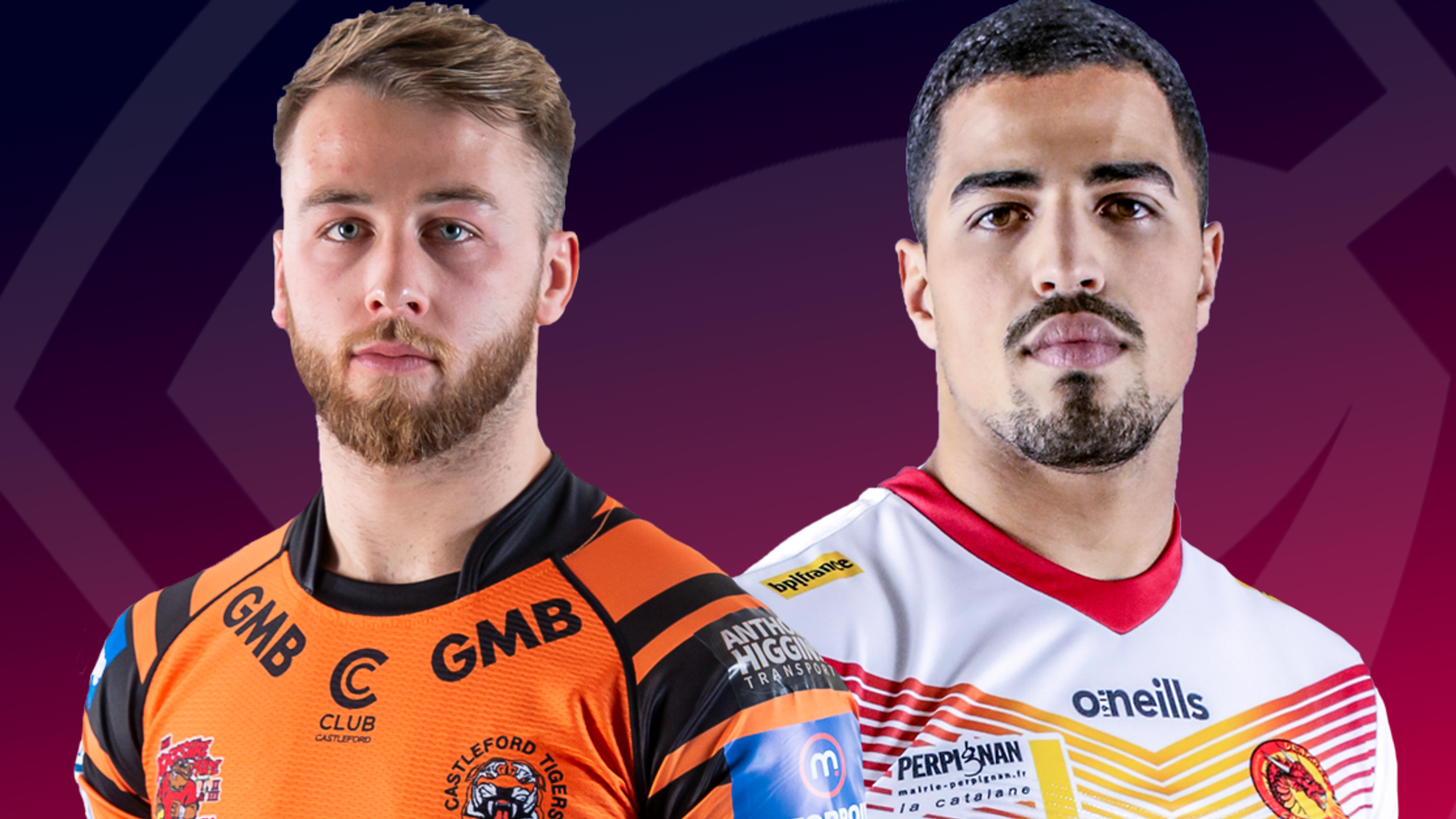 Watch all five matches from Round 8 of the 2020 Super League season live on Sky Sports Arena on Saturday and Sunday.

Round 8 of the Super League season gets underway on Saturday with two matches, kicking off with Castleford Tigers taking on Catalans Dragons.

The Tigers were riding high going into lockdown after defeating champions St Helens in the final game before the campaign was suspended due to the covid-19 pandemic.

Meanwhile, Catalans are aiming to rebound from last Sunday’s defeat by the same opponents, and we look ahead to the weekend’s opening game here…

Key stats: Paul McShane, current leader of the Man of Steel standings, is in line for his 250th Super League appearance after being named in Daryl Powell’s 21-man squad.

Off-season signing Derrell Olpherts is the joint-second-highest try-scorer in Super League, running six tries in his first seven appearances for the club before the season was suspended.

Key stats: Julian Bousquet could make his 200th career appearance on Saturday. So far, he has played 186 times for the Dragons and made 13 appearances for the French national team.

Catalans were victorious when the sides met in Perpignan in Round 2 of the 2020 season. The 36-18 win in February was notable for Israel Folau making his Dragons debut.

The five-month break during lockdown has given players a chance to rest and recuperate from any knocks or injuries they were carrying ahead of Super League’s restart.

Spare a though then for Liam Watts, who has been ruled out of Castleford’s return to action after needing stitches on a cut sustained in an accident with a saw at home.

The prop, one of last year’s five Man of Steel award nominees, is only expected to miss the clash with Catalans though, much to the relief of Tigers head coach Daryl Powell.

“He has had an accident with a saw while doing some work at home which has done some damage to his arm,” Powell said.

“There would be a risk with him playing this weekend but he’s okay, we are expecting it to be one week for him.

“He’s a big player for us. We didn’t want this to happen, but it has. It is what it is, and we just have to get on with what’s in front us and make sure the boys who take the field are ready to go, which they are.”

One player in line to return to action after a long lay-off is Alex Foster, who has not featured in a Tigers shirt since suffering a knee injury in March last year but has been named in the 21-man squad.

There was not much for Dragons head coach Steve McNamara to be positive about following his side’s humbling 34-6 defeat to St Helens in the first match of Super League’s restart last week.

But the assured performance of 21-year-old Arthur Mourgue, playing out of position at full-back, was at least something to raise a smile.

In a quirk of fate, it was a training ground collision with Papua New Guinea international David Mead which led to Mourgue getting the nod to play Saints, but McNamara was nonetheless pleased to see the French youth international seize his opportunity.

“He played out of position with Sam Tomkins suspended and David Mead having a training collision with Arthur.

“He took him [Mead] out accidentally, so he got his opportunity and I thought he did well.”

Mourgue, normally a half-back, could start in the No. 1 role again against Castleford as Mead remains sidelined and Sam Tomkins still has one match of his ban to serve.

Having seen his side beat the Tigers in Perpignan already this year, McNamara is eager for a much-improved display when they return to behind-closed-doors Headingley on Saturday.

“We’ve been waiting a long time to get back on the field and we haven’t performed, and we haven’t got that right first game up,” McNamara said. “We’ve got a fair bit to try to sort and very limited time to do that.”

What they said about each other

“The difficulty for them is they’re on a six-day turnaround, they’ve had to fly back home and then back again on the day. We know from going out to Catalans that is hard and they’re having to do that consistently.

“There will be a clear motivation from them to do better this week, so that always adds into it as well.”