Mexican superstar Saúl “Canelo” Alvarez has yet to finalize his ring return for 2020.

Canelo has been out of he ring since November of 2019, when he moved up by two weight divisions to score a brutal knockout of Sergey Kovalev to capture the WBO light heavyweight title at the MGM Grand in Las Vegas.

Canelo would later vacate the belt, intending to move down in weight to pursue more titles – this time at super middleweight. Canelo captured a secondary title at 168, while capturing full titles at 154, 160 and 175. 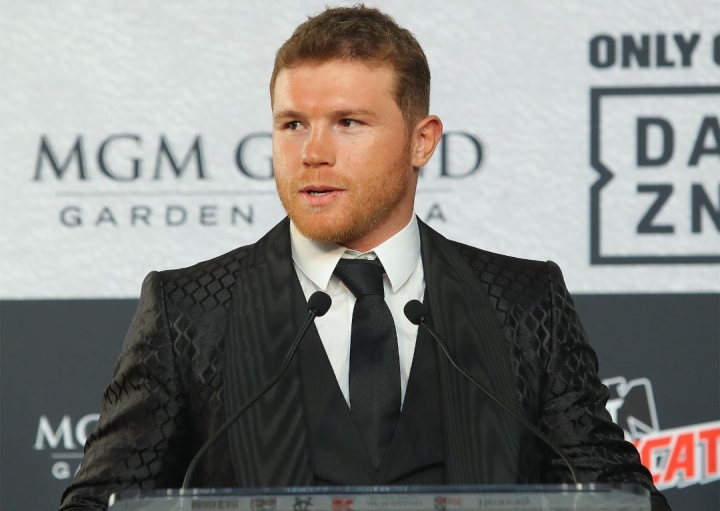 Canelo was slated to return to the ring on September 12, as part of Mexican Independence Day weekend. The date is widely expected to move to a later frame.

No opponent has been set, although WBA champion Callum Smith is viewed by many as the frontrunner.

The popular boxer has only one defeat on his record, which came at the hands of Floyd Mayweather Jr. in 2013.

In an interview with actor Eugenio Derbez, Canelo acknowledged that his fight with Mayweather was boring and that his one-sided defeat served him as pure motivation to become better and to continue to demonstrate his skills.

“The only loss I had was with Floyd Mayweather and I still didn’t have the experience to fight in those scenarios and it was a really boring fight. I didn’t take it as a loss, I took it as an apprenticeship and it hurt a lot that night [to taste defeat],” Canelo said.

“But the next day I said to myself that this is not going to take anything away from my goal of being the best. In boxing, I’m the second Mexican in history who managed to become the best pound for pound [fighter in the world].”