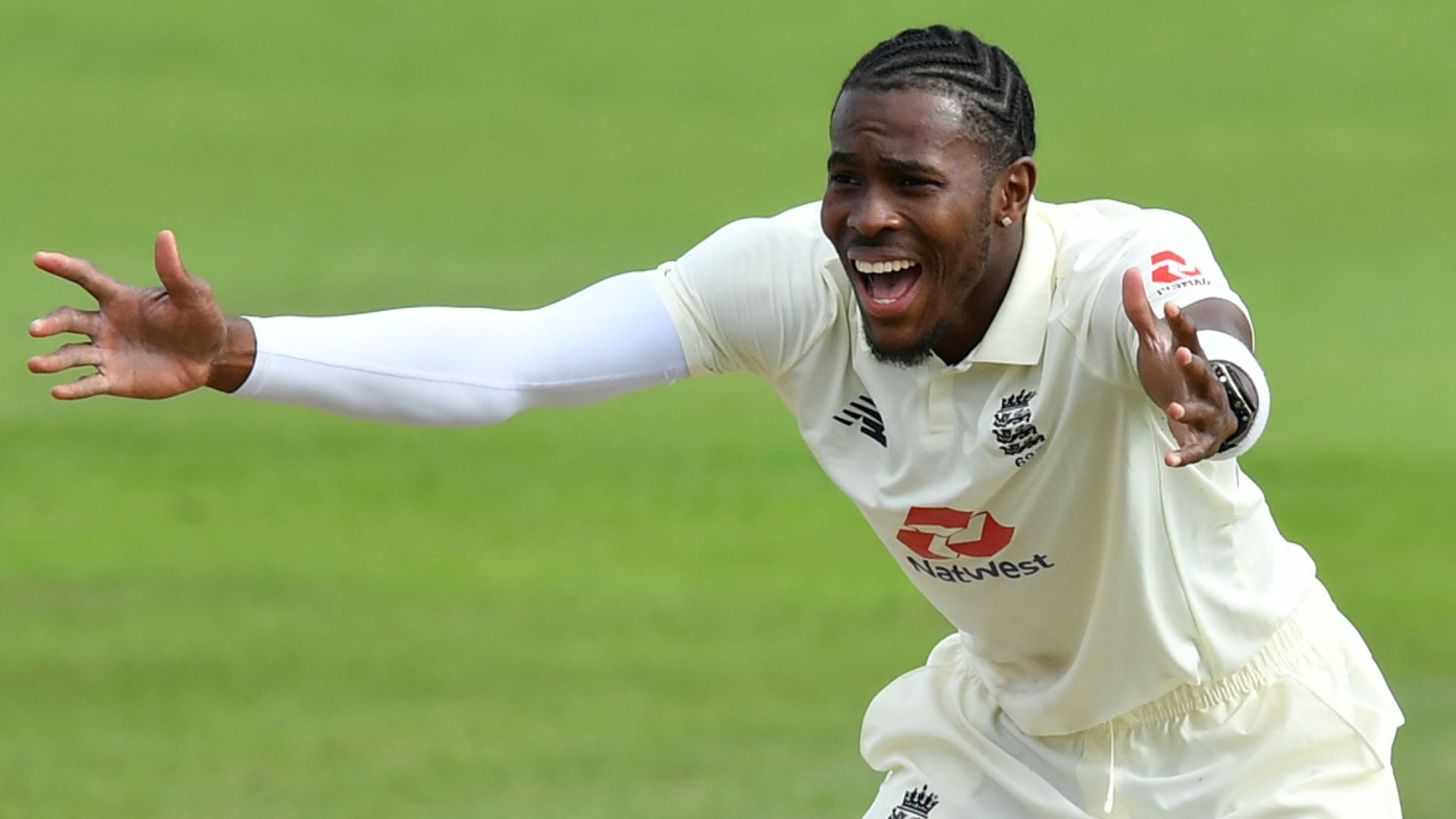 “He may be saying in the back of his mind ‘let me just reserve myself a little bit and make sure I get back the confidence mentally before I go at full steam’.”

England seamer Jofra Archer may be subconsciously reducing his speed in response to the elbow injury he suffered earlier this year, according to Sky Sports pundit Michael Holding.

Archer, who regularly topped 90mph during last year’s Ashes series, recovered from a stress fracture of his right elbow in the winter but has tended to register lower speeds during the Test series against West Indies and Pakistan.

Although Pakistan youngster Naseem Shah hit that speed target several times on the second evening of the first Test at Old Trafford, Archer said: “It’s not every day you can come in and bowl 90mph.

“I’ve seen their guy Shah today, bowling 90 mph straight away – but no-one’s a robot. So I’ll be very interested to see what he can produce tomorrow.”

However, former West Indies paceman Holding believes the 25-year-old may not be allowing himself to go full tilt just yet as he gradually regains full confidence in his speed.

“He’s saying it’s not by design, that everyone cannot run up and bowl fast every day,” said Holding. “I’d prefer him to be doing it by design.

“If he’s coming back from a stress fracture of his elbow, he may be saying in the back of his mind ‘let me just reserve myself a little bit and make sure I get back the confidence mentally before I go at full steam’.

“Perhaps that’s what he’s doing and he doesn’t want to say that, but I’d prefer that angle. I had injuries and when I came back from a knee operation it took me a long time to get the confidence, to stamp down that left foot again.

“I hope that’s the situation with him. If a man can bowl 95mph, I’d like to see him bowl 95mph – I like to see batsmen getting sleepless nights!”

Surprisingly, Archer was not handed the ball until late in the afternoon session at Old Trafford, even though Pakistan’s sixth-wicket pair of Shan Masood and Shadab Khan had put together a century partnership.

The England quick eventually finished with figures of 3-59 after taking two wickets in two balls as Pakistan were bowled out for 326, before reducing the home side to 92-4 in reply.

But Holding felt Archer should have been brought into the attack sooner – and says the Old Trafford wicket is the most conducive to fast bowling he has seen so far this summer.

“When we saw (Chris) Woakes running in and bouncing batsmen, that should have been Archer,” he added.

“With his high action and his pace, he can get the ball to bounce a lot closer to the batsmen and create a lot more problems. That should have been his job.

“This pitch is offering a bit more. It’s not the quickest I’ve ever seen but it’s certainly offering a lot more than the first three we saw against West Indies.

“It’s not lightning fast but at least you’re getting a bit of encouragement. If you’re capable of bowling 95mph, you should steam in for four or five overs and show people that you are quick.”