Joshua and Pulev were scheduled to fight in June. Like many other events, it was pushed back due to the coronavirus pandemic.

Hearn expects the fight to land in the first two weeks of December. 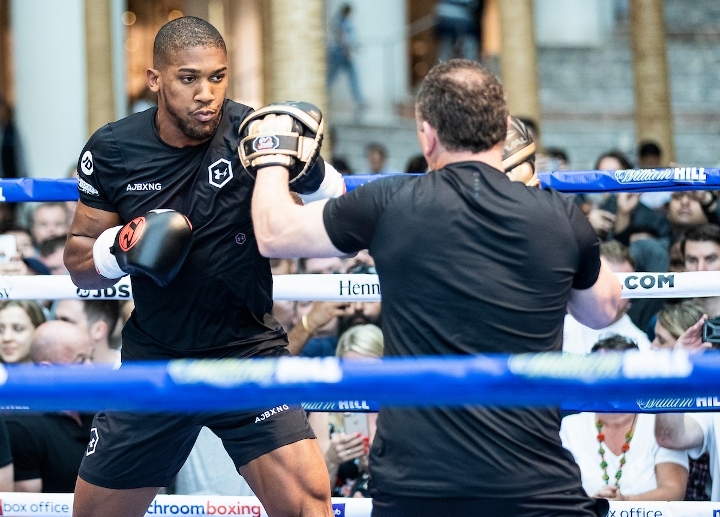 Joshua had top sparring for his last ring appearance, when he reclaimed his four belts with a dominant twelve round decision over Andy Ruiz in December 2019 in Saudi Arabia.

Pulev has only a single defeat on his record, when he was stopped by then unified champion Wladimir Klitschko in November of 2014.

“Sparring wise? You need a tall, stand-up fighter who is technically sound,” Hearn told Sky Sports. “Looking around? The likes of Dominic Breazeale, as an example. A stand-up heavyweight.

“Pulev is very experienced, very good technically, punches a bit. You need to find a tall heavyweight that replicates that style. Against Ruiz Jr the second time, they got their sparring spot on. That is so important moving forwards. He won’t make that mistake again, of overlooking that element. His sparring for Pulev will be spot on.

“We are looking at the first two Saturdays of December. But he may be ready to go now! He has kept super fit, doing plenty of rounds. I’ve never seen him so invested in improving, and I’ve never seen him so in love with the sport of boxing. That’s what gives me so much pleasure and hope. He is constantly evolving. Camp starts in a couple of weeks. Maybe move up to Sheffield in September.”