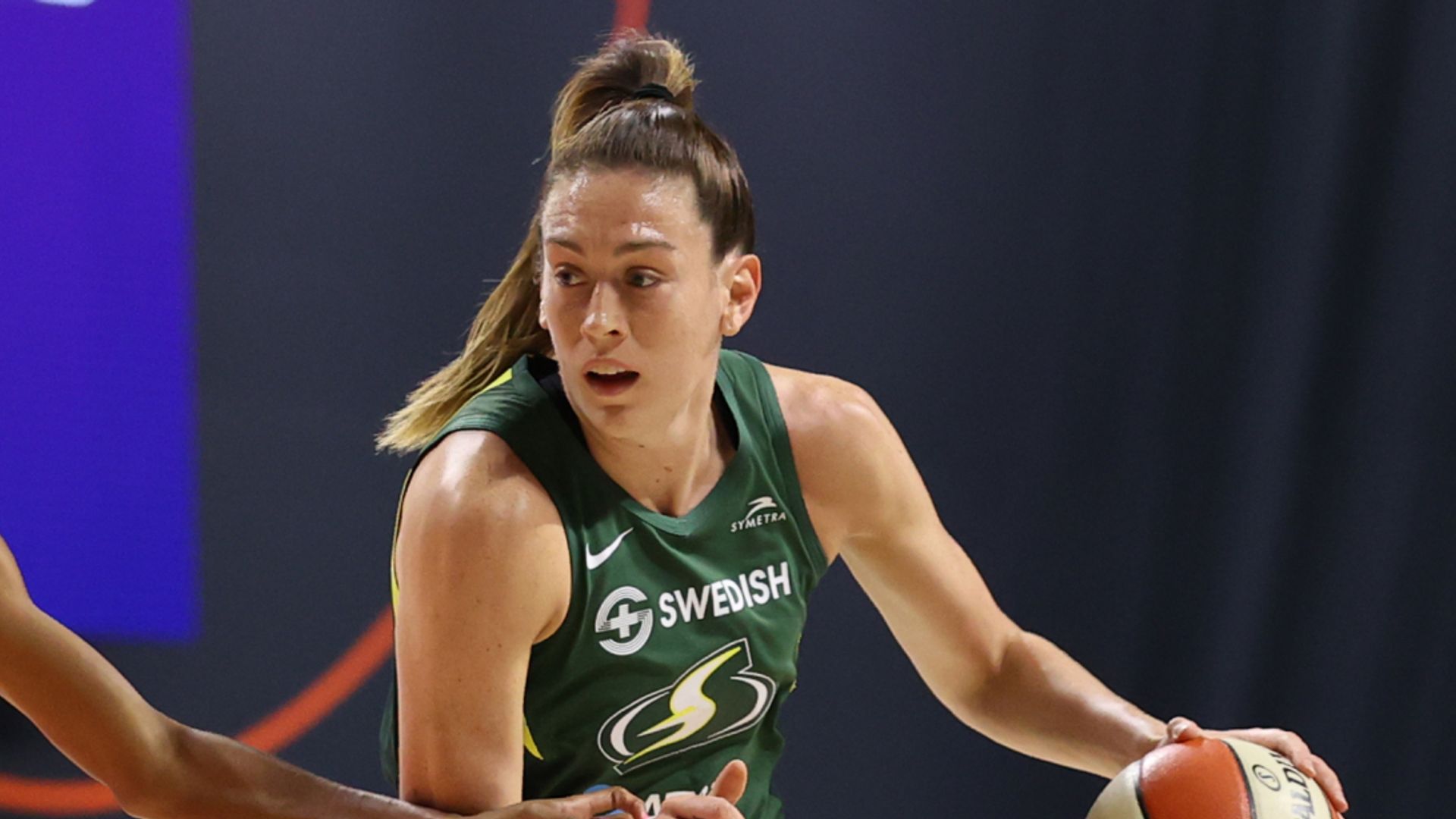 Breanna Stewart scored 22 points and hit three of Seattle’s 11 three-pointers as the Storm beat the Connecticut Sun 87-74 on Tuesday night.

Breanna Stewart scored 22 points and hit three of Seattle’s 11 three-pointers as the Storm overcame the Connecticut Sun 87-74 on Tuesday night.

Seattle guard Sue Bird missed the game to deal with a bone bruise in her left knee.

Brionna Jones led Connecticut (0-5) with 20 points, 18 of which came in the first half, and Alyssa Thomas had 14 points and 13 rebounds.

The Storm scored the final 13 points of the third quarter to take a 61-53 lead and then Stewart hit one three and Clark added two more in an 11-0 spurt that pushed the lead into double figures for good midway through the fourth.

Azura Stevens had 15 points and 10 rebounds, Courtney Vandersloot added 14 points and 10 assists and the Chicago Sky beat the Dallas Wings 82-79.

Allie Quigley and Cheyenne Parker scored 15 points apiece and Kahleah Copper 11 for Chicago (4-1), with the win keeping the Sky in first.

Ogunbawale made a wide open layup to trim Dallas’ deficit to 80-79 with 13.5 seconds left. After the Sky called timeout and the ball was moved to midcourt where, immediately after the inbound pass, the Wings trapped Vandersloot and forced a jumper ball.

Dallas gained possession but, after a timeout, Parker had the last of her four steals, poking the ball away from Dallas rookie Satou Sabally.

Diana Taurasi scored 16 of her 20 points in the fourth quarter, had six rebounds and six assists as the Phoenix Mercury recorded an 81-75 victory over the Atlanta Dream.

Brittney Griner added 18 points and Skylar Digging-Smith and Bria Hartley each scored 10 for Phoenix (3-2), who have won three in a row.

Elizabeth Williams made two free throws to give the Dream a nine-point lead with 48.1 seconds left in the third quarter but Taurasi answered with a three and the Mercury went into the fourth quarter trailing by six. Taurasi made eight free throws, had four assists and three rebounds over the final 10 minutes as Phoenix outscored the Dream 32-19.