A few weeks ago in Spain, both Fury and Joshua were in Marbella on vacation.

Fury was driving with his wife, and pulled over when he spotted Joshua on the street. The two British rivals had a quick, casual conversation – expressing their desire to collide in 2021. 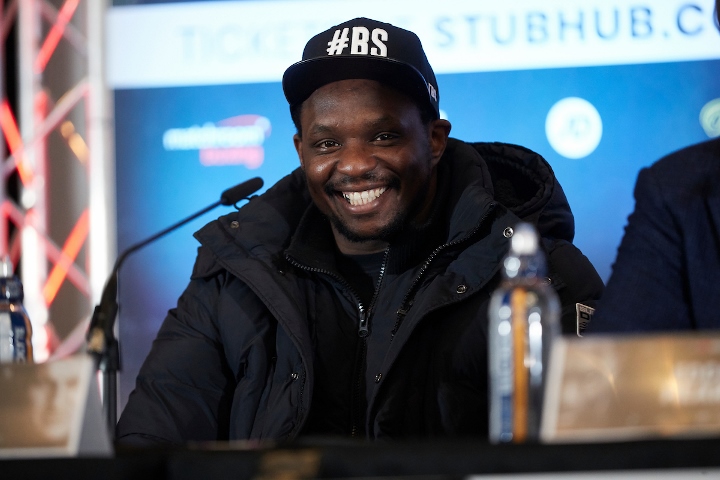 While both boxers firmly claim it was an unplanned meeting, Whyte has a different take on the subject matter.

“That looked so staged. Those two just met at the right time and the right place, and they were just having a casual chat? The way they speak on social media – they want to do this to each other. It looks like it was just staged,” Whyte told Sky Sports.

“I was just laughing. I was thinking to myself, ‘look at these two jokers.’ If I see someone and they’re talking smack about me and saying they are going to do this and do that, then when I see you, have the same energy. I’m not going to be standing outside your car window, standing on the sidewalk speaking to you. Come on man.”

Whyte, who holds the WBC’s interim-title, is scheduled to face former WBA champion Alexander Povetkin on August 22 in Brentwood.

Fury, who holds the WBC’s full title, will make a contracted defense against Deontay Wilder in a trilogy fight on December 19th.

The winner of the trilogy is obligated to face Whyte, should he win later this month, in a mandatory defense by the end of February.

Fury has other ideas, like the unification against Joshua, who himself is slated to return in a December with a defense of the WBA, IBF, WBO, IBO world titles against mandatory challenger Kubrat Pulev.

Olympic athletes encouraged to get vaccine by IOC