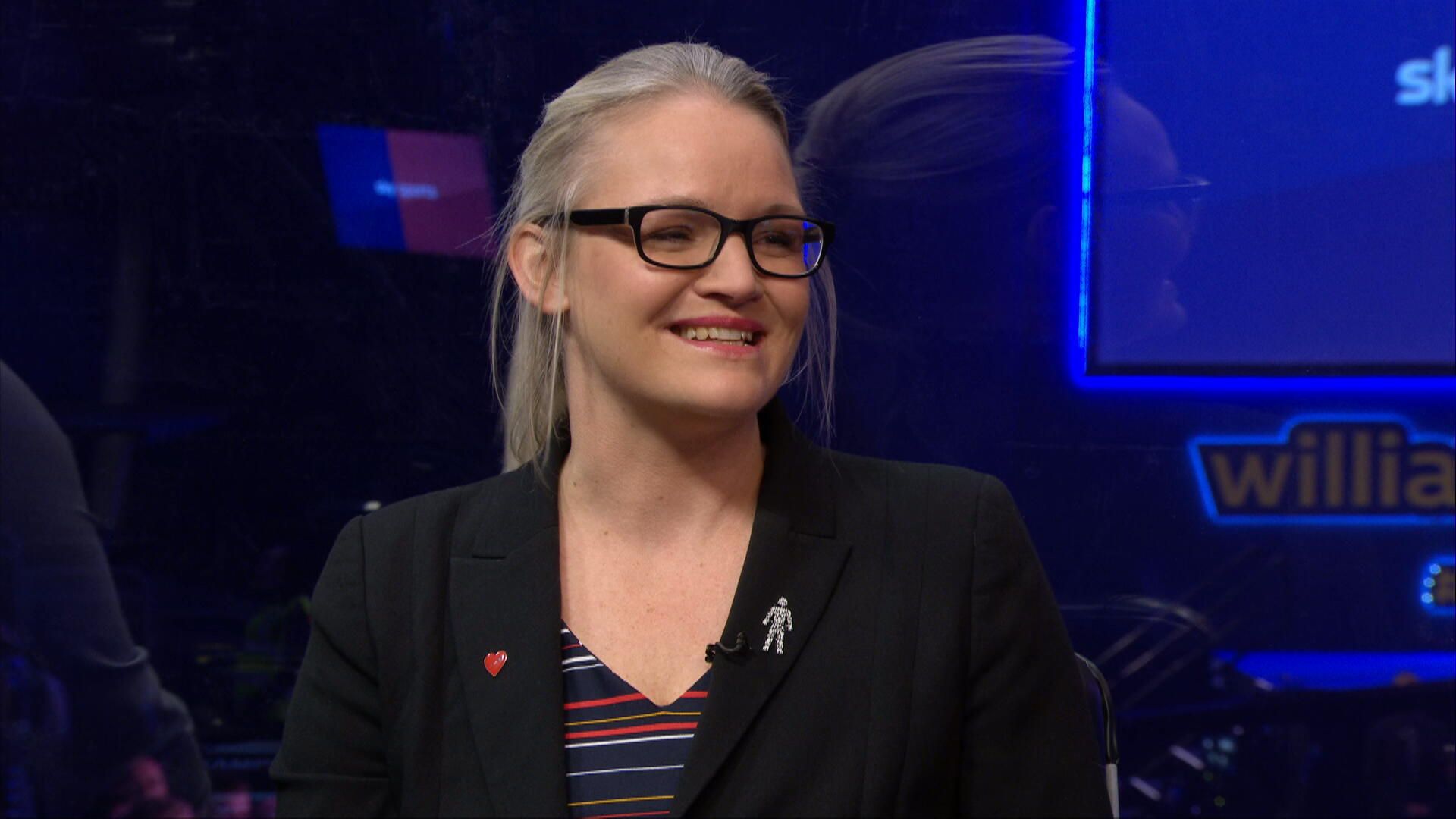 Laura Turner has hailed another ‘stepping stone’ for women’s darts after the PDC announced that a four-event Women’s Series will take place in October 2020.

The series of events, the first of their kind from the PDC, will give female players the chance to qualify for both the World Darts Championship and the Grand Slam of Darts.

The mini-tour is set to replace the two separate qualifying tournaments for the World Championship, with two places available at the 2020/21 tournament based on prize money won across the four events between October 17-18 in Cannock.

A free-to-enter Grand Slam of Darts qualifier will take place on Friday October 16 which will offer one place in November’s tournament.

The PDC will stage a four-event Women’s Series in October 2020 in which players can qualify for the World Darts Championship and the Grand Slam of Darts.

“2020 is full of surprises but this is actually one that I can enjoy,” Turner told Sky Sports News the day after the PDC’s announcement.

“It’s another progression that the women’s game has so desperately been looking for.

“When the field for the PDC World Championship went from 72 up to 96, you saw the inclusion of two female competitors and the qualification for that was just a one-day knockout. It was a one-off chance, you needed to be on your game.

“Now, it will be extended [with the new Women’s Series] which is great and there’s prize money up for grabs.

“It’s still taken me aback slightly because I wasn’t expecting it but I’m sure that it’s something that we can all get behind.”

Turner, who is ranked eighth in the women’s world rankings, is keen to embrace the opportunity and urges others to do so too.

“We’ve been given the opportunity and it’s now going to be about us making the most of it. Get on that practice board, get prepared, enter, play and see what the future actually holds.

“I think that the more women we can actually get playing, the better it’s going to be.”

Elite sport in England has gradually returned in recent weeks, with major competitions restarting and titles being decided. However, on the whole, women’s sport hasn’t been able to re-establish itself at the same rate and has suffered more than men’s.

“Darts, once again, has proved that it’s still pushing forwards. This has come at a perfect time.

“It’s been a difficult time, and this has given some light and some hope. Other tournaments will be going on, and I know that there are organisations who work hard and tirelessly for the women’s game.

“This is another stepping stone and great chance for us to showcase what players can do.”

This is amazing….. The way in which the @OfficialPDC have adapted to this unprecedented times is phenomenal. Well done to all involved making sure the sport continues to make major strides in diversifying the sport. https://t.co/66tIioFKLW

Turner also noted that the format of the Women’s Series should enable competitors to really embrace the road to the World Championship and Grand Slam of Darts and produce their best performances.

“Talking from my point of view, playing in last year’s World Championship qualifier, was just a whole different experience,” she recalled.

“Playing with Darts Connect… playing in a very quiet location… it’s just getting used to that and not putting too much pressure on yourself.

“I think that having four events, if you crash out in one or two of them, you’ve still got a chance to come back and prove what you can do.

“We’ve seen that in Q-School, for example. Lisa Ashton got to Q-School, she had two phenomenal days and then two not so good days, but she still managed to secure her [Tour] card.

“This hopefully will just give women a chance to settle in and get used to playing in a different environment.”

“Ultimately, it’s about exposure [for the game],” she concluded. “The women’s game needs more exposure, it needs more women to play darts.

“After Fallon (Sherrock) won at the Ally Pally, I had people coming up to me and saying that they didn’t know that women played darts. That’s quite a scary thing! It’s because it’s just not showcased as much as it should be, hopefully now this will help.”