Four division champion Roy Jones, 51-years-old, will be taking no chances when he steps in the ring with Mike Tyson.

Tyson, 54-years-old and a former undisputed heavyweight champion, will return to the ring for the first time in fifteen years when he faces Jones on September 12 in Carson, California.

Their bout will be an eight round exhibition, with the event being featured on pay-per-view.

Andy Foster, head of the California State Athletic Commission, told BoxingScene.com that he warned both boxers about attempting to seriously hurt each other in the ring.

According to Foster, he expects nothing more than a hard sparring session between the two retired fighters. 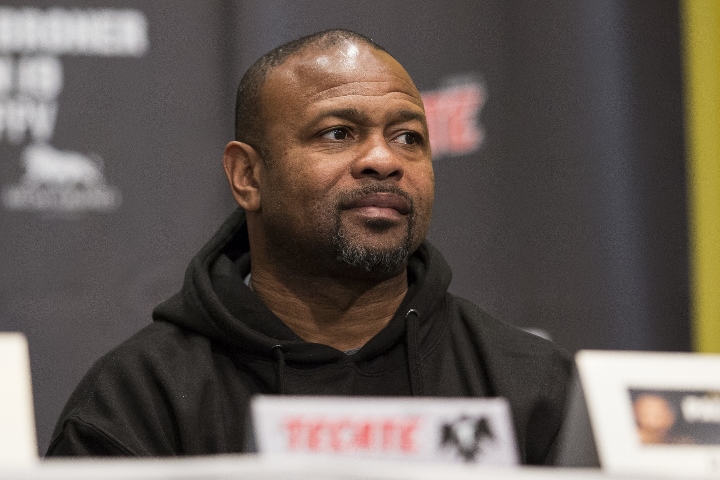 But in a recent interview with TMZ, Tyson made it clear that he fully intends to go for the knockout if the opportunity presents itself.

And because of that, with all due respect to Foster’s wishes, Jones is preparing himself for a dangerous fight.

“It’s a sparring session, but you have to remember, I’m the small guy here,” Jones told Yahoo Sports.

“Andy Foster can’t control Mike once Mike gets in the ring. I’ve got to defend myself like I’m in a real fight. If Mike goes out there and decides to start hammering, what am I supposed to do, look at Andy?

“Hell no! I’ve got to defend myself and get back in it. I have heard what Andy Foster said, but I also know what Mike said and I can’t depend upon Andy Foster when I am in the ring with Mike. You hear me? I have to get myself ready for whatever Mike may bring. I have to be ready for war.”

While some view the pay-per-view as a circus event, Jones believes the fight will generate a lot of business on pay-per-view.

“People are going to be sitting at home with nothing on TV and nothing to do, and they hear Mike and Roy are fighting, what do you think they’re going to do?” Jones said. “Hell yeah, they’re going to watch. You wait and see. They’ll tune in.”