Former WBA heavyweight champion Alexander Povetkin will arrive in the UK on Friday, and he’s scheduled to use Derek Chisora and Dave Allen as sparring partners.

Povetkin is going to face WBC interim-champ Dillian Whyte on August 22 in Brentwood.

Chisora and Allen, who both suffered losses to Whyte, are very familiar with Dillian’s style and in-ring tactics. 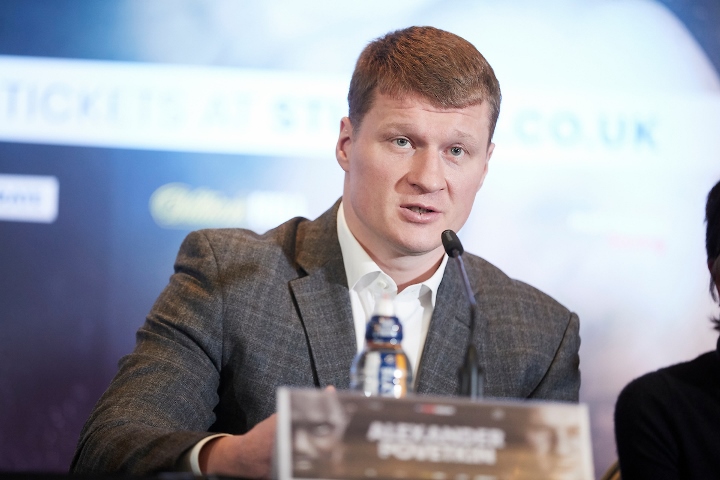 Whyte, Povetkin, Chisora and Allen will all be required to quarantine together at Eddie Hearn’s Fight Camp.

Whyte, who’s been training in Portugal since the start of the pandemic, was attempted to secure an exception to return at a later date.

“Ongoing conversations with the government about trying to reduce the 14-day quarantine to seven days. If that’s not done this week, they will fly over on Thursday and put themselves into a 14-day quarantine,” Hearn told Sky Sports.

In a prior interview, Chisora made it clear that he was going to help Povetkin prepare for his bout with Whyte.

Whyte is not overly concerned that his former foes are going to help Povetkin.

“It’s Derek being Derek. He’s good at talking his way into an ass-whooping. The first time he said it was close. The second time I cleaned his clock. The knockout I gave him was one of the worst you will see in boxing. I ain’t got no beef with Derek. I’m cool with the guy but clearly he has a vendetta,” Whyte said.