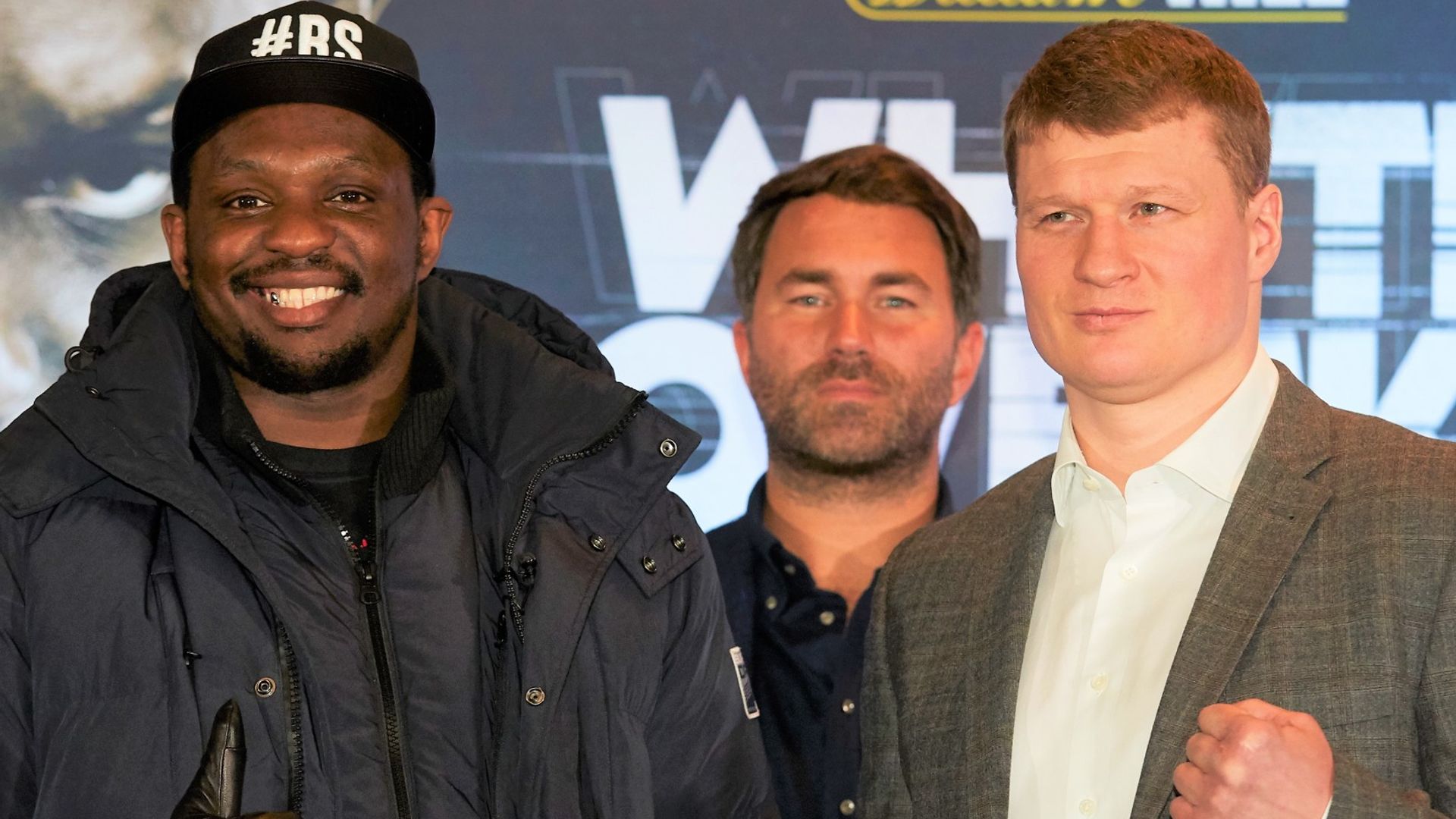 Whyte’s status as WBC interim heavyweight champion and mandatory challenger to Tyson Fury is at stake when Fight Camp concludes with his battle against Povetkin on August 22, live on Sky Sports Box Office.

Whyte and Povetkin must both jet in from abroad before quarantining together nearby Fight Camp in a fascinating build-up that will now feature two of the Brixton contender’s old rivals.

Promoter Eddie Hearn told Sky Sports: “Ongoing conversations with the government about trying to reduce the 14-day quarantine to seven days. If that’s not done this week, they will fly over on Thursday and put themselves into a 14-day quarantine.

“Povetkin will be in ‘the bubble’ from Friday sparring with Dave Allen and Derek Chisora, who will also enter ‘the bubble’ to get tested.

Whyte beat Allen four years ago and has since dished out two defeats to Chisora.

Chisora had previously told Sky Sports: “I’ve already said to Povetkin that, if he needs me, I’ll come and help him.

Asked what he expects Whyte’s reaction to be, Chisora said: “I don’t care.

“The Russian has already spoken to me and said: ‘When it’s time I’ll send a plane to pick you up and you can help me train’.

Whyte previously said: “It’s Derek being Derek. He’s good at talking his way into an ass-whooping. The first time he said it was close. The second time I cleaned his clock. The knockout I gave him was one of the worst you will see in boxing.

“I ain’t got no beef with Derek. I’m cool with the guy but clearly he has a vendetta.”

Allen has been targeted by the fast-rising Fabio Wardley, who is managed by Whyte.

Orlando Pirates’ Monare declares ‘if it gets ugly, we match it’ after labouring to beat Maritzburg United

Chan 2021: ‘Zambia vs Guinea was clash of titans’ – Sredojevic

Mayweather: McGregor Can’t Even Win in His Sport and He’s Talking Pacquiao!