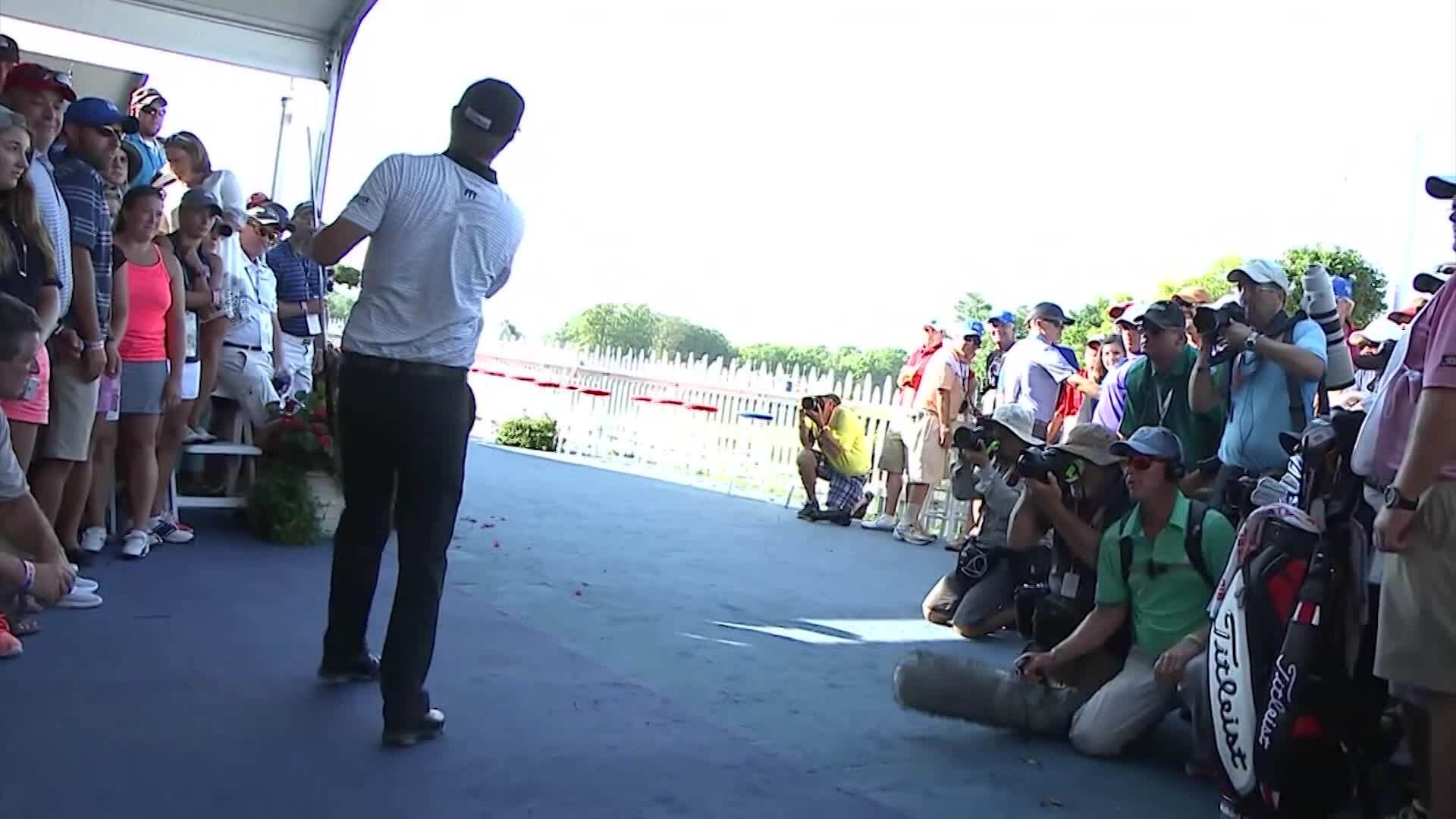 Amazing moments, incredible aces and stunning hole-outs all feature in our shortlist of the most memorable shots from the PGA Championship archives.

Ahead of the opening major of the decade, live on Sky Sports, we’ve taken a trip down memory lane to recall 10 of the best shots from the last 10 years of the PGA Championship.

Matt Wallace’s fantastic ace during the 2018 contest and Lucas Bjerregaard’s hole-in-one during last year’s event at Bethpage Black both feature, as does Brooks Koepka’s impressive approach on his way to a first Wanamaker Trophy at Bellerive Country Club.

A monster putt from Keegan Bradley in 2011 and a vital birdie from Jason Day’s major breakthrough in 2015 get revisited, with Rory McIlroy’s amazing three-wood from his most recent major in 2014 also involved.

There’s another chance to see a Jimmy Walker bunker hole-out from 2016 and an impressive hole-out from Jason Dufner’s 2013 success, while Matt Jones hitting a shot from a hospitality tent completes the shortlist.

Click on the video above to look back at the PGA Championship’s shots of the decade!

Think we’ve missed a memorable shot from the last 10 years? Get in touch via @SkySportsGolf or comment below to get involved in the debate, but please adhere to our House Rules.