A pair of boxers who followed all COVID-19 safety and testing protocols during their time in The Bubble managed to fall short when it came to old fashioned drug testing within the sport.

Victor Alberto Rodriguez and Donte Stubbs both remain under suspension with the Nevada State Athletic Commission (NSAC) after having tested positive for banned substances following wins on separate ESPN-televised shows from MGM Grand Conference Center (“The Bubble”) in Las Vegas. Both were previously issued temporary suspensions which were extended per unanimous vote by the five-person commission panel during their monthly agenda meeting on Wednesday. 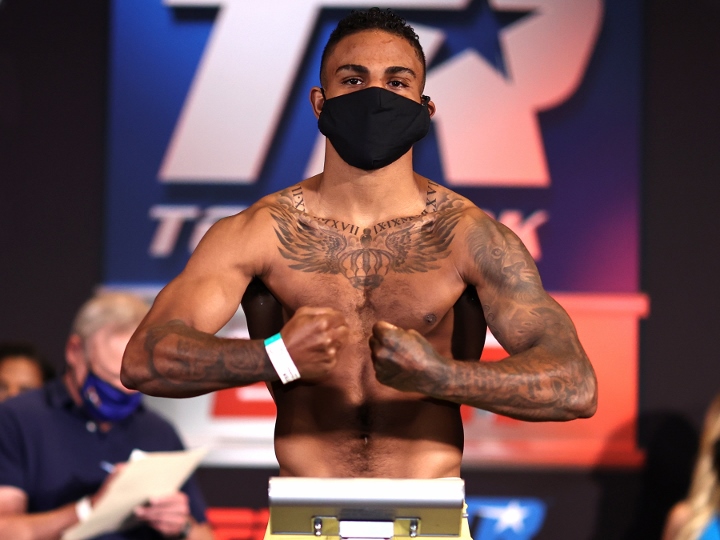 Rodriguez (3-0, 1KOs) tested positive for the banned substance methylhexaneamine following a four-round win over Justin Horley on the undercard of the June 18 edition of Top Rank Boxing on ESPN. The 19-year old prospect from Stanton, California was placed on temporary suspension by the commission on July 3, and will remain ineligible to fight pending further disciplinary action.

The drug testing case for Stubbs is unique. The 26-year old middleweight from Riverside, California fought twice on ESPN in a span of nine days. Stubbs’ debut in The Bubble resulted in the lone loss of his career, dropping a competitive six-round decision to Isiah Jones on June 30. Nine days later saw his return to the win column, outpointing previously unbeaten Fred Wilson Jr. over six rounds in a supporting bout on the July 9 telecast.

It was after his win where a post-fight urinalysis produced a positive sample for the banned substance methyltestosterone. The finding came less than two weeks after the fight, as the NSAC placed Stubbs under suspension on July 21, which in turn was extended on Wednesday.

Like Rodriguez, Stubbs is unable to enter the ring pending further disciplinary action. Absent their cases being reversed or a “B” sample clearing their original test, their respective wins will instead be changed to No-Contests. In accordance with Nevada Revised Statute (NRS) 467.157 (Revocation of license) and 467.158 (Penalties in lieu of or in addition to other disciplinary action), both boxers may be subject to fines and suspensions.

Interestingly, Stubbs’ positive test stemmed from a July 9 show that was to originally include the ring return of unbeaten Jarrell Miller (23-0-1, 20KOs), who entered yet another drug testing scandal. The disgraced heavyweight tested positive for GW501516—also known as cardarine and endurobol—ahead of his canceled bout with Jerry Forrest, who wound up facing and losing to Carlos Takam in the makeshift main event.

As previously reported by BoxingScene.com, Miller also saw his temporary suspension extended by the NSAC during the same meeting on Wednesday.