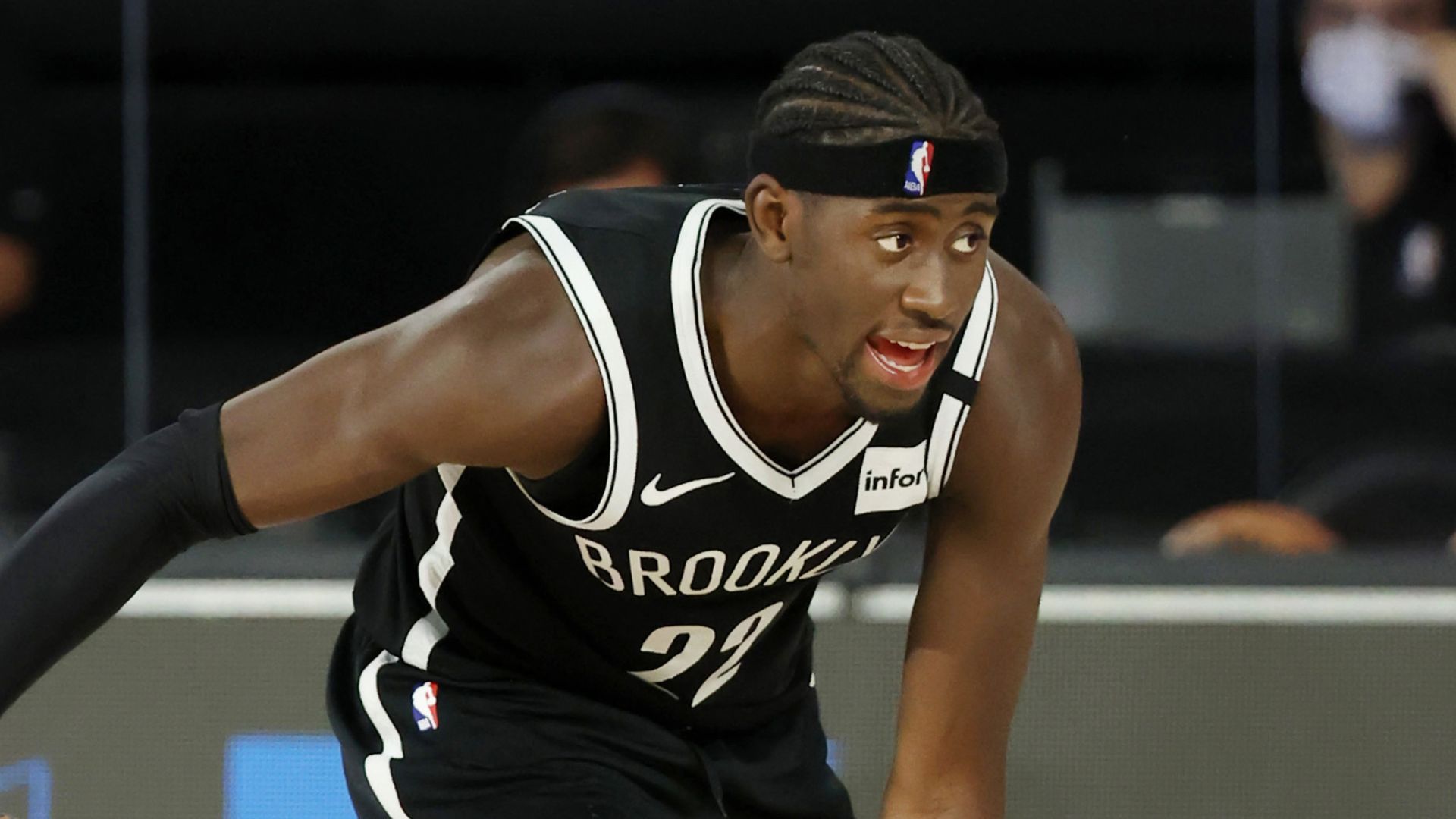 About a week before the NBA was put on pause due to the coronavirus pandemic, Caris LeVert delivered the best game of his career in front of a packed arena, scoring 51 points against the Boston Celtics to lead the Brooklyn Nets to a comeback overtime win.

A little more than five months later, LeVert will get another crack at the Celtics on Wednesday, and this time he will be doing so in front of virtual fans when the Nets play their fourth game of the restart at the ESPN Wide World of Sports Complex near Orlando.

LeVert did not play due to a left thigh contusion Tuesday when the Nets pulled out a 119-116 win over top-seeded Milwaukee, and was joined on the sidelined by both Jarrett Allen (rest) and Joe Harris (lower back/hamstring).

The 25-year-old scored 34 points on Sunday in Brooklyn’s 118-110 win over Washington, with the trio combining for 83 points, following on from a 128-118 loss to Orlando in their opening game of the restart.

Without the trio on Wednesday, the Nets (32-35) got a big game from Timothe Luwawu-Cabarrot, who scored a career-high 26 points and hit the go-ahead three-pointer with about three minutes left to help Brooklyn move a half-game ahead of Orlando into the seventh spot in the Eastern Conference.

“I totally do believe in momentum and the momentum of keeping your spirit in check,” said Nets coach Jacque Vaughn, who is 4-1 since taking over for Kenny Atkinson on March 7.

“We talked about as a group the symbolism of bamboo, being extremely resilient and extremely flexible and adaptable.

“Tonight was another example; we had to be all of those three things with the different lineup. So overall, that concept has stayed with us, and I hope it continues.”

The win was also aided by Milwaukee resting Giannis Antetokounmpo and Khris Middleton in the second half as part of a predetermined plan.

On Wednesday, the Nets will face another opponent using the concept of rest as Boston will sit point guard Kemba Walker after he scored 15 points in 27 minutes during a 112-106 loss to the Miami Heat on Tuesday.

“These minutes will help him get there,” Celtics coach Brad Stevens said. “When he plays a couple of games in the 30s, he’ll feel better about that, and, by then, the playoffs and everything, he’ll be fine.”

Not seeing Walker is probably a good thing for the Nets. In LeVert’s 51-point game, Walker scored 21 points – after he scored 39 points in Boston’s 121-110 win over Brooklyn in Boston on November 27.

Walker missed five games with left soreness immediately before Boston’s last meeting with the Nets and his minutes are being managed as the Celtics try to secure their seeding.

Even without Walker, the Celtics are hoping for a significantly better showing after never getting the lead Tuesday. The Celtics trailed by 16 in the second quarter and by 12 at half-time before inching closer.

“We weren’t solid, and they exposed that,” Stevens said. “Our defense has to improve from what it’s been in the three games or so.”

So far, Boston’s defense is allowing 118.3 points since the restart with opponents shooting 36.6 per cent (49 of 134) from three-point range.