Natasha Jonas has laid down the law ahead of her battle with Terri Harper on Friday – insisting that if she lands clean, Harper is getting knocked out. 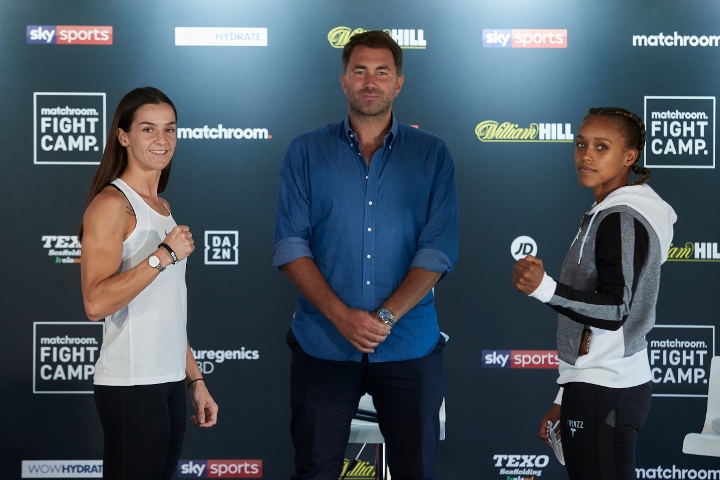 It is the first time that there will be an all-British female world title fight, and Jonas is in an extremely confident mood heading into the showdown.

Jonas said: “If I land clean, she’ll go. I believe I’ve turned the clock back to how I was pre-Olympics. I’m mentally, physically and emotionally the best I’ve ever been, and I’ll prove that on Friday.

“The break away from boxing was good. I had time with my little girl which was good, and now I’ve done everything I can do in this camp. I’ve always had power and have a good knockout percentage on my record.

“Everything I believe Terri can do, we’ve covered. If I didn’t give it my all then I wouldn’t be here, and I’m ready to take this opportunity.”

Harper added: “A lot of people are saying the pressure is on me, but I don’t feel pressure that I did in the Obenauf fight. Matchroom and Sky took a big gamble on me in that fight and I stepped up to the occasion.

“I’ve prepared for the best Tasha, and I’m going to go for the stoppage. Tasha hasn’t done 10 rounds before so it hasn’t been proven if she can go the distance. If I land then it’s lights out.”