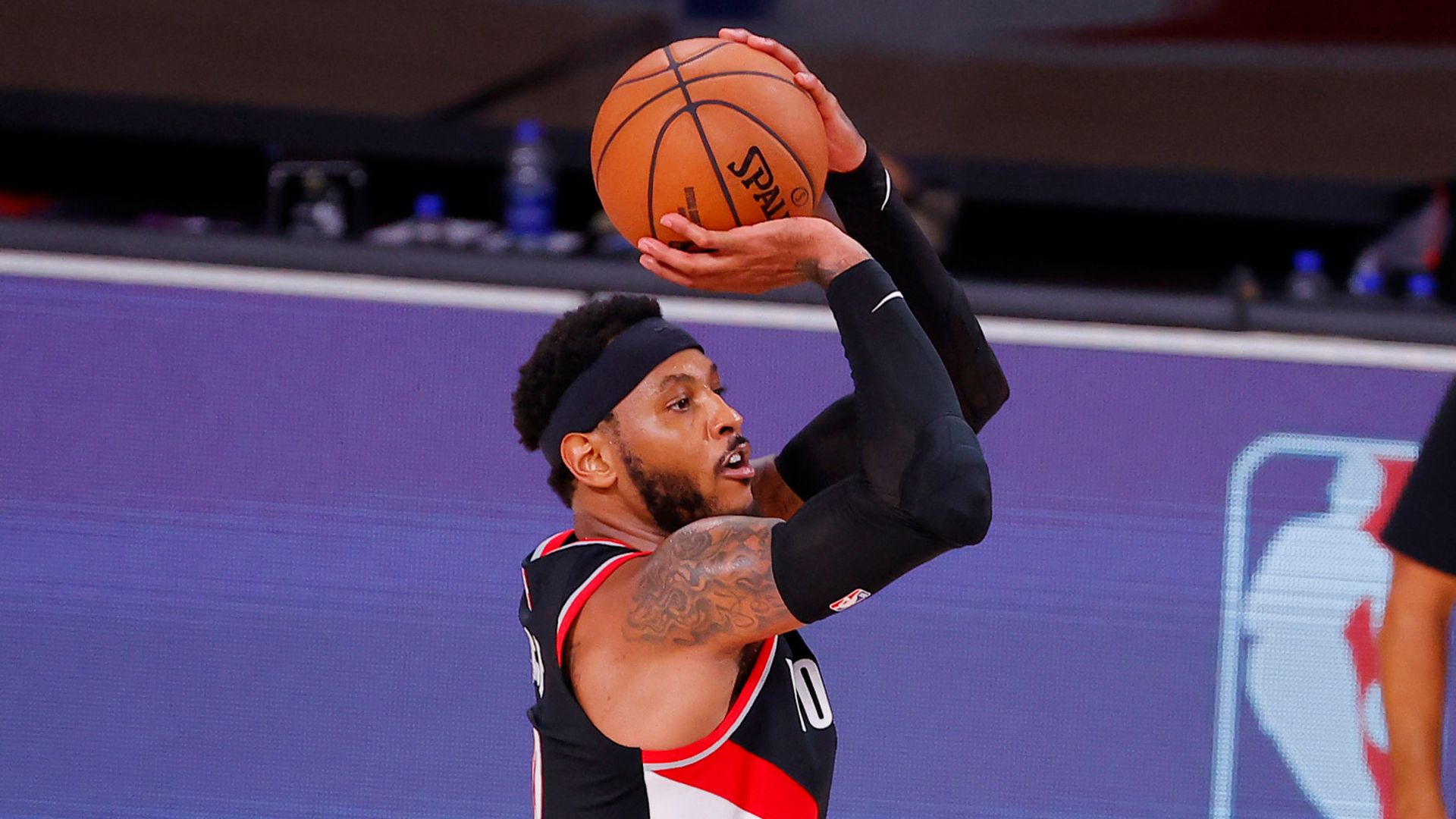 It’s been nearly two years since Carmelo Anthony was released by the Houston Rockets after playing just 10 games with the team.

With two plays in the final three minutes on Tuesday night, the 36-year-old played a decisive role in inflicting defeat on his former short-term employers.

Anthony blocked a P.J. Tucker three-pointer with the scores tied before sinking a three-pointer with 54 seconds remaining to put the Portland Trail Blazers up by five, Damian Lillard hitting two free throws to close out a 110-102 victory.

Following long careers with the Denver Nuggets and New York Knicks, Anthony spent just one season with the Oklahoma City Thunder before his stint with the Rockets. After over a year away from the court, he eventually signed with Portland in November 2019 in view of reviving his career.

“When we got him, everybody had something to say about him, what he’s going to do defensively, he’s getting older, he’s done, where’s he going to fit in,” said Lillard. “Everybody just had something to say. How he is in the locker room and all these things, why it didn’t work out with these other teams.

“But he came to us and he was just like, laid back, good teammate, good for our younger players, on the floor he’s talking whether he’s having a good or bad game. Just all about the team.

“He understands what we need from him in certain situations depending on how the game is going.

“It’s obvious to somebody like me that pays attention to everything. I find it real funny and disrespectful how people speak on him. He’s a Hall of Famer.”

Victory over Houston moved the Blazers to within 1.5 games of the Memphis Grizzlies, who currently occupy the No 8 spot in the Western Conference.

Anthony put up 15 points and 11 rebounds in 36 minutes of action, and is currently averaging 16.3 points after Portland’s opening three games of the restart.

His efforts against Houston come days after another clutch performance against the Grizzlies in which he supplied back-to-back three-pointers in overtime to help Portland towards a crucial 140-135 win.

“He finds the spots that we need him in,” added Lillard. “He’s not out there trying to play it like he’s still in New York, or Denver.

“He knows we need him sometimes to be on the weak side, he knows when it’s time to do an isolation on the block, he respects coach when he might take him out before he’s ready to come out.

“I just think when you see those type of things from a guy of his stature, I think it says everything to our team.”