It’s rare that a four-division champion has an underdog mentality, but that’s exactly what Leo Santa Cruz will bring into the ring when he takes on Gervonta Davis.

“This is the biggest fight of my career. It is the fight I always wanted … so, I am really excited,” Santa Cruz told Fight News. “I am motivated and training hard for this fight. No one gives me a shot, but I am going to shock the world.” 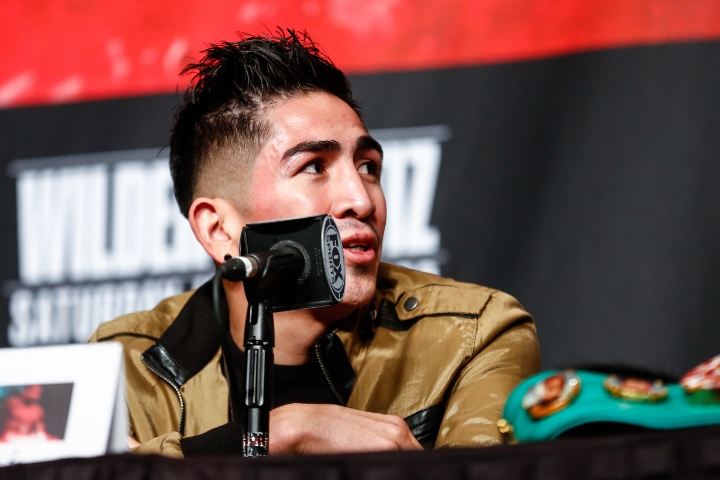 The matchup between Davis and Santa Cruz was months in the making. It would have taken place sooner had it not been for the global pandemic caused by Covid-19, most likely in the Los Angeles native Santa Cruz’s backyard at the Staples Center in June.

Better late than never, Santa Cruz was fully aware of his next big task at hand.

“I was expecting Tank to be the opponent. There was already talk about the fight. I was just waiting for everything to go back to normal. We thought in July or August, but now we will be fighting in October,” said Santa Cruz. “I was active during quarantine. I stopped for about a month because my dad got the virus. He wasn’t doing well but he’s good now.”

Santa Cruz’s father and trainer Jose has been battling with myeloma spinal cancer in recent years, and the virus was yet another blow to his broken-down body.

Ultimately, Leo is using his family’s unfortunate situation to fuel his fire.

“My father gives me motivation. I look at him and everything he has been through makes work harder at what I do,” said Santa Cruz.

Santa Cruz said that if Davis displays equal dedication — he had slight issues making 135 in his last fight despite the fact that he was moving up from 130 to fight Yuriorkis Gamboa — he will be better equipped to perhaps withstand his relentless pressure.

“If he works hard, dedicated, and has the discipline, he will make the weight,” Santa Cruz said. “If he doesn’t make the weight. It’s going to cost him a lot.”