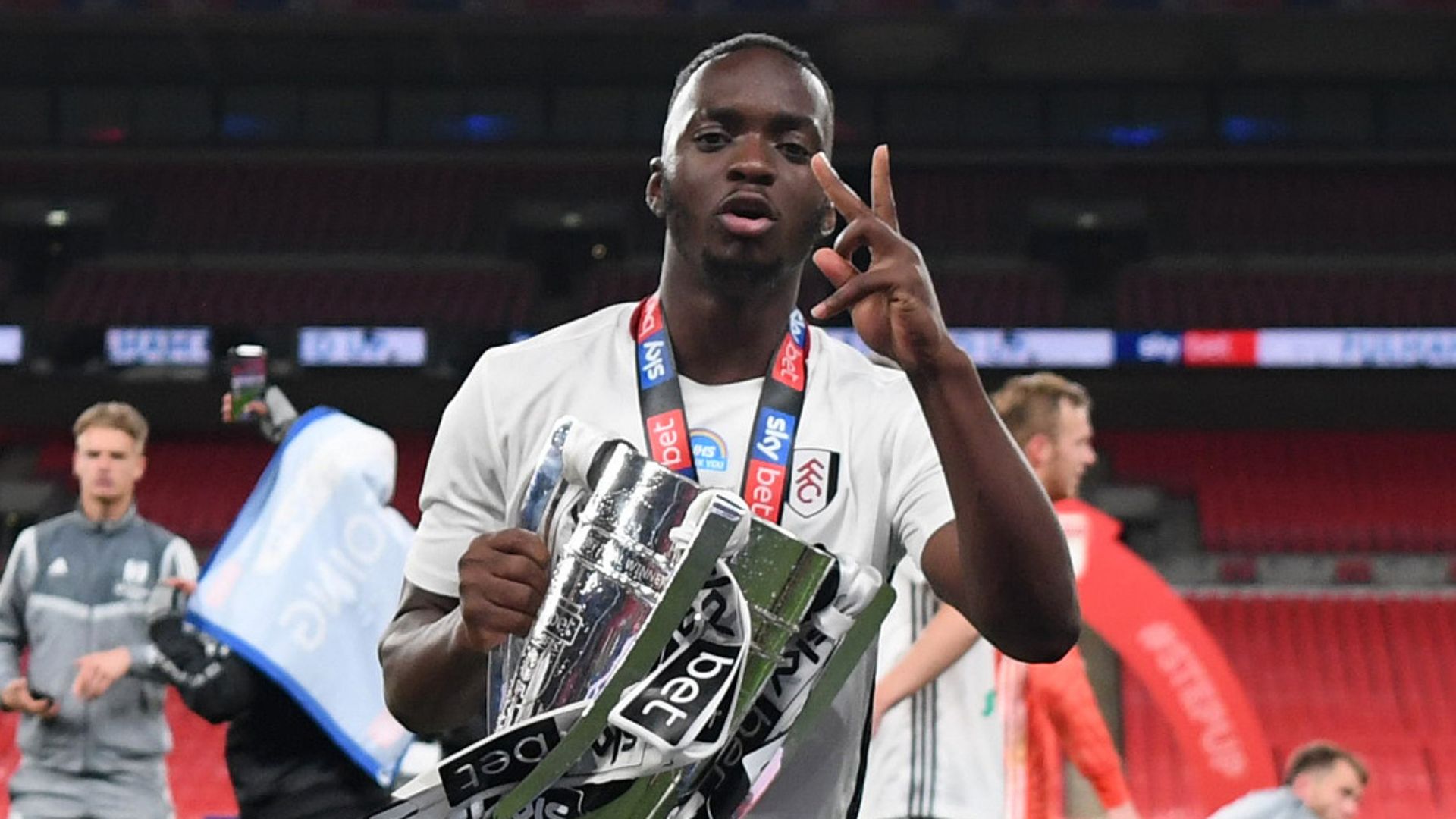 Kebano: “I have a lot of affection for this club, for the fans, so it’s natural this decision to sign a contract when this opportunity was offered to me”

Neeskens Kebano has agreed a two-year contract extension at Fulham following the club’s promotion to the Premier League.

Scott Parker’s side sealed an immediate return to the top flight with victory over Brentford in Tuesday’s Championship play-off final.

Kebano has been a key player for Fulham in the latter stages of the season, scoring five goals in his last five games including a free-kick in the semi-final win over Cardiff.

The 28-year-old, whose contract was up at the end of this season, has committed to the club until the end of the 2021-22 season.

Kebano told the club website: “First of all, I’d like to thank the club for giving me this opportunity to extend my contract.

“It has been a long journey since we started the season, we have been playing for over a year. We’ve been working very hard which has paid off with promotion to the Premier League.

“I’m delighted for the team, the staff and the supporters, we’ve remained together which has brought us to where we are now.

“I have a lot of affection for this club, for the fans, so it’s natural this decision to sign a contract when this opportunity was offered to me, and I’m very happy to be here for a couple of more seasons.”

‘We must keep dressing room spirit this time’

Tom Cairney says Fulham must add Premier League-quality players to their squad this summer, but has warned the club against making the same mistakes as their previous spell in the top flight.

Their previous spell in the Premier League, during the 2018-19 season, saw them relegated after just one year despite spending around £100m in the transfer market.

Several of those big-money signings failed to impress, and Cairney told Sky Sports News: “We need to keep the dressing room and the team spirit together – I think we lost that a little bit too early the last time we went up.

“I think we’ve got to add quality. We’ve got to add Premier League players because it’s a tough league. It’s a different ball game. So hopefully we can learn a little bit from last time.

“The main objective is to stay in the league. We haven’t got long to enjoy it really – I think the season starts next month, which is a bit scary. But I’m excited.”

Fulham’s promotion would not have been possible without the 26 goals scored by Championship Golden Boot winner Aleksandar Mitrovic, but that should not stop them signing a new striker, says their former left-back Paul Konchesky.

No other Fulham player reached double figures for goals this season and when asked by Sky Sports News where the side could be strengthened, Konchesky said: “Maybe another No 9.

“Maybe he [Scott Parker] might bring in another centre-half. I know there’s talk of Alfie Mawson leaving the club, so it might be one in, one out.

“But they’ll know as a club where they need to strengthen and hopefully they’ve got the right recruitment staff to go and get their players.”