According to the commission notes, Miller’s legal team was notified of such proceedings and did not object to the suspension. 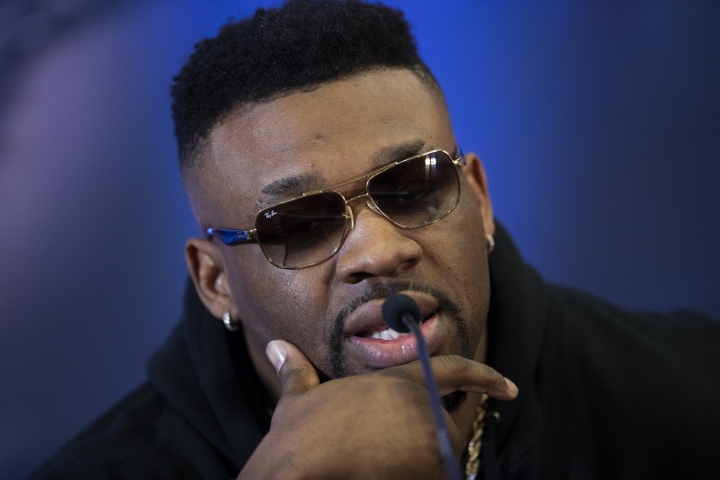 Miller (23-0-1, 20KOs) provided a testing sample in late June which came back positive for the banned substance GW501516—also known as cardarine and endurobol—ahead of his scheduled July 9 clash with Jerry Forrest which was to have aired live on ESPN from MGM Grand Conference Center in Las Vegas. Miller was issued a temporary suspension two days later, as his application for request to fight in the state of Nevada gave the commission the right to treat him as a licensed fighter.

The distinction landed the heavyweight on the suspension list, a circumstance he managed to avoid following his previous drug testing scandal. Miller came up dirty on three separate tests surrounding his eventually canceled title challenger versus then-unbeaten Anthony Joshua which was due to take place last June at Madison Square Garden in New York City.

Because there wasn’t a physical license to suspend in the state of New York, the lone discipline applied was his application to fight ultimately rejected by the New York State Athletic Commission (NYSAC). Miller was issued a faux suspension by the World Boxing Association (WBA), which deemed that he was not permitted to participate in any WBA-sanctioned fight for a period of six months.

No sanctioning body has the jurisdiction to prevent a boxer from fighting anywhere the United States, although Miller and his team honored the ruling handed down by the WBA in hopes of reappearing in the rankings upon return to the ring. That was hoped to have come following his scheduled July 9 date versus Forrest, which would have been his debut under the Top Rank banner after signing with the Las Vegas-based promotional outlet earlier this year.

Instead, it was a second straight lost opportunity for Miller who hasn’t fought since a 4th round knockout of Bogdan Dinu in November 2018.

Replacing Miller on the July 9 date was Cameroon-born Carlos Takam, who now lives in Las Vegas and was able to pick up a win close to home in outpointing Forrest in the main event. The win reasserted Takam as a heavyweight contender, coming 13 months after Miller saw late replacement Andy Ruiz make history in his place after stopping Joshua in seven rounds to become the first-ever Mexican boxer to win a major heavyweight title last June.