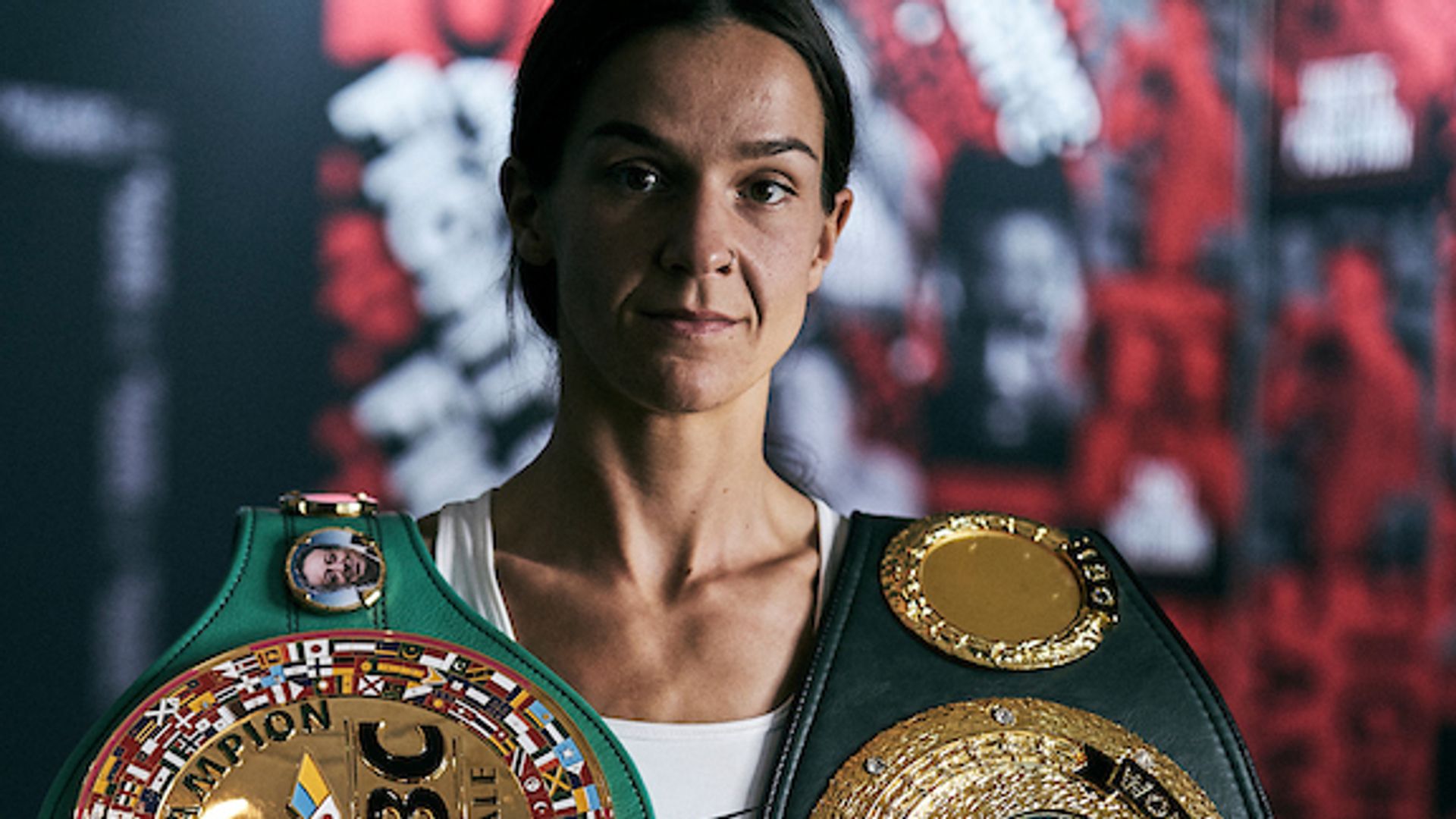 Harper’s WBC super-featherweight championship is at stake on Friday at 7pm, live on Sky Sports, in the first-ever all-British women’s world title bout.

The champion called her challenger “unprofessional” earlier this week for arriving late to Fight Camp and their respective trainers clashed in a heated argument at Wednesday’s press conference.

Gallagher, Jonas’ trainer, said about Harper: “She throws an average of 19-23 punches per round in a world title fight. They talk about a great engine?

“Saying she doesn’t get hurt? She got hurt in the first round [against Viviane Obenauf].

“She will get chin-checked on Friday night.

“Jonas, people are banking on her loss to Obenauf. That isn’t how it works. Jonas will chin-check Terri.

Harper’s trainer Stefy Bull hit back by mentioning Jonas’ 2018 stoppage defeat: “She got filled in, dropped two or three times.

“They’ve got three common opponents. Terri stopped the other two much faster than Tasha did.

“This is all bravado. It’s all talk, it means nothing. It’s about those two ladies – I believe Terri is special and she will show that on Friday night.”

Gallagher fired back again: “Watch how many times Harper is hurt in a fight, how many times she is shy. Terri has been hurt and she will get hurt in this fight.

“Tasha is the banger in this fight.

Gallagher told Bull: “You have to back it up Friday night, and the pressure is all on you.”

The unbeaten Harper then said: “I’ve been told a few times about Joe’s mind games so I switch off and don’t let it bother me.

“I don’t feel pressure compared to [my world title fight].

“I’m looking for the stoppage. Tasha has never done 10 rounds, she’s not proven that she can go the distance. If I land a good shot on Tasha? Lights out.

“Talking about Tasha’s knockout rate? She has fought nobodies. Who has she stepped in the ring with? Tasha has not proven herself.

“They will have a big shock on Friday.”

Jonas, the 2012 Olympian who is 13 years older than Harper, warned: “Power is something I’ve always had, I have a good knockout percentage, I know that I carry power.

Promoter Eddie Hearn reacted to Jonas and her trainer’s late arrival to Fight Camp and their brash pre-fight talk: “Gallagher is a master tactician, not just in the ring but with the mind games as well.

“Everybody was told they have to be here on Monday at their specific times for [coronavirus testing].

“Apparently that wasn’t Gallagher’s interpretation. They came [on Tuesday].

“He even had an interesting strategy to temperature check the security guard when we arrived – something we have not seen before. He was lucky not to get one on the chops himself!

“He’s trying to get in the mind of Harper and Stefy Bull.

“This is a huge opportunity for Jonas.

“Harper at 23 looks so strong and almost invincible but she is very inexperienced as an amateur and particular as a pro.

“Jonas has bundles of experience as an amateur all around the world. Everyone felt that Jonas would look to avenge her loss to Katie Taylor [at the 2012 Olympics] in the pro ranks but it didn’t work out that way.

“At this stage of her career, looking fresh and well, she has the chance to become WBC champion. She has a city behind her, many people behind her.