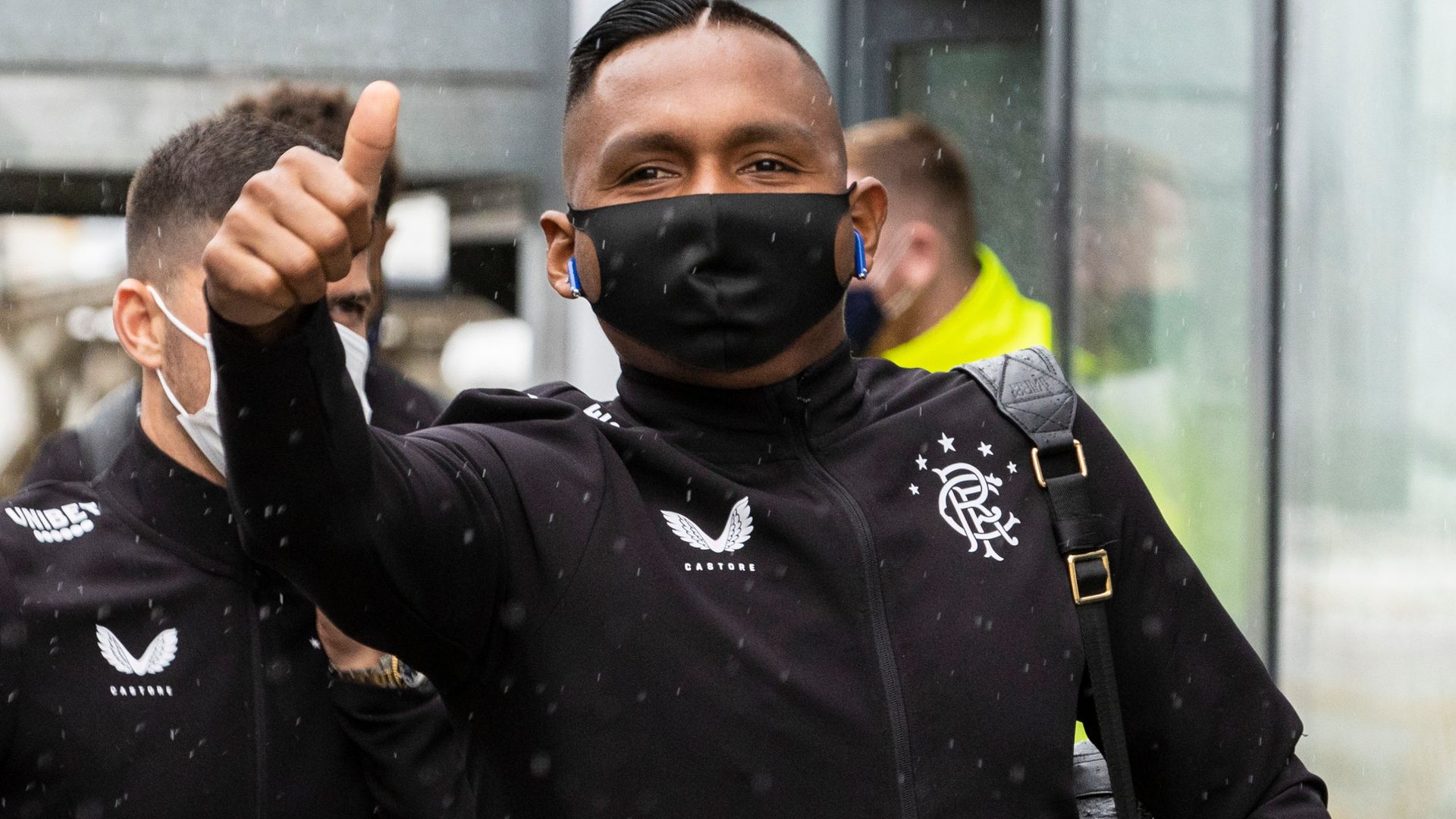 Gerrard: “We move ahead together, we stay professional, and we keep trying to get this football club positive results”

Morelos has been linked with a move away from Rangers this summer, with Ligue 1 side Lille interested in the Colombian, but he was in the starting line-up for Saturday’s win at Aberdeen.

On Tuesday, Rangers completed the signings of former Leeds striker Kemar Roofe from Anderlecht and Cedric Itten from St Gallen.

With Rangers needing goals if they are to have a chance of coming back from a 3-1 first-leg deficit against Bayer Leverkusen, Gerrard says he will not have any qualms about playing Morelos once again.

Gerrard said: “Alfredo is still a Rangers player. He is with us over here, he is focused on the game tomorrow.

“He will continue to be a Rangers player, until things change. And the only way that changes is if a bid is made that the board and myself are happy with.

“At the moment that has not happened, so we move ahead together, we stay professional, and we keep trying to get this football club positive results.”

Should Rangers cash in on Morelos?

Rangers should only retain Morelos for the new Scottish Premiership season if he is totally committed to the club, according to former Scotland midfielder Darren Fletcher.

Havertz to play against Rangers

Bayer Leverkusen coach Peter Bosz insists he has no concerns over Kai Havertz’s commitment levels, vowing the Chelsea target will be the first name down on his team-sheet to face Rangers in the Europa League.

Leverkusen are holding out for £90m for the attacking midfielder, but Sky Sports understands a structured deal starting at £70m and rising to that higher figure with add-ons has been proposed.