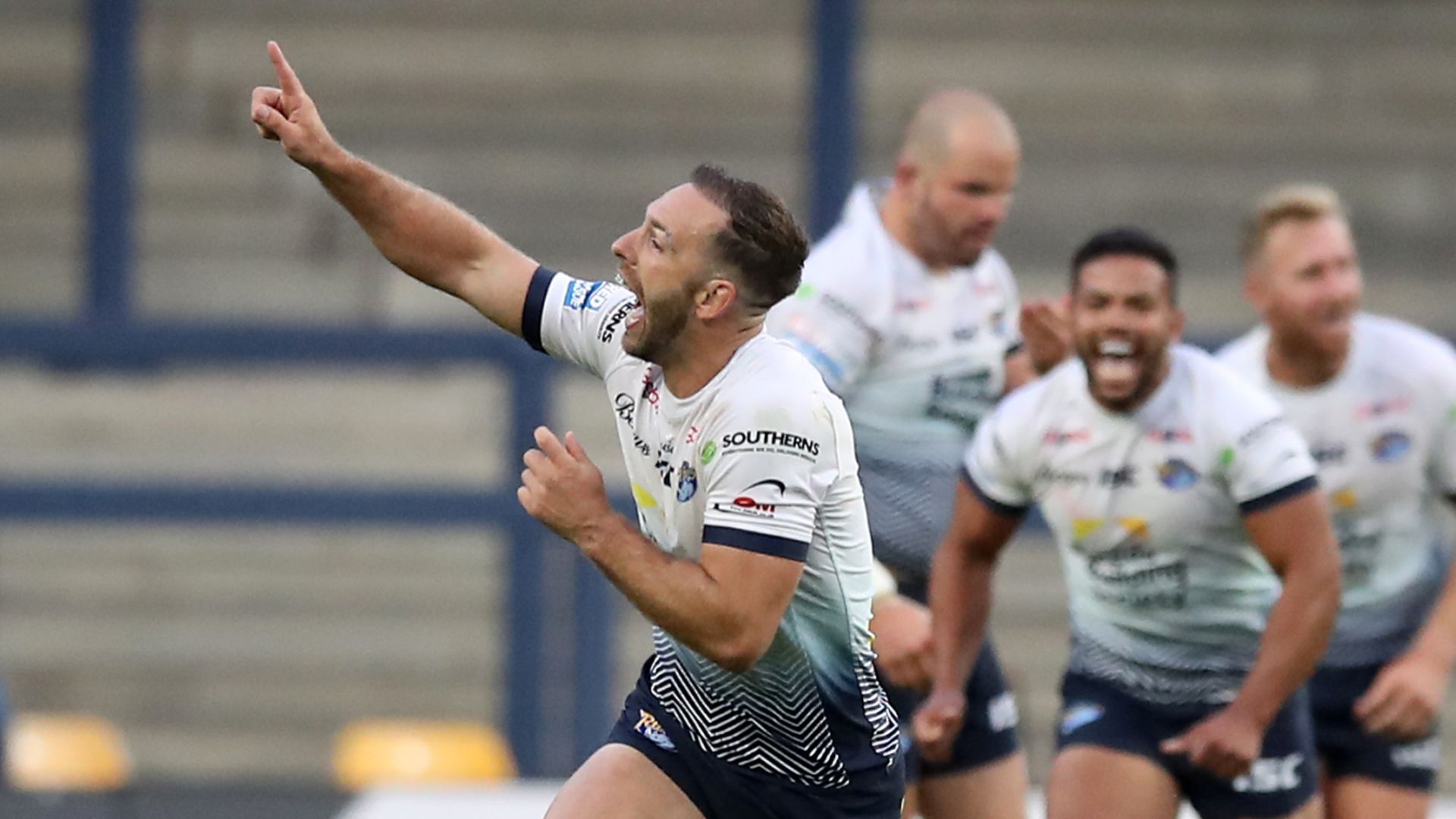 Watch all five matches from Round 8 of the Super League season live on Sky Sports Arena on Saturday and Sunday.

At the end of nearly every training session, Luke Gale will spend time honing his kicking skills in the knowledge they could be called upon in the vital moment of a game.

That proved to be the case last Sunday, when the Leeds Rhinos half-back slotted over a drop goal in golden point extra time to clinch a 27-26 win over Huddersfield Giants and cap a memorable comeback.

It is not the first time Gale has nailed a one-pointer with the game on the line, most famously doing so in the Super League play-offs in 2017 to send former club Castleford Tigers to the Grand Final for the first time.

And, speaking to the Golden Point Vodcast, Gale revealed not only the work that goes into ensuring he keeps those skills sharp but also how much he enjoys those pressure situations.

“After most sessions, I’ll do some infield kicking and some drop goals – normally with [20-year-old Rhinos team-mate] Callum McLelland,” Gale told the Golden Point Vodcast.

“I suppose if you give any half-back an opportunity to win a game in golden point, they’d put their hand up and relish that moment.

“I do and I love that moment – you’re either hero or zero, aren’t you? Luckily for me, it was hero. I think any half-back wants those situations and puts their hand up in those tight situations.”

The victory for Leeds on Super League’s return to action after a 20-week break was all the more memorable given that Gale and his team-mates had found themselves 20 points down with around 15 minutes to play and with just 12 men on the pitch due to Ash Handley being in the sin-bin.

But Gale’s try helped sparked a revival which turned the tide against the Giants, although Huddersfield still had the first chance to win it in golden point only for Lee Gaskell’s drop-goal effort to miss the target before the England international stepped up to the plate.

“To be honest, I’m still kind of in shock with the result, but we got the job done,” Gale said.

“At 20 points down, no-one gave us a chance – probably not even ourselves – but I think especially with this new rule, the momentum is everything and you saw for 60 minutes Huddersfield gained the ascended and in the last 20 we managed to flip that back.

“It was a crazy game; rugby league has always been a crazy game, but that was definitely up there with the strangest games I’ve ever been involved in.”

It does not get any easier for Leeds though as they round off the weekend’s five matches with a clash against reigning champions St Helens, who put in an ominously dominant display to defeat Catalans Dragons 34-6 at behind-closed-doors Emerald Headingley last Sunday.

Gale is all too aware of the danger posed by Saints and knows Leeds cannot afford a repeat of the first hour last week when they were punished for a number of errors.

“We’re under no illusions we need to be a lot better on Sunday, but hopefully we’ve learnt a lot from that game, and can move forward and defend a bit better.”