Zanfer Promotions resumes activities of their live boxing events, behind closed doors, at the TV Azteca studios in Mexico.

The event will take place on Saturday, August 15, and in the main event, an attractive showdown has been scheduled.

The fight was initially set for July 11, but fell apart at the last minute.

Former world championship contender Carlos “Chema” Ocampo (27-1, 17 KO’s) will face Jorge “Chino” Garcia (18-2, 16 KO’s) in a ten round clash at super welterweight, in what is expected a duel of strategies and settlement of outstanding issues. 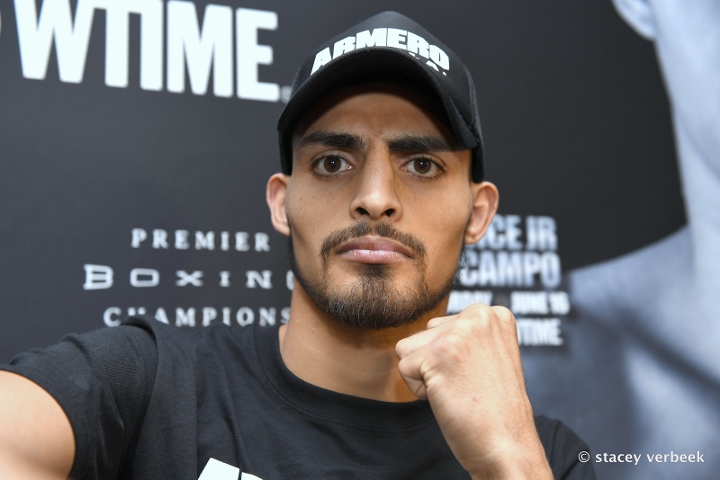 Ocampo’s fine and very technical style, in the face of the Garcia’s seasoned tactics. Both boxers always look for a knockout in the fight and want to end things early.

Ocampo is more experienced, more seasoned, and in addition, he is taller and has greater reach, however, García has power in his fists and always offers a lot of resistance.

The only time “Chema” lost was when he was stopped early by welterweight champion Errol Spence. The two losses that appear on García’s record were by close decisions in 6 and 8 round bouts. However, he is an explosive fighter from the initial bell, since 10 of his 16 knockouts have been within the first two rounds.

In his most recent presentation, in December 2019, Ocampo knocked out Argentine boxer Adolfo Mauricio Moreschi in the fourth round.

For his part, in November of last year, Garcia knocked out experienced Joel Juárez in two rounds.

The event will follow all the prevention and health protocols of the Health authorities of Mexico City, and of the World Boxing Council, and will be broadcast live on Azteca 7.