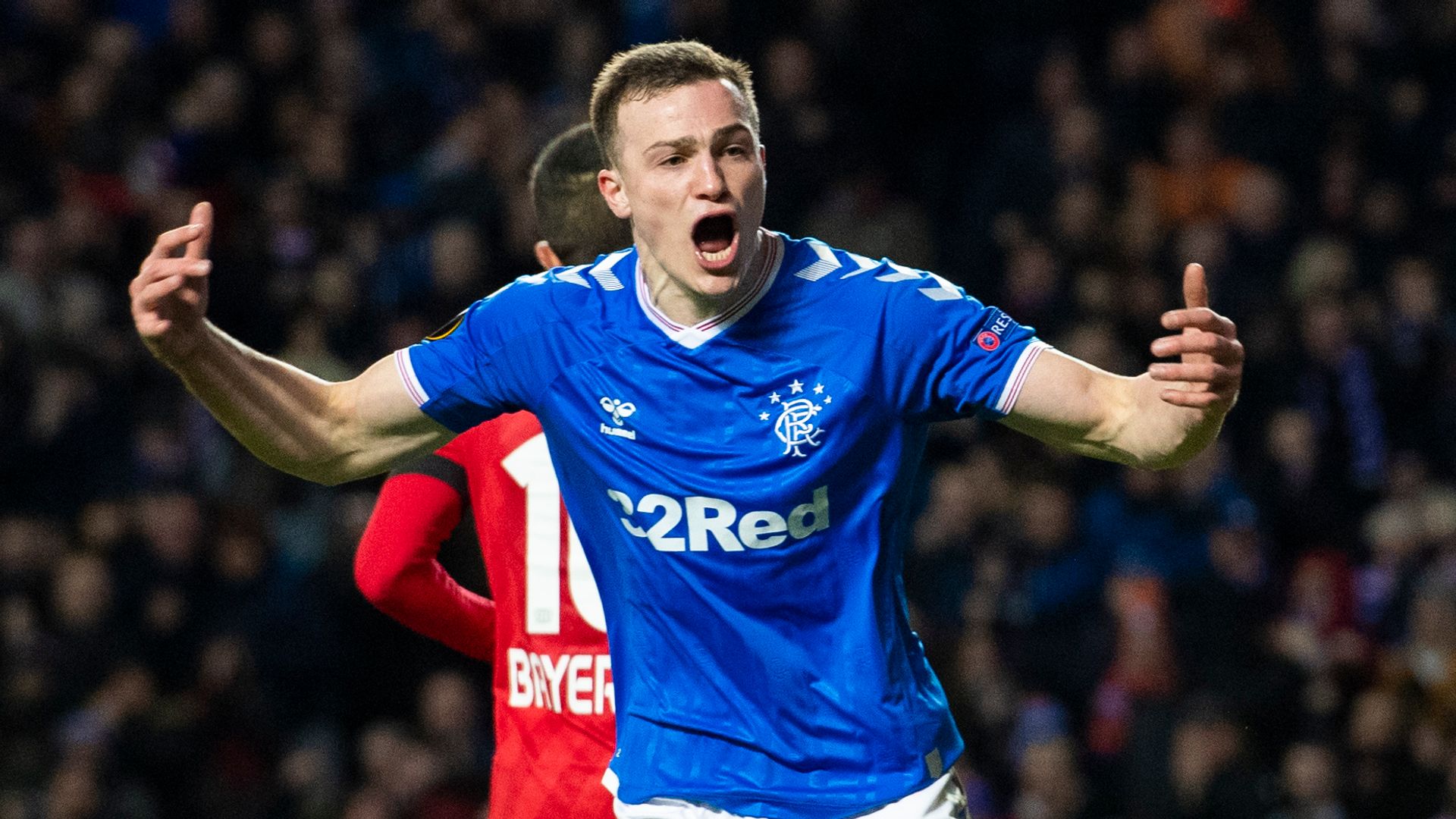 Team news and ways to follow ahead of Bayer Leverkusen vs Rangers in the Europa League last-16 second leg.

Nadiem Amiri has been ruled out for Bayer Leverkusen. As a precautionary measure, the midfielder is in quarantine after a member of his personal circle has been infected with coronavirus.

“This procedure shows that our hygiene measures are working and that the players are sensitised to the important corona issue,” said Bayer Leverkusen boss Rudi Voller in a statement.

“Nadiem’s behaviour is exemplary and important. Particularly in view of the current increase in the number of infections in Germany, this is an example of a serious and responsible approach to the pandemic.”

Rangers boss Steven Gerrard will not be able to call upon either of his new recruits as they return to Europa League action after a five month hiatus.

Forwards Cedric Itten and Kemar Roofe are not available so it will instead be down to Alfredo Morelos to lead the line against Bayer Leverkusen as Rangers look to overturn March’s 3-1 first-leg defeat at the Bay Arena.

But Gerrard has no concerns about starting the Colombian despite the widely held belief that his days in Glasgow are numbered now that the Light Blues have secured a couple of replacement options up front.

“If it’s a signal for other people there is nothing I can do about that,” said Gerrard. “Alfredo is still a Rangers player. He is with us over here, he’s focused on the game tomorrow and he’ll continue to be a Rangers player until things change. The only way things will change is if a bid comes in that the board and myself are happy with.

“At the moment that hasn’t happened, so we move ahead together, we stay professional and we keep trying to get this football club results. Alfredo Morelos is our player. He’s the player that I need to focus on. He’s fit, he’s available. He wants to play, he’s ready to play. You’ll see tomorrow whether I decide to play him but I have no issues with using Alfredo tomorrow if that’s what you want to know.”

Follow Bayer Leverkusen vs Rangers on Sky Sports’ digital platforms with a dedicated live blog from 5pm on Thursday.

Leverkusen have had a few weeks off after the end of the Bundesliga season, while Rangers are now back into it, winning in France during preseason and earning a great result at Aberdeen on Saturday when they looked OK.

Rangers have surprised me a lot in this competition, especially away from home, but Leverkusen were great in Glasgow. Steven Gerrard wants to play a 4-3-3, but he will play five at the back for this, and he will try and hang in to see if they can nick the first goal. I do not see this materialising.

Rangers are improving under Gerrard, but with the Scottish Premiership starting, it is more important than the Europa League stands right now. Gerrard will make sure his side do not get embarrassed and walk away with their heads held high.

Aberdeen bounce back to beat Motherwell

Bristol City through with dominant win at Millwall