In mid-July, for the first time since the start of the coronavirus pandemic, a boxing gala was staged under the motto ‘Summer Open-Air.’ The card was put together by SES Boxing, in front of spectators with a special permit from the Magdeburg Health Department.

SES promoter Ulf Steinforth stated: “After the great restart in July, where we did so much right, we are setting the next high point on the floating stage. With the three main fights we can offer great boxing again – and again with spectators. I’m looking forward to Yoan Pablo Hernandez’s comeback. He is a great boxer whose sporting history has not yet ended. Since he is now really fit again, he has nothing to lose on this return – now in the heavyweight division. He can just win.” 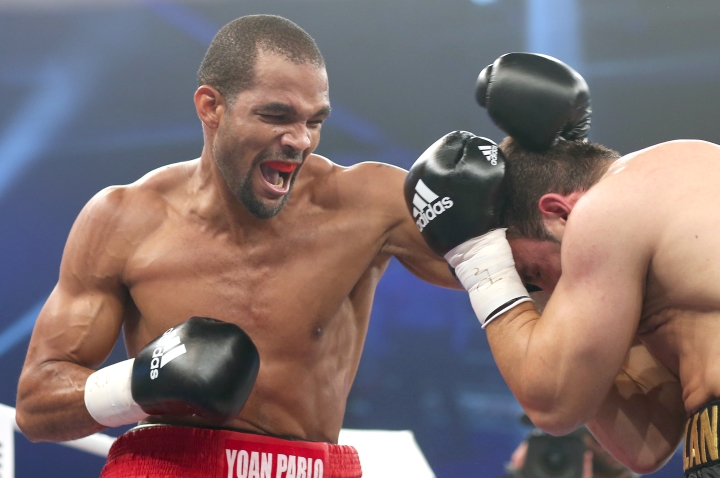 Former IBF cruiserweight world champion Yoan Pablo Hernandez is now running in the heavyweight division. And veteran Kevin Johnson, who was tested in many title fights, is his opponent. The fight is set down for August 22 in Magdeburg.

After almost exactly six years, Hernandez wants to return to the public eye – and starts his now well-respected comeback in cooperation with SES Boxing, in the heavyweight division.

The 35-year-old Hernandez has no issue with testing his skills against someone like Johnson (34-17-1, 18 KOs), who has been tried and tested in many title fights and whose list of opponents reads like the “who’s who” of boxing: Vitali Klitschko, Tyson Fury, Anthony Joshua, Andy Ruiz Jr., Kubrat Pulev, Derek Chisora ??and also Mariusz Wach. Johnson has rarely been stopped within the distance.

Hernandez stated: “I still had that little spark in me – my boxing story wasn’t over yet. Boxing was and is my life, I am as fit and healthy as never before – so I can really look forward to this fight. And, I no longer have to suffer as much in the heavyweight division, no longer have to put on weight. Kevin Johnson is a more experienced man – the right opponent for my comeback.”