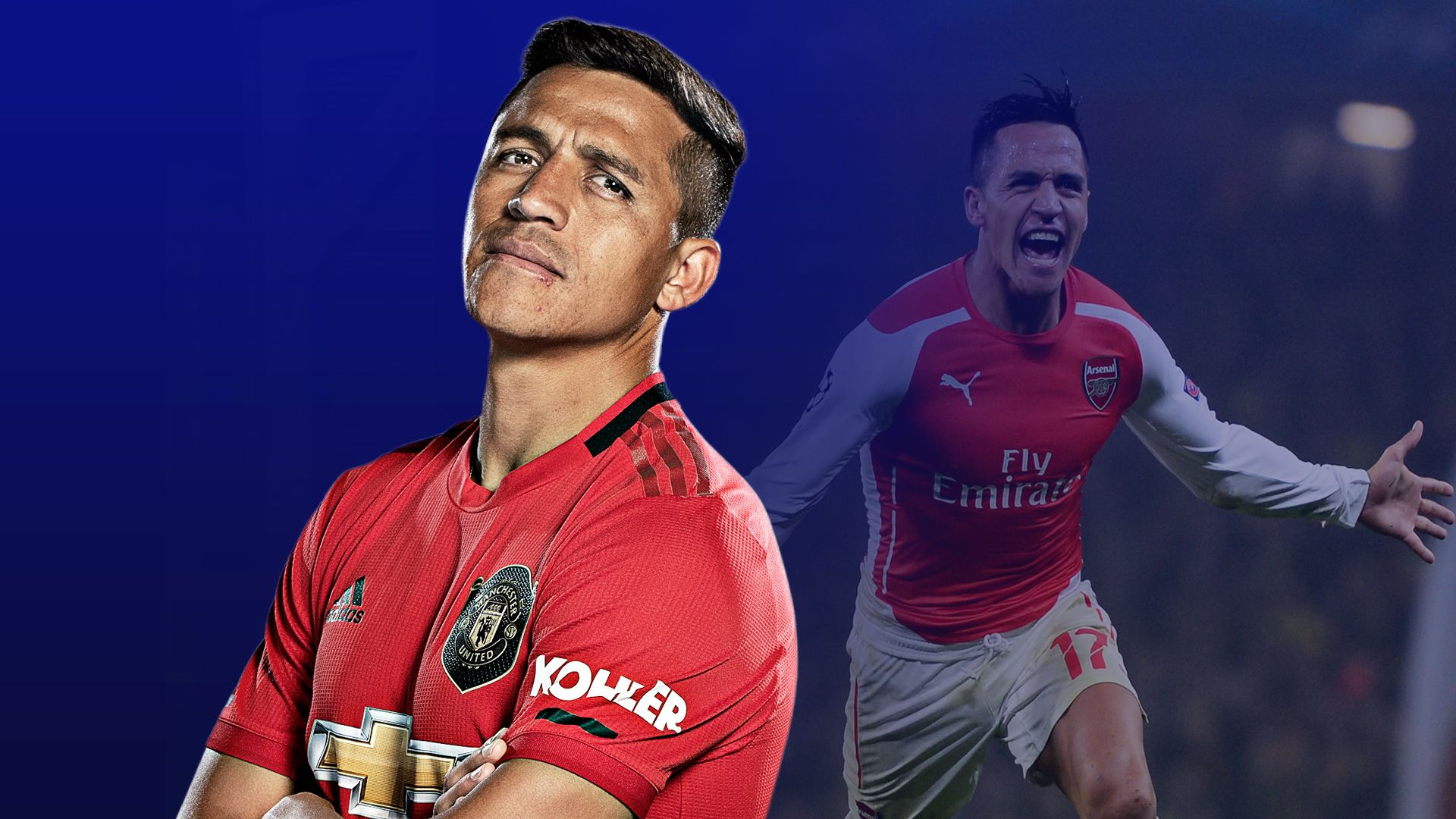 With Alexis Sanchez’s Manchester United ordeal coming to an end, Adam Bate drills down into the numbers to work out where and why it all went wrong for the Chilean forward who many tipped to succeed at Old Trafford after impressing at Arsenal.

Gary Neville summed up the feelings of many in his assessment of Alexis Sanchez’s time at Manchester United. The best-paid player in the Premier League departs having scored only three goals in the competition since his transfer in January of 2018. Supporters had long accepted that this was a move doomed to fail but there is still confusion as to why.

This was no slow decline. Sanchez had been named Arsenal’s player of the year just eight months prior to joining United but proceeded to struggle from the outset. Burnout was offered as an explanation but after his first summer off in years his form deserted him entirely. How did one of the Premier League’s most exciting players become its biggest bust?

Perhaps that can only be answered by taking in multiple factors. For example, it would be remiss to ignore the intangibles such as the player’s relationship problems and his tax issues in Spain. Nevertheless, when it comes to events on the field there may be a more prosaic explanation given that Sanchez’s role at United was never clearly understood.

He is indeed a versatile player. Sanchez began his European adventure on the right-wing for Udinese and was often used in that position for Barcelona before switching to the left upon joining Arsenal. He has shown himself capable of playing as a number 10, thriving on the counter-attack, and eventually operating as a striker to great effect in London.

But the constant throughout Sanchez’s career prior to joining Manchester United was that wherever he played he was more of a goalscorer than a creator. Although his positioning at Arsenal might have seemed similar to the role that he was asked to play at Old Trafford, where he swiftly displaced the in-form Anthony Martial, the chemistry was very different.

Even when deployed out wide at Arsenal, Sanchez often had Olivier Giroud ahead of him with Mesut Ozil as the playmaker. He could not have hoped for two more selfless team-mates. At United, only Juan Mata fitted that bill. Romelu Lukaku was the striker with Sanchez expected to add the creativity despite being someone who relies on it from others.

At Manchester City, for instance, the club that had been in competition for his signature, Pep Guardiola would surely have used Sanchez differently. Given that he praised Arsene Wenger for finding the right role for the player in a way that he had not at Barcelona, Sanchez would likely have been seen as a mobile finisher, rivalling Sergio Aguero up front.

It was as a striker that Sanchez scored many of his 22 Premier League goals during his final full season at Arsenal – a campaign in which Aguero was the only forward to attempt more shots. The extraordinary dip in shot volume since then is surely the simplest explanation for Sanchez’s lack of goals. It’s not that the shots stopped going in. The shots just stopped.

Sanchez’s success at Arsenal was no flare up. He averaged at least 3.6 shots per 90 minutes in each of his four seasons with the club. As soon as he pulled on a United shirt that changed. He did not even manage half that many shots in either his first season there or his second. He became a different player because he was a different player in United’s system.

“He was coming into a defensive playing team,” argued Robin van Persie. The Dutchman made the same journey north but he had joined Sir Alex Ferguson’s United. Jose Mourinho’s concerns over the team’s defence meant that there was rarely an overlapping full-back able to buy space for Sanchez and there wasn’t the same freedom either.

It proved a toxic combination. There was more onus on Sanchez to make things happen for himself but less space in which to do so. He had fewer touches in the opposition box and attempted more dribbles than ever before in trying to get there – earning unwanted headlines when he ceded possession 36 times in games against Huddersfield and Newcastle.

In truth, while Sanchez could be careless in possession, this was never the real issue. Like many other top players, Sanchez had always been afforded this responsibility at Arsenal too. He had the freedom to try things because he was the man to make things happen. Some of the most productive players give the ball away. Unfortunately, he was no longer so productive.

Interestingly, his creativity levels remained fairly constant throughout his Premier League career. He even produced assists more regularly at United than he had at Arsenal – think of the two goals that he laid on during that memorable 3-2 win over Manchester City at the Etihad Stadium in 2018. He created as much as he ever did but that was never his main strength.

Sanchez got more goals than assists in each of his seasons at Arsenal but that statistic was reversed in both of his campaigns with United. At Arsenal, he had a shot more often than he created a chance for a team-mate. At United, he created a chance for a team-mate more often than he had a shot. It was an inversion of what had made him such a good player.

Hope faded long ago. Last season, Sanchez actually lost possession less often than ever before. In part, that’s because he stopped dribbling. The man who had built his game on being the man to make things happen abdicated that responsibility. Wenger, the coach who trusted him more than anyone, identified a lack of belief as leading to him becoming cowed.

“I believe he has lost confidence,” said Wenger. “The strength of Alexis Sanchez is to show initiative, to dribble, to take people on. These players are the most vulnerable when they have no confidence any more because their game is based on feeling free to take the initiative. He had a high level of physical energy and he has lost that as well.”

That last point offers perhaps the most telling explanation why there was unlikely to be a way back for the player. Sanchez turned 31 in December. The qualities that once marked him out as one of the best will be difficult to recapture and though Inter have made the move permanent his tally of four goals for his new club suggests United will just be grateful to have trimmed some of his vast wage from their outgoings.

He departs as just another disappointment – albeit an expensive one. Another example of the malaise that gripped the club in the years after Ferguson’s retirement. Inexplicable? There were reasons, clues why this was not a good fit, and more that could have been done to make it work. But nobody could have foreseen quite how badly Sanchez’s move would go.