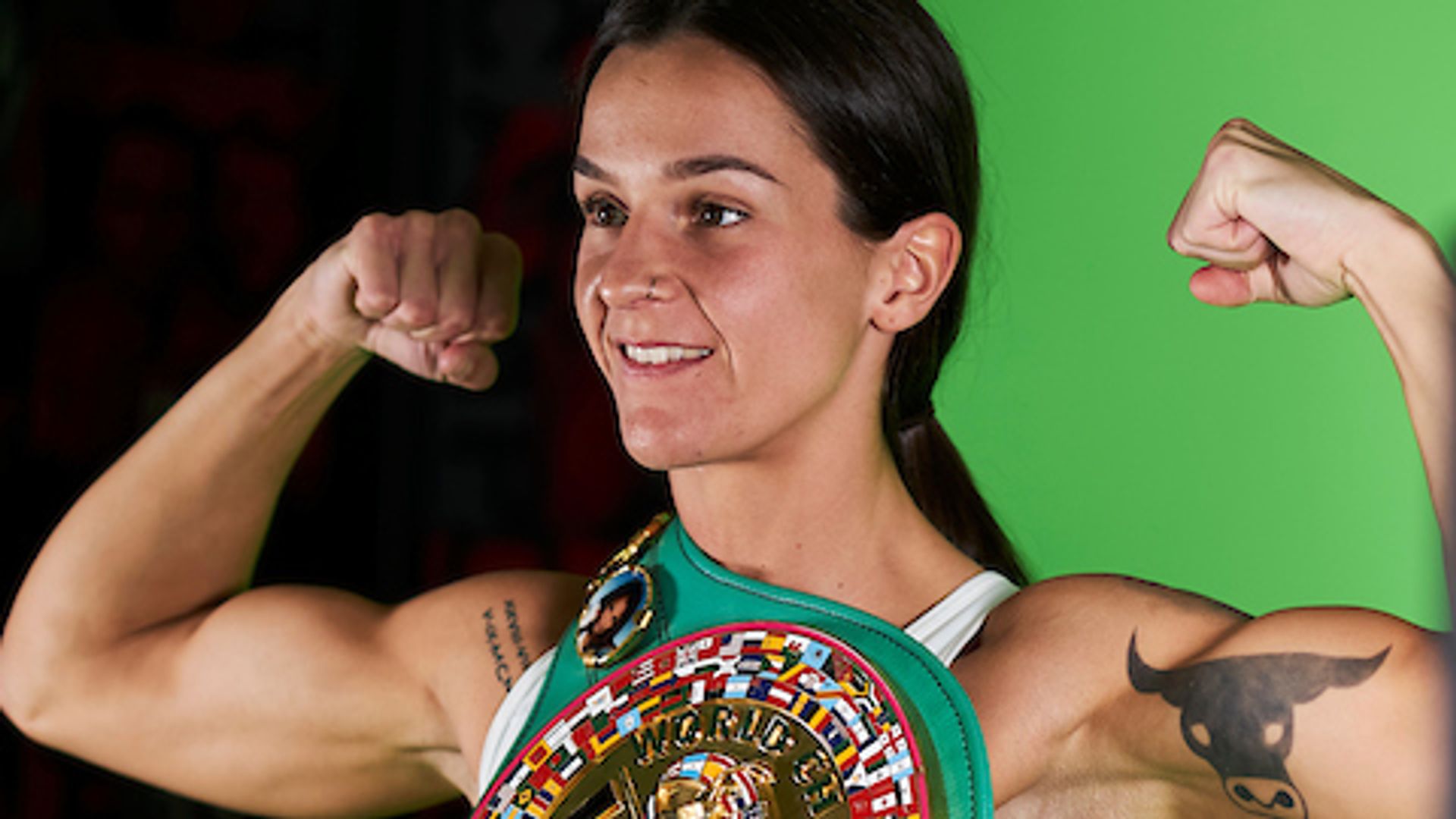 Terri Harper has criticised her challenger Natasha Jonas as being “unprofessional” and accused her of “throwing a spanner in the works” of Fight Camp by arriving late.

Everyone arriving at the behind-closed-doors venue at Matchroom HQ was given a specific time to comply with COVID-19 requirements but Jonas missed her slot then turned up later on Tuesday afternoon.

An unimpressed Harper told Sky Sports about her absent opponent earlier on Tuesday: “No risk of bumping into her!

“For me, she can do what she wants. But on [behalf of Matchroom and Sky Sports], the work that you have put in, making sure everything sticks to the schedule, it’s thrown a spanner in the works.”

Harper has been forced to deny a rumour, suggested by Jonas’ trainer Joe Gallagher, that she has been recently hurt in a sparring session.

She warned London 2012 Olympian Jonas: “For me, professional and amateur boxing are two completely different styles.

“I’m going to use my engine that for some reason Natasha thinks could be a bad thing. I’m going to work Natasha all night and break her down.”

Harper has already been targeted by Mikaela Mayer, the undefeated US Olympian.

“There’s no hard feelings towards her,” Mayer told Sky Sports. “I just want to fight her, kick her ass and take her belt!

“If I were to fight her? I would take her out of that comfort zone that she is in, and take it to her.

“She has good skills – she’s tall, uses her reach well, has a good jab. Solid, basic foundations. She doesn’t have anything that is complete trash or not technically sound.

“But she isn’t well-rounded yet. She still has a long way to go.

“She will develop over time. But by the time she gets to the top level? I’ll be two levels ahead of her. She’ll never catch up to me.”