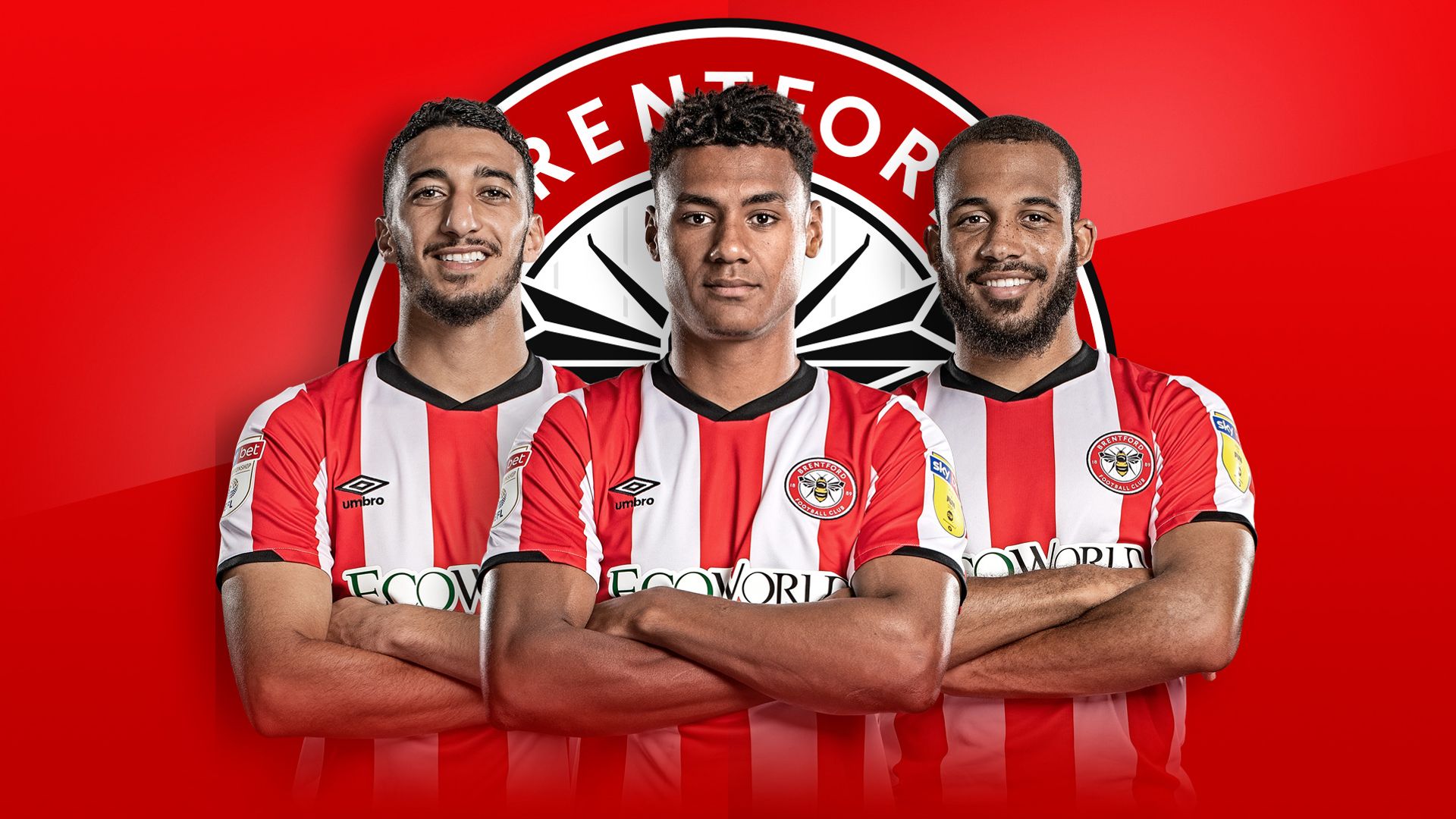 Watch Brentford vs Fulham in the Championship play-off final on Sky Sports Football from 7pm on Tuesday; Kick off 7.45pm

Said Benrahma, Bryan Mbeumo and Ollie Watkins have played a significant part in Brentford’s push for promotion from the Premier League this season.

Owing to their extremely successful relationship, the trio have scored 58 goals between them ahead of Tuesday’s Championship play-off final with Watkins missing out on the Golden Boot – which was won by Aleksandar Mitrovic – by a single strike.

Ahead of their west London showndown with Fulham at Wembley, Sky Sports went down to Griffin Park to discuss the language barrier between themselves and comparisons with Liverpool’s front three and leaving their home of 116 years as a Premier League side…

On the ‘BMW’ nickname and comparisons with Liverpool’s front three…

BM: “I’d be an Audi. Said would be Roberto Firmino, very attacking, a good finisher. I think it would be hard to say who is who among Mo Salah and Sadio Mane but I would probably be Mane and Ollie would be Salah.

OW: “They are unbelievable, some of the best in the world and it’s nice to always be compared to players of that stature. But I feel like we are compared to any front three that score a lot of goals. We are a long way away from what they have achieved but we are doing well in this league and hopefully we can rise to a big occasion on Tuesday and score when we need to.

“I’d like to say BMW is a good description for us. The nickname is a good laugh but I have just got a BMW and they are nice cars, so I think it’s a compliment.”

On grafting in the shadows…

SB: “To see where I got my skills, you would have to look back at my time in Algeria growing up. I’ve always tried to produce some nice technical skill and I always try to enjoy my football. I think that is important, so it is working out for me and I’m glad it is.”

BM: “I think mentally this has been a great benefit, having the opportunity to play at different levels. Also, it has helped in terms of adapting to a new country, coming here playing football.

“People like Thierry Henry and David Trezeguet were some great players and I did grow up watching them for the national team as well as for their clubs. The more you look at these players, you try and learn and try to replicate what they are doing on the pitch.”

OW: I feel like coming from the bottom makes you hungry and you are always striving for more, so I am not surprised these two have been in the lower leagues and worked their way to the top and hopefully we can keep going up together.”

On coping with the language barrier…

SB: “I do understand more than people think and the most important thing is that we understand each other on the pitch. We get along on and off the pitch and we always try, even though I may not understand everything. Things are working out really well.”

BM: “Ollie can’t understand a single word in French, but I can understand some of the things Ollie says in English.”

OW: “I think working on the training field together a lot has helped. Although I don’t speak French, they do speak English and there are people around the club who can translate. We just find a way to communicate and we have done that this year.

“I can never understand their jokes because they’ll say it in French and then laugh, so I’ve just got to laugh with them. I don’t think I can repeat any of the French words I know on camera, to be honest. I know the basics, but it’s mostly the ones where they miss a shot and they shout. I’ve picked them up and if I was playing in France, I am sure I would be using them!”

SB: “With the atmosphere here at Griffin Park and the fact it is very tight, very narrow and very busy, it almost feels like a cage. It was very special having all the fans around you, supporting you throughout the game.”

BM: “The first time I saw a game from the stands, I had goosebumps. People were singing and putting their hearts into it. Whether we were winning or losing, people stood by you, so it’s a really unique atmosphere.

“Griffin Park is a special ground for us but Wembley is special for all of England, so I think the fact of playing there alone, whether or not there are fans, is going to be quite special. Obviously it would have been more special with fans but we are going to try and get the best out of it.

OW: When I got to the club I realised the history behind it and how long this stadium has been here. There has been a lot of memories. It’s going to be a shame this is going to be knocked down but it is the next step for the club and the new stadium looks unbelievable. When I went to the stadium, I was afraid it was going to lose the atmosphere and we were going to be distanced from the crowd but judging by the pitch, it is going to have the same atmosphere, just with a newer feel.

“I’ll try and use my experience from the last time I was in the play-off final – with Exeter in 2017 – and hopefully this time it goes a lot better. I can use that experience to try and improve on what I did not do last time and that was work hard enough. I will leave it all out on the pitch.”

Chan 2021: Zambia can fulfill their goal by working together – Sikombe