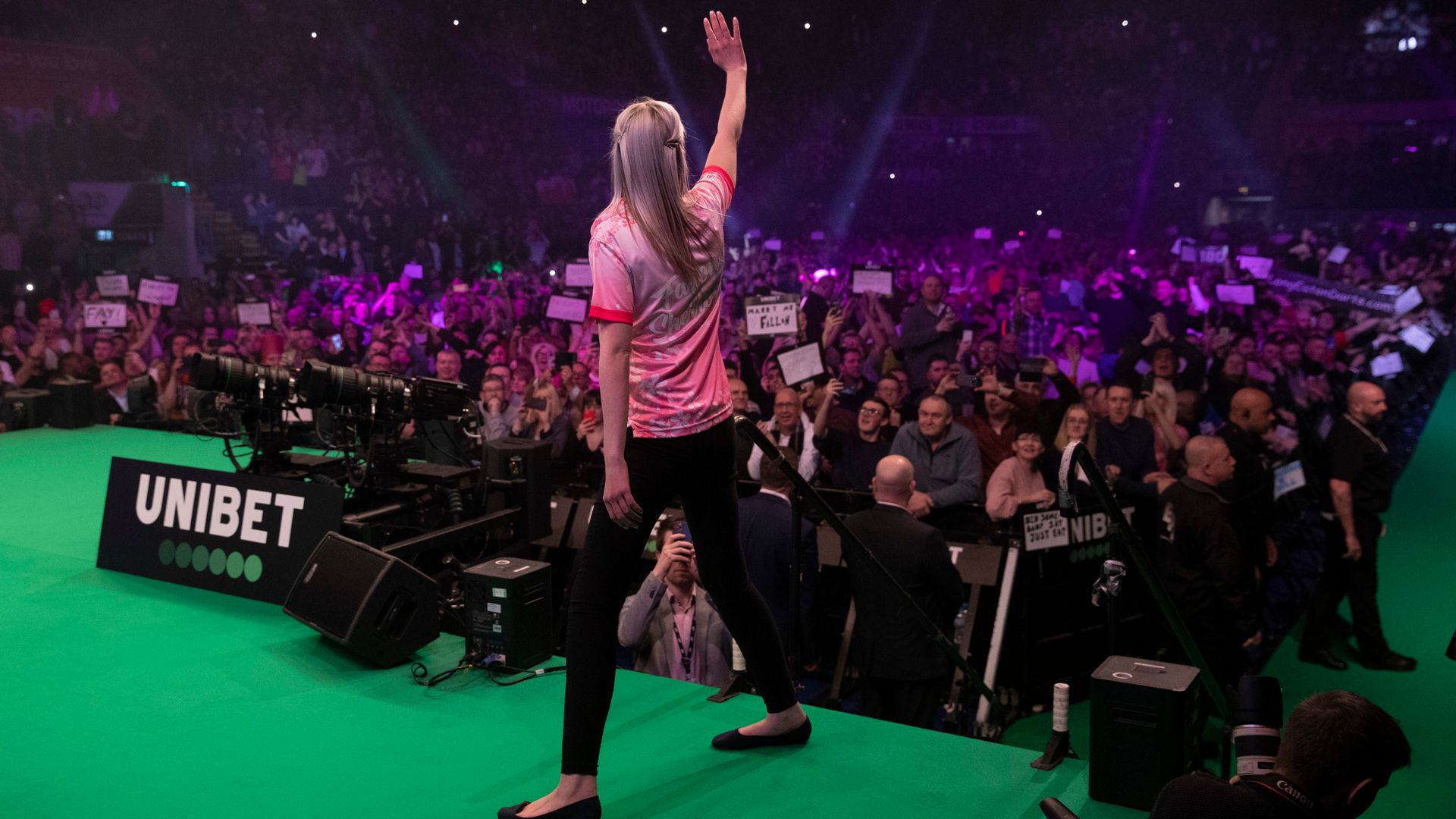 Fallon Sherrock has been included in the list on invited players for the World Series of Darts Finals, but Premier League leader Glen Durrant is a surprise omission.

With the World Series events in Australia, New Zealand and New York all cancelled, the qualification for the event currently scheduled for Salzburg in September was effectively made redundant.

It has left the PDC with a balancing act to strike between the best players in world darts and those who had been scheduled to compete in the events around the globe.

‘Queen of the Palace’ Sherrock has missed out on a date at Madison Square Garden as the US Darts Masters was cancelled but after thrilling with her wins over Ted Evetts and Mensur Suljovic, as well as a memorable draw on her Premier League debut against Durrant she will get another chance to impress.

Also on Sherrock’s radar will be the women’s World Championship qualifier scheduled for November and the Grand Slam of Darts where the BDO’s traditional eights spots could be the subject of invites.

Austria’s own Mensur Suljovic is also on the list but the absence of three-time BDO world champion Duzza, a four-time televised major semi-finalist since his switch to the PDC over 18 months ago will raise eyebrows, as will the absence of Poland’s Krzysztof Ratajski while also underlining the growing strength in the game

Alongside the 20 names invited, four spots will be up for grabs via a qualification event that will be open to all Tour card holders and Durrant and Ratajski will have to battle it out with the rest of the hopefuls.

The PDC returned to action behind closed doors in July with the successful five-day Summer Series and the World Matchplay all at the Marshall Arena in Milton Keynes which will also host the Premier League’s return at the end of August.

On Monday, the PDC also confirmed an Autumn Series for Hildesheim in Germany in September, which will be the resumption of the Pro Tour season and the first Pro Tour action away from Milton Keynes.