Maxi Hughes knows just how much is riding on his showdown with Jono Carroll next week – admitting that a victory could catapult him into boxing stardom.

Hughes (20-5-2, 4 KOs) faces recent world title challenger Carroll (18-1-1, 4 KOs) in the main event of an #MTKFightNight at Production Park Studios in Wakefield on August 12, live in the US on ESPN+ in association with Top Rank and worldwide on IFL TV.

Carroll is in fantastic form heading into the bout, following his superb victory over Scott Quigg in March, but Hughes plans to derail that momentum and become a big name in his own right when they meet next Wednesday. 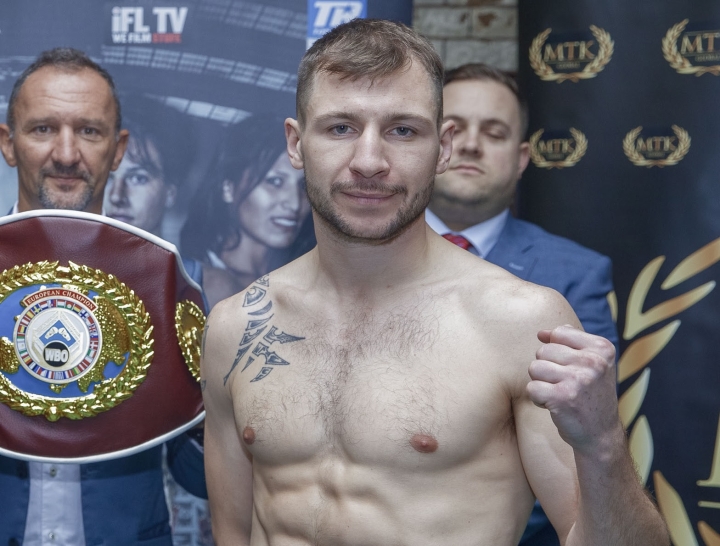 Hughes said: “Winning this fight will raise my profile and put me in a good position. After this I’d like the big fights to keep coming my way as well as the titles.

“I’m more than happy to travel to fight, and I’ve always wanted to fight abroad, so that would be nice if I win this fight. It’s a shame it is behind closed doors because I know all of my fans would have loved to come to watch this, but as soon as I get in the ring I’ll be focused.

“The ring walk will probably feel very strange at first, but once we’re fighting it’s going to just be like sparring in the gym, and we’ve all done that plenty of times.”

Carroll vs. Hughes is part of a huge show on August 12, which also features Sean McComb taking on Siar Ozgul, Craig MacIntyre going up against Darren Surtees, Sahir Iqbal and Maredudd Thomas clashing for the WBC Youth title, and the return of Pierce O’Leary.