Javier Fortuna waited months for word of his rescheduled ring assignment, though even that paled in comparison to the best boxing related news he’s heard this year.

The former two-division titlist was among many in the industry overcome with joy upon learning that his promoter, Sampson Lewkowicz was given a clean bill of health following thyroid surgery in late July. News of the successful procedure came as Fortuna prepares for his 12-round lightweight clash versus former three-division titlist Jorge Linares on August 28, live on DAZN from Fantasy Springs Resort Casino in Indio, California.

“Thank goodness, Sampson is healthy and already back to work,” Fortuna told BoxingScene.com. “We spoke before his surgery and several times already since his immediate recovery. It was a blessing to hear that he is once again cancer-free.” 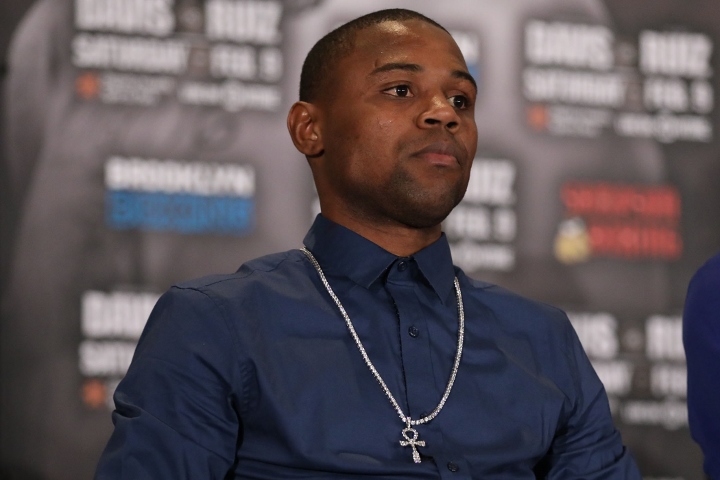 The renowned promoter was forced to undergo surgery on July 28, one month prior to Fortuna’s first fight of 2020. The opportunity was originally slated to come versus England’s Luke Campbell (20-3, 16KOs) on April 17 for the WBC lightweight title, only for the event to get shut down due to the ongoing coronavirus pandemic.

It was also enough of a loophole for Devin Haney (24-0, 15KOs) and his team to exploit in having the title returned to him months after vacating for inability to defend versus Fortuna (35-2-1, 24KOs)—his mandatory challenger at the time—due to injury.

The Dominican southpaw now settles for a crossroads bout with Linares (47-5, 29KOs), with the WBC Diamond title at stake and the promise of a title shot awaiting the winner. Naturally, Fortuna has every intention of securing that spot along with his place in history—and now with additional motivation.

“I feel like I’m fighting twice for the same opportunity that was already promised to me, but I can’t let that bother me,” notes Fortuna, who stopped Jesus Cuellar in the 2nd round of their title eliminator last November in Oxon Hill, Maryland. “I watched my promoter knock out cancer, and I can’t wait to show my gratitude for all he’s done by becoming the first-ever three-division world champion from Dominican Republic.”

Berchelt: Fans Are Already Desperate To See Me and Valdez Fight

Chan 2021: ‘I consider Togo meeting the last game of my life’ – Rwanda’s Tuyisenge