Asloum Event began the new season with a show on August 29 in Cap d’ Agde (France) billed as No Limit XII.

On the bill is the likes of lightweight Yvan Mendy (44-5-1), super featherweight Guillaume Frenois (47-2-1), bantamweight Elie Konke (9-0), middleweight Christian Mbili (16-0) and former Olympian Sofiane Oumha in his pro debut. Opponents for all are to be announced.
…

Sergio “Maravilla” Martinez is training in Torrelavega for his comeback on August 21 in the very same town. Sparring partner is German Jama Saidi, who trains for a fight against Vincent Feigenbutz on August 28 in Berlin.

Saidi’s stablemate Jack Culcay is also in Torrelavega and spars with reigning EBU 154 lb champ Sergio Garcia, who take on Pablo Mendoza in a non-title fight on August 21. 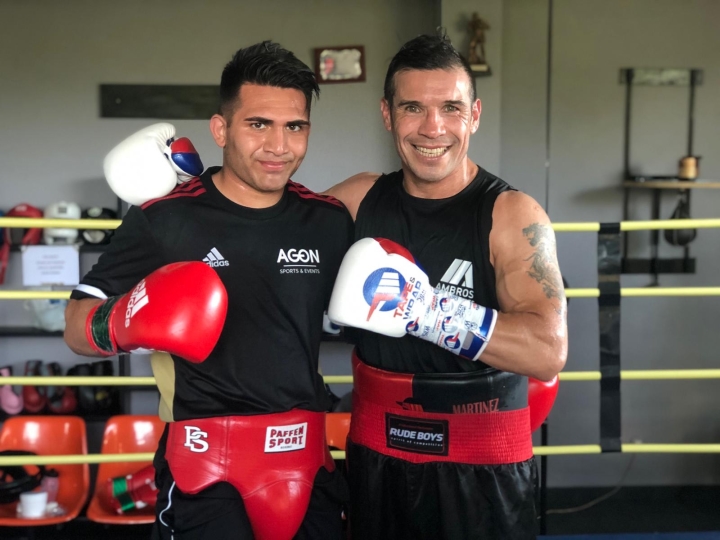 Italian site boxeringweb.net writes that Edis Tatli vs Gianluca Ceglia for the vacant EBU lightweight title will go ahead on November 14 in Helsinki (Finland). This fight was first scheduled for August 8 in Savonlinna but was cancelled when Tatli had to undergo surgery due to an injured shoulder. The date is not confirmed by Tatli’s trainer Pekka Maeki.
…

Unsung Finnish super lightweight Oskari Metz (12-0) pulled off quite an upset in Radom (Poland) this past weekend when he outscored EBU # 11 Michal Syrowatka (32-4). Metz hurt the Pole with a bodyshot in the first and he never recovered – or was out of shape to begin with. Either way he lost every round in a fight that was scored 80-72 for Metz, who went past six rounds for the first time in his career.
….

Maltese light heavyweight Malik Zinad (16-0) headlined is own show in Hal Luqa Friday (July 31) and knocked out Czech Ondrey Budera (12-17-1) in the seventh of a scheduled eight-rounder. Budera went down and out from a right after a lethargic performance.