As Dmitry Salita prepares to put on his first boxing show of the COVID-19 era, he is ratcheting up his safety procedures…just don’t expect them to have all the bells and whistles of some of his more cash-flush peers.

“We can’t do what Top Rank is doing (with ‘The Bubble’),” Salita told BoxingScene.com. “That’s a very sophisticated series of events with ESPN and the MGM. But we’re abiding by the laws of the Michigan State Athletic Commission and working closely with them and making sure we’re doing what’s required and doing our best to keep fighters safe, according to COVID protocol.”

“Testing, COVID questionnaires, temperature monitoring…I looked at all the models and saw what we are able to replicate here in Michigan,” Salita added. 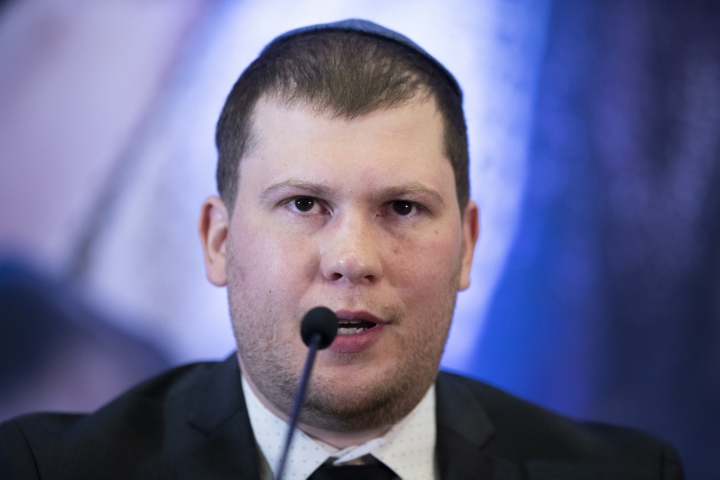 Salita is the latest to try his hand at staging boxing events as the novel coronavirus continues to roil the country, joining the likes of Top Rank, Premier Boxing Champions, Matchroom, and Golden Boy. Of course, there is one key difference. As a small promoter, Salita doesn’t have a partnership with powerful network who can subsidize his operations, the way Top Rank does with ESPN, PBC with Fox and Showtime, Matchroom and Golden Boy with DAZN. Small promoters rely on the gate, but in a time when crowd-gathering poses a considerable threat to public health, that’s no longer a viable revenue stream. And even for those who have a broadcast partner of some sort, the TV revenue often is not enough to warrant putting on a show without a crowd, not to mention all the additional costs, such as COVID-19 testing, that currently apply. Hence, you don’t see small promoters – Lou DiBella (DBE), Joe DeGuardia (Star Boxing), Kathy Duva (Main Events), et al. – doing much these days. The exception is Ken Thompson’s Thompson Boxing, who put on a small pay-per-view card in July in Corona, CA.

So…what is Salita exactly thinking with this latest venture?

“Well, we’re trying to build a forward-looking business,” Salita said. “I am looking to get into the top tier of the promotion business and this show is a strategic move for me. Most importantly, our fighters need to get busy. This is a situation we’ve never been in before.”

Salita emphasized that his concern is to make sure he can help advance his fighters’ careers in this time and get them a sorely needed paycheck. As for the business side of things, Salita wasn’t exactly hopeful.

“There’s a great risk in running these events and there are costs that aren’t recuperable,” Salita said. “These are every challenging times and I can’t comment on what other promoters are doing, but in this time it’s important that we help one another to help us survive in this industry.”

The tentative plan right now, Salita says, is to do five shows with Fight Pass, ideally at a rate of one per month. Most of the talent will be prospects sourced from the local Michigan area. In other words, don’t expect to see Shields or junior welterweight Shohjahon Ergashev on these shows. (Shields is aligned with Showtime and is still awaiting a date, while Salita is hopeful that Ergashev could potentially face Regis Prograis later this year, possibly on DAZN). Asked about the license fee Fight Pass was providing for these shows, Salita would not comment. Multiple sources familiar with the deal, however, say that Fight Pass offered essentially the same amount it was offering to promoters pre-Covid.

The reality that Salita faces is that no matter how stringent your safety protocols are, you can’t completely eliminate all risks. There is the recent example of Top Rank, which, despite its state-of-the-art protocols, still had a staggering number of fights cancelled due to fighters testing positive for the virus. Most recently, the PBC had Stephen Fulton dropped from Showtime’s Aug. 1 main event after he tested positive for the virus last week. All of that has given Salita pause, but it has not dissuaded him from restarting his business.

“There is no perfect formula to make it mistake-free,” Salita said. “You learn and you improve your methods. I’ve been in touch with matchmakers. They have the toughest job in the business (right now). You have five fights scheduled for TV and three of the fighters failed a test, so what can you do? You try your best and there’s nothing more you can do. All we can do is schedule the fights locally and monitor the fighters’ health and try to make sure that the show goes on.”

Moreover, Salita’s backup plans can only go so far. While he has replacement fighters ready in the wings to fill at a moment’s notice, due to the lower level nature of his cards, if the A-side in the main event, such as Shishkin, tests positive, he will likely have to cancel the card outright.

“Some fighters may get COVID-19 and we may not be able to run the event, that’s a possibility,” Salita said. “This is a very contagious virus. We’ll do our best to make sure fighters are tested and that the safety protocols are implemented to the best of our abilities. In the end, the fighters need to work but in a safe environment.”

“One of the things in this situation is to look at the bright side,” Salita added. “We want to keep boxing alive. Detroit is a big sports town.”

Aberdeen bounce back to beat Motherwell

Bristol City through with dominant win at Millwall