If the 52 years Christy Martin has been on this planet have proved anything, it’s that she’s a fighter, in and out of the ring. So, it is really no surprise that despite the COVID-19 pandemic, she’s planning on delivering a fight card to fans in Daytona, Florida on August 15.

Yes, to fans, who she hopes will be in attendance at the Ocean Center to not just try to get back to some normalcy, but to support the fighters eager to get back to work.

It’s not easy. In fact, it’s the opposite of easy, so the question is, how many times has “The Coal Miner’s Daughter” questioned why she was attempting this?

“Almost daily,” laughs Martin. “But the reason I so badly want to make this happen is because as a fighter, I know how it feels to train and train and train and never get the opportunity to go out there and fight. This show was originally scheduled for March and of course everything was closed down, and then we scheduled it for May and we were still not open. So we’ve had to move this particular show.”

July was another date that was scrapped when two fighters on the card tested positive for COVID-19, but Martin is back in the fray and swinging back, hoping that her fighters can fight. But if the August date doesn’t pan out, she admits that her focus will then turn to 2021.

“If this one doesn’t happen, I will not try again until next year,” Martin admits. “And once I see that other things are happening and moving forward, then I’ll try again. I guess the saving grace for the fighters is that I was a fighter and I understand how they feel, so I want to give them the opportunity to go out there and fight. With that being said, I can’t foot the bill for them to go out there and fight. In a best-case scenario, we will break even, but I’m okay with that because I feel like I’ve kept Christy Martin Promotions out there and I’ve given 28 fighters the opportunity to do what they love.” 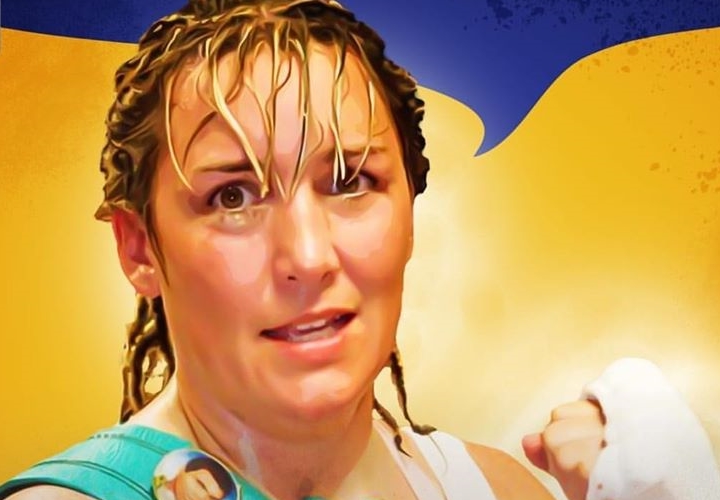 This will be Christy Martin Promotions’ 15th event. That’s a victory in and of itself, especially since this isn’t a lucrative endeavor for one of the first women (with Lucia Rijker and Barbara Buttrick) to be selected for induction into the International Boxing Hall of Fame. Then again, certain things mean more than money, even if Martin sounds understandably drained over the whole promoting business. I tell her she just needs a little more of her former promoter, Don King, in her delivery.

“I do love it,” Martin said. “But it is very stressful for me. It was so much more fun to be the fighter, and I could talk to you all day long about how I couldn’t wait to get into the ring, and I was gonna knock somebody out. I loved all the hype and all that. But the promoting end of it, I learned from the best, so maybe I need to interject a little bit more of his personality into my promotion. But it’s hard. (Laughs) Whatever can go wrong will go wrong and it’s only me. I make the matches, I call to make sure the insurance gets there, I book the fighters’ flights, I do it all. And it’s stressful.”

Throw in a worldwide pandemic and the stress has gone off the charts. Martin does have a plan, though, and she plans on seeing it through.

Taking place in a 9,000-seat venue, Martin says 500-600 people would be a win for her. As far as precautions for those fans, masks will be mandatory and handed out at the door for those who don’t have one, temperatures will also be taken before entering the venue, and social distancing will be enforced, with each set of two seats on the floor separated from the next two by six feet. Martin says she will do her best to accommodate families by placing them together and then distancing them.

“The Ocean Center is working with me to accommodate everybody,” she said. “And I feel like we’re doing what we can as a promotion. These people are coming because they want to come to boxing, not because they have to, and I feel like they will be willing to work with us and help with the social distancing and the things that will help keep them and the other spectators safe.”

One of Martin’s partners and sponsors, Gardner Payne, even secured a deal with Argentina’s TCY TV to air the card, which is headlined by a bout pitting the 2016 Olympian from Buenos Aires, Alberto Palmetta, against Tre’Sean Wiggins.

So the nuts and bolts are there for a successful event, but the elephant in the room is that Florida has become the epicenter of the coronavirus, with cases rising every day. That means every morning Martin wakes up, there’s bad news.

“Absolutely,” she said. “Unfortunately, the lead story on most news channels is Florida breaking another record for the number of cases or even the number of deaths due to COVID. So, it’s scary just for life. I question and I wonder if this is the right thing to do to try to do the show, but again, I look at it through these fighters’ eyes, and I want to give them the opportunity to go out there and display their skills.”

But with the Florida commission not requiring pre-fight testing for the event, it’s up to the fighters to make sure they’re healthy and COVID free before they step into the ring. That’s something always in the back of Martin’s mind, and it’s required a lot more leg work and plenty of phone calls in terms of making sure the 26 fighters on the 13-fight card have either been tested or are going to be. Several have also been isolating within their training camps, doing whatever it takes to make sure they’re ready to go on fight night, making her confident that come August 15, they will get their chance to shine. And frankly, that’s all she wants.

So what’s Martin’s payoff in all this if it’s not financial?

“It’s definitely not financial,” she laughs. “I think I’ve been driven most of my life by people telling me I couldn’t do it. And so it’s a little bit to show people that I can promote boxing. And I’m paying my dues, just like I had to pay my dues when I was a four-round fighter and when I was a six-round fighter. And when I moved up a level, it was because of the work I had put in. And that’s what I’m doing as a promoter. I’m putting in that four-round and six-round work now. But I’m gonna get to that championship level at some point. I want to be a successful promoter. It’s the same thing as when I was a fighter. I wanted people to walk away from the fight saying she was a good fighter, not that she’s a good woman fighter. I wanted them to say, ‘Wow, that was a good fighter.’”