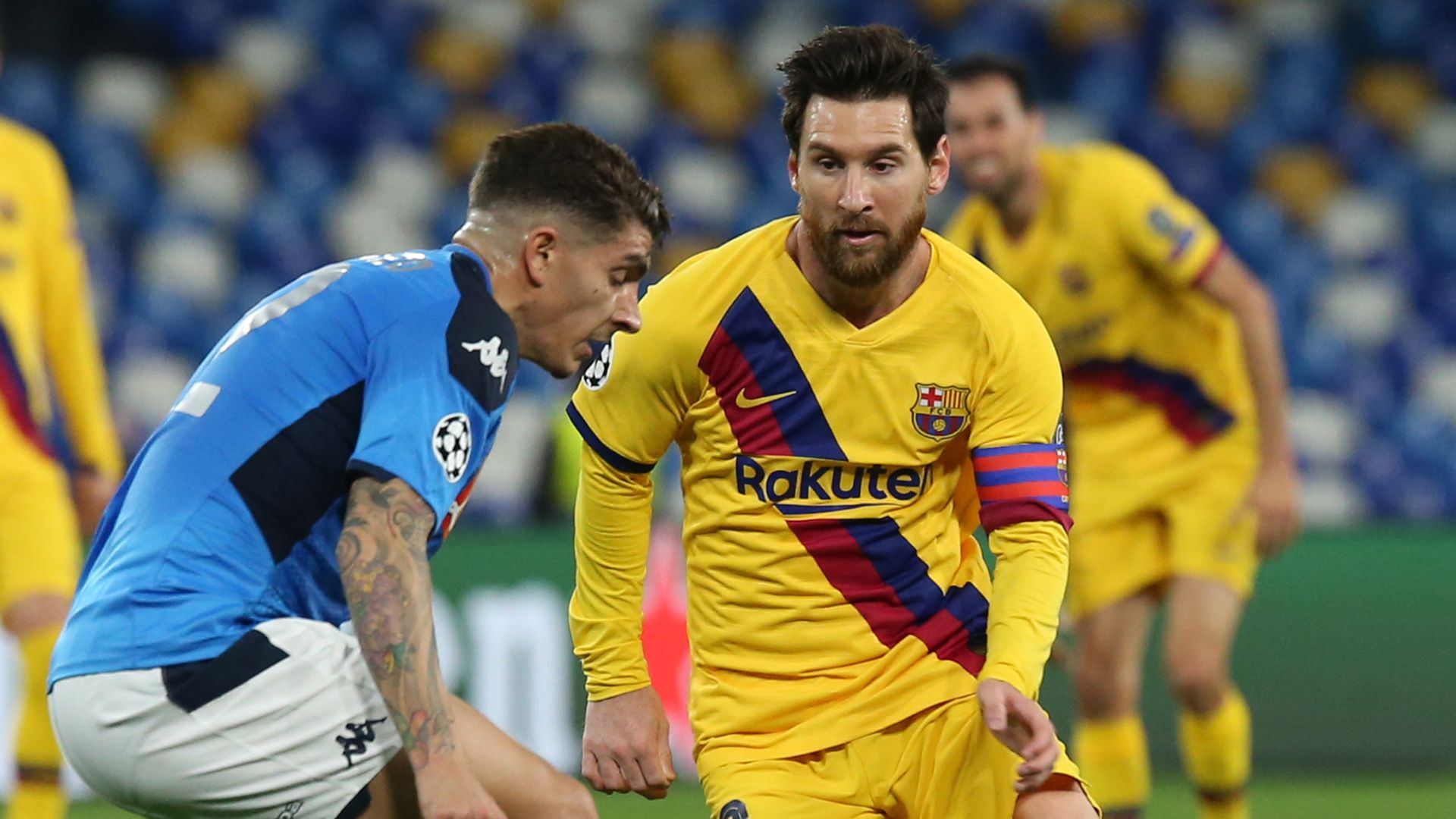 Team news, stats and prediction as Barcelona host Napoli in the last 16 second leg of the Champions League.

Barcelona central defender Samuel Umtiti misses out (knee), while midfielder duo Sergio Busquets and Arturo Vidal are both suspended for the Catalans.

Forward Ousmane Dembele trained on Wednesday as he continues his recovery from a long-term hamstring injury, although the game probably comes too soon for the Frenchman.

However, Antoine Griezmann, Clement Lenglet and Frenkie de Jong are all available after recent injuries and Ivan Rakitic may start in midfield.

Meanwhile, Napoli are set to be without centre-backs Kostas Manolas (rib) and Nikola Maksimovic (knee) with injury, although the visitors expect key striker Lorenzo Insigne to feature after recovering from the thigh injury he sustained against Lazio last weekend.

Follow Barcelona vs Napoli on Sky Sports’ digital platforms with a dedicated live blog from 6.45pm on Saturday.