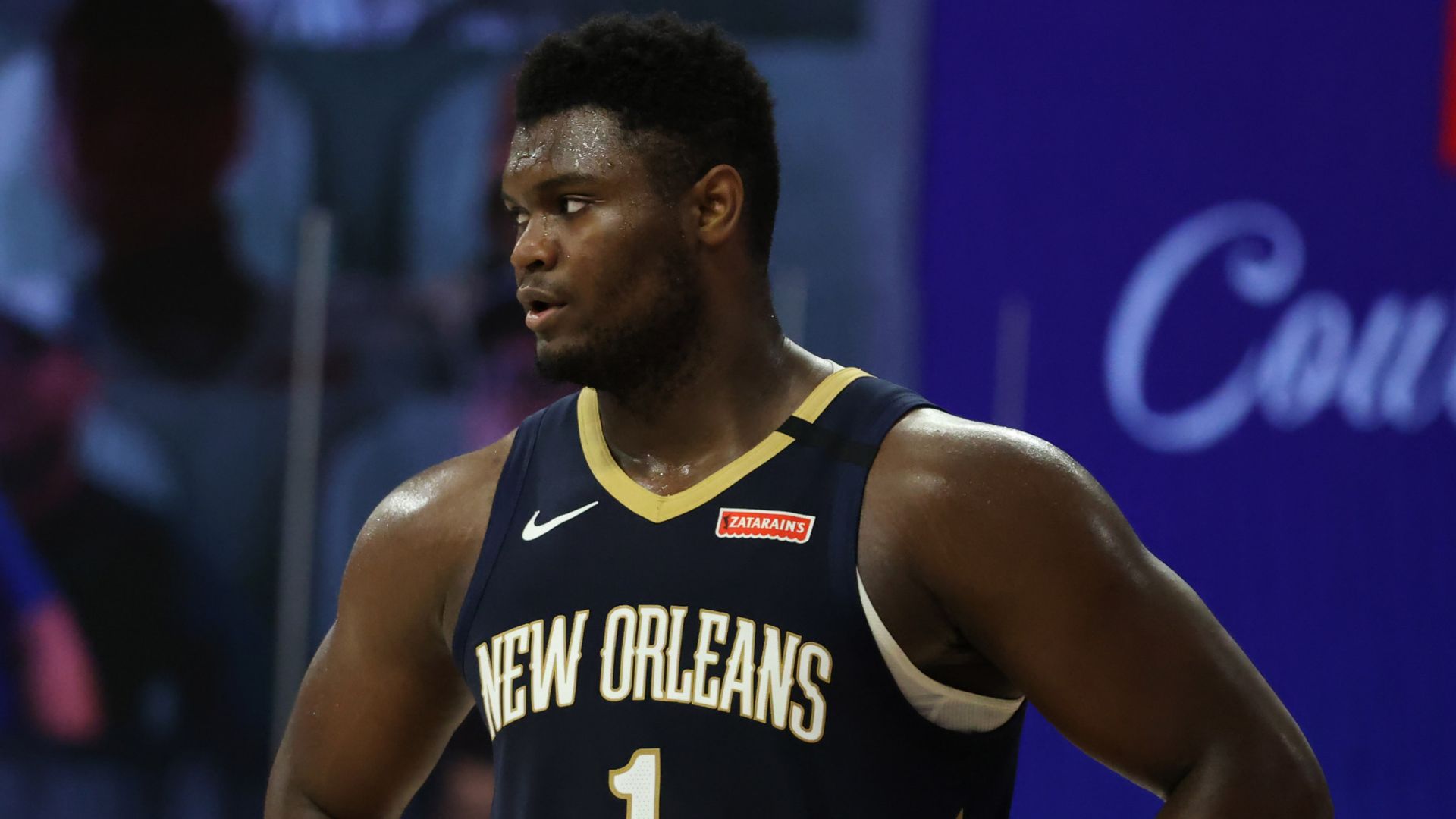 Zion Williamson told reporters he is finding it tough to deal with playing limited minutes as the New Orleans Pelicans fight to keep their playoff hopes alive.

The Pelicans (28-38) have been ultra-cautious with their prized asset after he returned to the NBA’s Orlando bubble after tending to an undisclosed family matter.

Williamson played a combined 29 minutes in the Pelicans’ opening two restart games, a 106-104 re-opening night loss the to the Utah Jazz and a 126-103 hammering at the hands of the LA Clippers on Saturday.

On Sunday, the 2019 No 1 overall draft pick was asked by reporters how he is coping with his limited playing time and spending short bursts on the court.

“It is very tough, to be honest,” he said. “As soon as I start to break a sweat, I look over and that horn is for me and I have to come out of the game. When I catch the flow of the game, that horn goes off and it is for me.

“If I get frustrated that doesn’t help the situation. I try to look at it from different perspectives. While I am out there, what can I do to contribute? It is still fun but not to the full extent you are all used to seeing [from me]. I am a competitor and I want to stay on the court. When I come out of the game, my competitive side is telling me, ‘I just want to stay in’. I guess that affects the fun a little bit, but not too much.”

After Saturday’s loss to the Clippers, Williamson said the Pelicans vowed to put the defeat behind them quickly, saying “it’s a loss, but we have got to move on and focus on the next game and worry about getting the win.”

However, Williamson understands his team have issues they need to resolve quickly. Their opening two performances have been turnover-filled and the team have been uncharacteristically clunky on offense.

“I think [we have] just [been] overpassing,” he said. “Some of us were passing up good shots. Sometimes, four people would make a cut when only one or two people needed to do it. That forces people into passing out of bounds or passing behind someone. In both games, both teams capitalised on our turnovers. That has been a key part of our losses.”

When Williamson made his Pelicans debut in January, he played for limited minutes in his first two appearances before his playing time jumped in the third. Does he expect that pattern to be repeated as the Pelicans get ready for their third restart game, a critical clash against Ja Morant and the Memphis Grizzlies, live on Sky Sports.

“Honestly, I am not going to give you an answer to that question,” Williamson said. “I don’t want to give you something and then it turns out to be something else. We will find out on Monday night.”

Like the Pelicans, the Grizzlies (32-35) have suffered defeat in both of their games in the bubble thus far. To make matters worse, those losses came against the Portland Trail Blazers (30-38) and the San Antonio Spurs (29-36), the two teams now putting genuine pressure on Memphis in the race for the eighth seed in the West.

Speaking on NBA TV’s Gametime, Hall of Famer Kevin McHale reflected on the biggest threats posed to the Grizzlies who, even if they hold onto eighth place, will end up in a play-in game if the ninth-placed team finishes within four games of them. After Sunday’s games, all five teams below Memphis are within now four games.

“The biggest threat to the Grizzlies right now appears to be the Grizzlies!” said McHale “They have got to win some games. They were playing really well when the season was shut down but they haven’t played that well in their opening two [restart] games.

“Right now, I see the Spurs and the Trail Blazers [as the two biggest challengers to the Grizzlies]. Those two are really going to fight Memphis for the eighth spot or [for the right to face them] in a play-in game.”