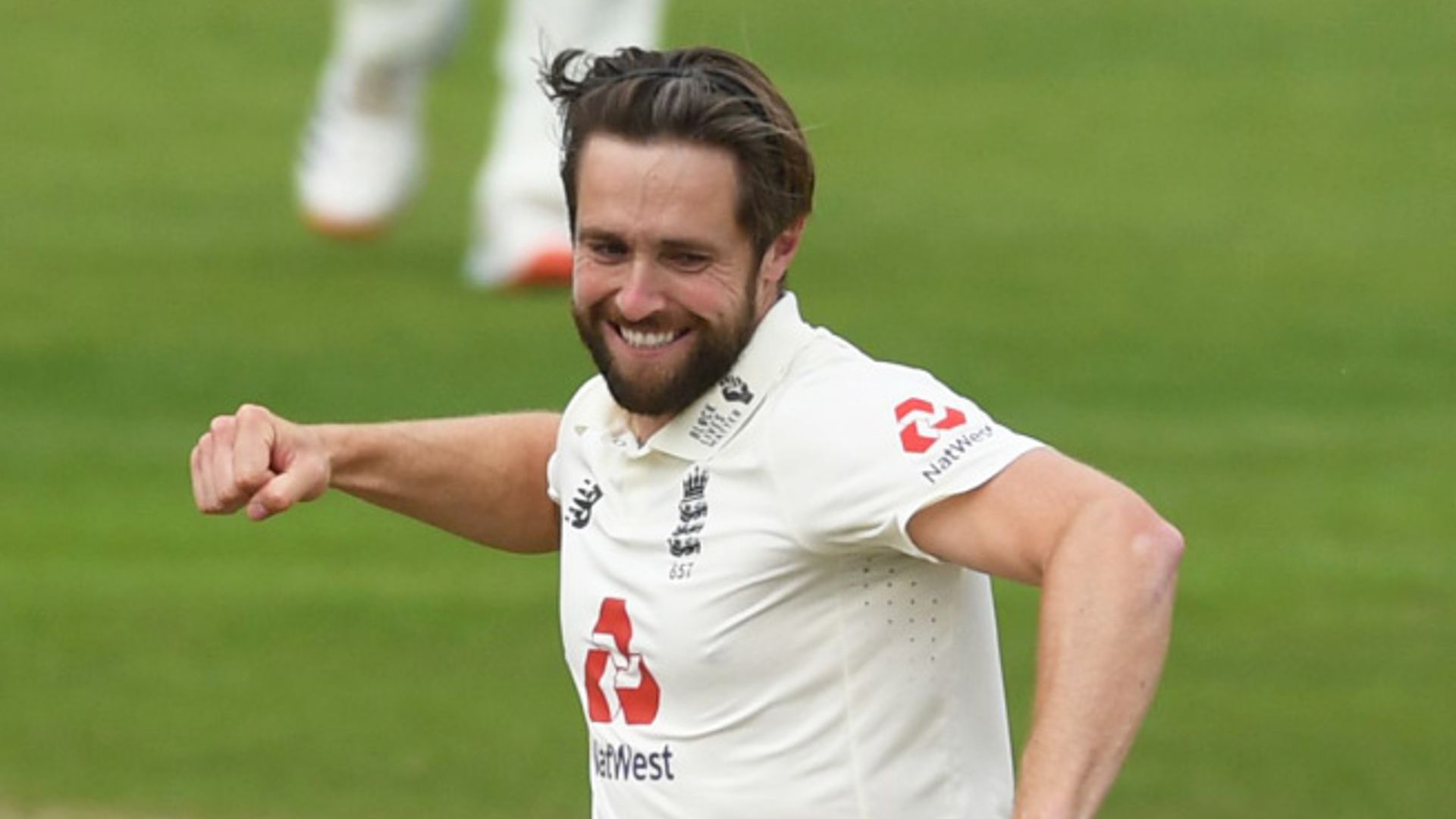 “I want to make match-winning performances for England but it really doesn’t bother me if I’m first choice to write about or not, to be brutally honest”

Chris Woakes insists he is happy to remain England’s unsung hero as they prepare for the first Test against Pakistan at Emirates Old Trafford.

The bowling all-rounder was integral to England’s series win over the West Indies, taking five wickets on the final day of the third Test to bowl Joe Root’s side to victory in Manchester but with Stuart Broad claiming his 500th Test wicket the same day, Woakes again went under the radar.

It is something he has had to get used to with England greats Broad and James Anderson, as well as fast bowlers Jofra Archer and Mark Wood, often taking the headlines despite Woakes’ consistently impressive displays, particularly in home conditions.

“I honestly really don’t mind. I’m not one for being centre of attention,” he told reporters.

“Don’t get me wrong, I want to go out on the field and perform and I want to make match-winning performances for England but it really doesn’t bother me if I’m first choice to write about or not, to be brutally honest.

“My stats have been mentioned and they’re very good in England, I want to keep working on those, keep improving on them and making them as good as they can be. At my age and where I am now at 31, it’s unlikely that I’m going to go on and get 500 Test wickets like Jimmy and Broady but I still want to go on and get as many as I can individually.

“I still feel like I can provide really good services to England for many more years to come so I’m happy with how it works and as long as I continue to be able to represent England then I’ll be happy.”

Even with 81 wickets at 22.53 in home Tests and a five-for in his last outing, Woakes cannot even be guaranteed a place in the XI for the series opener against Pakistan – let alone a starring role – such is the competition for places among the England seamers.

But the World Cup winner says it has made training very interesting.

“It makes practice intense,” Woakes said. “I think the batters will speak volumes on that.

“Down at the Ageas Bowl when we were training in prep for the West Indies series, it was extremely high intensity practice and the nets were doing a bit as well so the batters found it hard work. The bowlers are trying to force their way into the team and that is only a good thing.

“I hope that I have done enough to be in that starting XI. But competition is high at the minute, we’ve still got two of England’s greats charging in and taking wickets every time they play and we’ve got exciting fast bowlers as well.

“It’s not an easy team to just be cemented in. My record in England is brilliant, I’m obviously pleased with that, I want to keep getting better and improving myself and every time I get the opportunity to play for England, whether it is home or away, I’m giving 110 per cent and trying to do my best for the team.”

With three Tests in as many weeks, England’s rest and rotation of their fast bowlers is likely to continue against Pakistan, who have an exciting pace attack of their own and will be aiming to extend a stretch of 10 years since they lost a series to England.

“Pakistan are always a competitive team,” said Woakes. “They’ve got good experience and some exciting young players, as they always do. Some exciting fast bowlers as well. We know they are going to be a tough challenge.

“We’ve played them enough now, particularly in our home conditions, to know that they’re always a challenge and always competitive.

“We look at every opposition and think that they are going to be hard work, we know that we’re going to have to be at our best. We’ll do out homework as best as we can, analyse as much as we can and then try and go out and do the business.”

Watch the first #raisethebat Test between England and Pakistan live on Sky Sports Cricket and across our digital platforms from 10.30am on Wednesday.